What is BALLYA Trichinosis Test?

Trichinosis is a zoonotic disease caused by Trichinella spiralis. People are infected with live Trichinella larvae from raw or undercooked food. The main clinical manifestations are gastrointestinal symptoms, fever, eyelid edema and muscle pain.
Humans are infected by eating raw or undercooked pig or other animal meat. Cysts in skeletal muscle can survive for 57 days at 12 o'clock, and can survive for 2 to 3 months in carrion. Inadequate grilling or rinsing is not enough to kill the cyst larvae. In addition, feces transmission among animals has received certain attention, and such transmission between people is not impossible, especially the feces excreted within 4 hours after infection are the most infectious.

What is Trichinella spiralis?

The male body of the spirochaete is between 1.4 and 1.6 mm in length, and the front is flatter than the rear. The anus is at the end, with a large mating pseudocapsule on each side. Spirochetes are about twice as female as males and have anus at the ends. The vulva is located near the esophagus. A female's single uterus is full of developing eggs in the back, while the front contains fully developed larvae

Female Trichinella worms can survive for about six weeks, during which time they can reproduce up to 1,500 larvae. When a spent woman dies, she leaves the owner. Larvae can enter the circulatory system and migrate around the host's body to look for encapsulated muscle cells. Migration and encapsulation of larvae cause fever and pain, which are caused by the host's inflammatory response. In some cases, accidental migration to specific organs and tissues can cause myocarditis and encephalitis, and can lead to death.

When larvae invade the muscles, the muscles become acutely inflamed, manifesting as degeneration of myocardial cells, tissue congestion, and bleeding. In the later period, a muscle biopsy or post-mortem muscle examination revealed that the muscles were pale, and there were white nodules the size of a needle tip on the cut surface. Microscopic examination revealed the cysts of the worm body, and there were larvae bent in the shape of a folding knife. Peripheral cysts formed by connective tissue. When the adult invades the intestinal epithelium, it causes inflammation of the intestinal mucosa, showing mucosal hypertrophy, edema, infiltration of inflammatory cells, increased exudation, intestinal contents filled with mucus, mucosal bleeding spots, and occasional ulcers.

What is swine trichinosis?

Sick pigs are usually infected with mild symptoms without infection, or with mild enteritis. Severe infection, increased body temperature, diarrhea, blood in the stool; sometimes vomiting, loss of appetite, rapid weight loss, death in about half a month, or chronicity. After infection, the larvae enter the muscles and cause acute muscle inflammation, pain, and fever, sometimes swallowing, chewing, difficulty walking, and eyelid edema. The symptoms disappear after 1 month, and the pigs that have been resistant to the disease become long-term carriers.

It is difficult to make a diagnosis based on clinical data. The larvae produced by Trichinella do not excrete with feces; although occasional Trichinella cysts or larvae are occasionally found in the host's feces, they are extremely difficult to find, so the fecal examination method is not suitable for the disease. If the disease is suspected, it can only be diagnosed by experimentally examining the worms in the muscles. Cut a small piece of tongue muscle, press it, and observe it under a microscope. There are two layers of structures outside the cyst that parasitizes in the striated muscle. The larvae are curled into the cyst like a knife. The width of the cyst is about 0.3 mm and the length Approx. 0.4 mm, white needle-shaped on the eye. Serological tests can also be applied, using enzyme-linked immunosorbent assays, indirect hemagglutination inhibition tests, intradermal tests, and precipitation tests to test whether trichinella specific antibodies are increased in the serum. If it is increased, the disease can be determined.

How to treat swine trichinosis?

There is no specific treatment for this disease. Can be tried with prothioimidazole, thiabendazole or tomidazole, 25-40 mg per kilogram of body weight per day, orally divided into two or three times, one course of treatment for 5-7 days, which can kill adults and muscle larvae.

How to prevent trichinosis?

The premise of preventing the disease is to improve citizens' awareness of safety and health, which is the key to prevention. On this basis, do a good job of public health, strengthen breeding management, and burn or bury animal corpses. Pig farmers are prohibited from feeding pigs with meat washing water to prevent the disease; for personal safety, pig farmers should regularly check and deworm insects, and pay attention to personal hygiene; health and quarantine departments should strengthen quarantine. Once sick pigs, sick meat are found, Dispose of them in strict accordance with the (Food Sanitary and Quarantine Regulations) and the Animal Sanitary and Quarantine Regulations; pig houses and pig farms should try to eliminate rats and prevent pigs from swallowing dead carcasses and other animals to reduce the chance of infection and transmission.

Which animals can be detected by the BALLYA Trichinosis test?

The BALLYA Trichinosis test can be applied to all kinds of pigs. The characteristics of this product are short detection time, simple operation and low price. 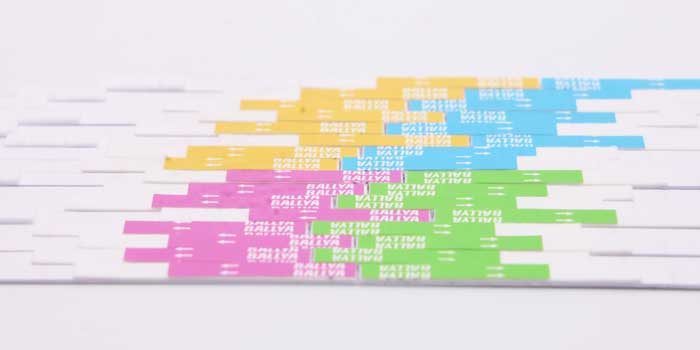 How to use BALLYA Trichinosis Test?

Blood Sample
1. Add 2drops of whole blood or serum into the buffer solution test tube.
2. Cover the lip and shake.
3. Take out and place the card on the flat desk.
4. Absorb the sample and add 4 drops into the sample well carefully.
5. Read the result for 10 minutes. The result after 15 minutes is invalid.

Flesh Tissue Sample
1. Cut down 1g flesh tissue, no fat.
2. Cut up the flesh and add into the buffer solution test tube.
3. Cover the lip and shake.
4. Take out and place the card on the flat desk.
5. Absorb the sample and add 4 drops into the sample well carefully.
6. Stand for 10mins at room temperature and read the result. The result after 15minutes is invalid.

BALLYA Trichinosis Test is a qualitative test kit. It’s only for screening purpose. If have positive cases or suspected case, maybe use other detection method to make a further detection, such as, ELISA, PCR, qPCR, etc.

The pig industry has developed rapidly, and people's demand for pork has increased significantly. In order to protect consumers' meat safety and physical health. Swine trichinellosis, as one of the diseases that must be inspected for pig slaughter and quarantine, shows its great safety significance.
BALLYA Trichinosis Test provided by BALLYA can effectively detect whether there is pig trichinellosis. This kit is not only simple to operate, but also has a short test time and high accuracy. Allow the veterinarian to respond accordingly.

Where to buy BALLYA Trichinosis Test?