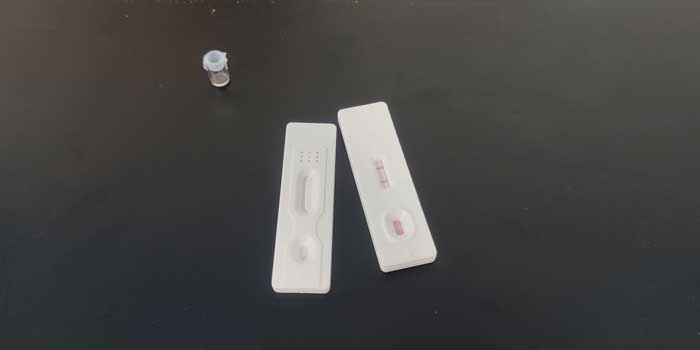 What is BALLYA Ofloxacin Test?

How Ofloxacin uses for?

1. Urine alkalizing agent can reduce the solubility of the product in urine, leading to crystal urine and renal toxicity.
2. When quinolone antibacterial drugs are combined with theophylline, the liver clearance of theophylline may be significantly reduced due to the competitive inhibition of the binding site with cytochrome P450, and the blood elimination half-life (t1 / 2 ()) is prolonged, and the blood drug concentration is increased. Symptoms of theophylline poisoning appear, such as nausea, vomiting, tremor, restlessness, agitation, convulsions, palpitations, etc. Although the metabolism of theophylline is relatively small, the theophylline blood concentration and dosage should be measured when combined.
3. The combination of this product and cyclosporine can increase the blood concentration of cyclosporine. It is necessary to monitor the blood concentration of cyclosporine and adjust the dose.
4. Although the product is used in combination with the anticoagulant warfarin, although the enhancement of the latter's anticoagulant effect is small, the prothrombin time of the patient should be closely monitored during the combination.
5. Probenecid can reduce the secretion of the product from the renal tubules by about 50%, and when combined, it can cause toxicity due to the increased blood concentration of the product.
6. This product can interfere with the metabolism of caffeine, resulting in reduced caffeine clearance, prolonged blood elimination half-life (t1 / 2β), and may produce central nervous system toxicity.
7. The antacids and irons containing aluminum and magnesium can reduce the oral absorption of the product, and should not be combined.
8. When this product is combined with the non-steroidal anti-inflammatory drug Fenbufen, occasional convulsions occur, so it is not appropriate to use it with Fenbufen.
9. The combination of this product and oral hypoglycemic drugs may cause blood sugar disorders, so the blood glucose concentration should be monitored during the medication process. Once hypoglycemia occurs, the product should be stopped immediately and given appropriate treatment.

(1) Those who are allergic to this drug or other quinolones, pregnant women, and lactating women are prohibited.
(2) Children under the age of 18 are not suitable for use. If the bacteria are only sensitive to such drugs, the pros and cons should be weighed and used.
(3) Severe renal insufficiency, epilepsy and cerebral arteriosclerosis are used with caution.
(4) The dosage should be adjusted for the elderly and those with renal insufficiency.
(5) Drink plenty of water during medication to avoid excessive exposure to sunlight.
(6) The injection solution is only used for slow intravenous infusion, and the time for each 200 mg intravenous infusion should be greater than 30 minutes.

Ornidazole is a nitroimidazole derivative. The mechanism of its antimicrobial effect may be through the reduction of the nitro group in its molecule into an amino group in an anaerobic environment or through the formation of free radicals, which interact with the cellular components, thereby causes the death of microorganisms.
For the treatment of Bacteroides fragilis, Bacteroides difficile, Bacteroides oviparata, Bacteroides polymorpha, Bacteroides vulgaris, Clostridium, Eubacterium, Peptococcus and Streptococcus, Helicobacter pylori, Bacteroides A variety of infectious diseases caused by sensitive anaerobic bacteria such as Clostridium, CO2, Oryzae bacterium, Gingivalis, etc.

Metronidazole is mainly used to treat or prevent systemic or local infections caused by anaerobic bacteria, such as anaerobic infections in the abdominal cavity, digestive tract, female reproductive system, lower respiratory tract, skin and soft tissues, bones and joints, etc., Endocarditis, meningeal infections, and colitis caused by the use of antibiotics are also effective. Tetanus treatment is often combined with tetanus antitoxin (TAT). It can also be used for oral anaerobic infections.

Enrofloxacin, is a chemically synthesized bacteriostatic agent of Fluoroquinolones. It is a slightly yellow or light yellow crystalline powder with a bitter taste. It is insoluble in water, but easily soluble in organic solvents such as sodium hydroxide solution, methanol and methyl cyanide. Ofloxacin is a bactericide, which inhibits DNA synthesis and replication by acting on the A subunit of bacterial DNA helicase, leading to bacterial death.

What specimen can be detected by BALLYA Ofloxacin Test?

To protect human have health food and avoid contaminated food. The ofloxacin is harmful for human being, can not take too much in body. 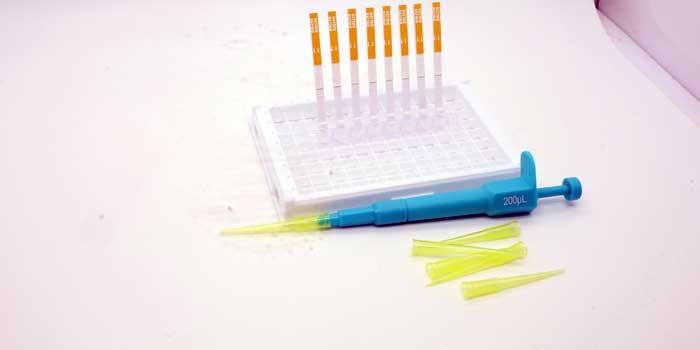 How to use BALLYA Ofloxacin Test?

BALLYA Ofloxacin Test is a qualitative test kit. It’s only for screening purpose. If have positive cases or suspected case, maybe use other detection method to make a further detection, such as, ELISA, PCR, qPCR, etc.

Ofloxacin has been widely used as an anabolic hormone in various industries. The pig breeding industry deserves special attention. Pork provides people with rich nutrition, making it indispensable in daily life. The problem of ofloxacin hormone residues in pork has been plagued people, so it is necessary to detect pork in time.
BALLYA Ofloxacin Test provided by BALLYA can effectively and quickly detect the presence of ofloxacin residues in pork. Not only the operation is simple, the test time is short, but the tester can get the test result in the first time.

Where to buy BALLYA Ofloxacin Test?