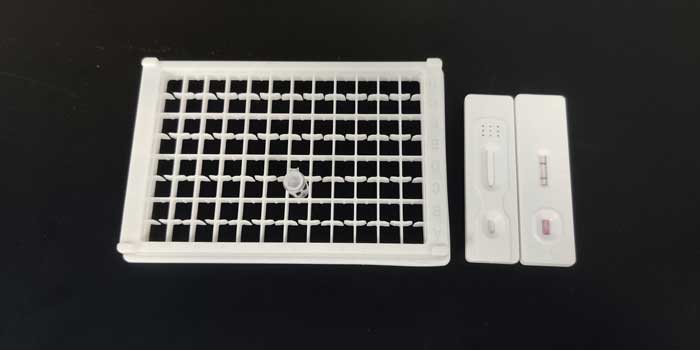 What is BALLYA Enrofloxacin Test?

Enrofloxacin belongs to the chemical synthetic bacteriostatic agent of fluoroquinolones, and is easily soluble in organic solvents such as sodium hydroxide solution, methanol and cyanomethane.

The mechanism of action is to bind to bacterial DNA gyrase subunit A, thereby inhibiting the enzyme's cleavage and ligation function, preventing the replication of bacterial DNA, and showing antibacterial effect.

What is Enrofloxacin hydrochloride?

1. Enrofloxacin hydrochloride is a synthetic third-generation quinolone antibacterial drug, also known as ethyl ciprofloxacin, enfloxacin. It was approved by the FDA on October 4, 1996, and is a quinolone antibacterial drug for livestock and poultry and aquatic products.
2. It has broad-spectrum antibacterial activity and strong permeability. This product has a strong killing effect on Gram-negative bacteria, and also has a good antibacterial effect on Gram-positive bacteria and mycoplasma. It is well absorbed orally and blood, the drug concentration is high and stable, and its metabolite is ciprofloxacin, which still has a strong antibacterial effect. Can significantly reduce the mortality rate, sick animals recover quickly and grow rapidly.
3. A unique and direct sterilization method, which directly acts on the nucleus of bacteria and inhibits bacterial DNA gyrase, resulting in rapid death of bacteria and resistance to drug resistance. No cross resistance with other antibiotics.
4. The effect is rapid, and it will work within 1 hour after taking the medicine.
5. High safety, the difference between treatment and poisoning is 250 times.

How Enrofloxacin uses for?

This product is a broad-spectrum bactericide, which has special effects on mycoplasma. It has bactericidal effect on Escherichia coli, Klebsiella, Salmonella, Proteus, Pseudomonas aeruginosa, Haemophilus, Pasteurella multocida, Pasteurella hemolyticus, Staphylococcus aureus, Streptococcus, etc.
Enrofloxacin can be used as a drug for animals. It has a long half-life in animals and has a good tissue distribution. It is a broad-spectrum bacteriostatic agent. It has bacteriostatic effects on Gram-positive bacteria, negative bacteria and molds. It is used to control the diseases of vibriosis and colibacillosis in farmed fish.

(1) The cartilage of young animals can be degenerated, causing lameness and pain.
(2) Digestive system reactions include vomiting, abdominal pain, and bloating.
(3) Skin reactions include erythema, itching, nettle gall and photosensitivity.

Enrofloxacin use as a veterinary medicine

It is used to treat respiratory, digestive, urogenital and other system and skin infections caused by canine bacteria or mycoplasma. It is also effective for external treatment of external otitis, uterine empyema, and pyoderma.

Similar to dogs, it is used to treat respiratory, digestive, urogenital and other system and skin infections caused by cat bacteria or mycoplasma. It is also effective for external treatment of external otitis, uterine empyema, and pyoderma.

What specimen can be detected by BALLYA Enrofloxacin Test?

To protect human have health food and avoid contaminated food. The enrofloxacin is harmful for human being, can not take too much in body. 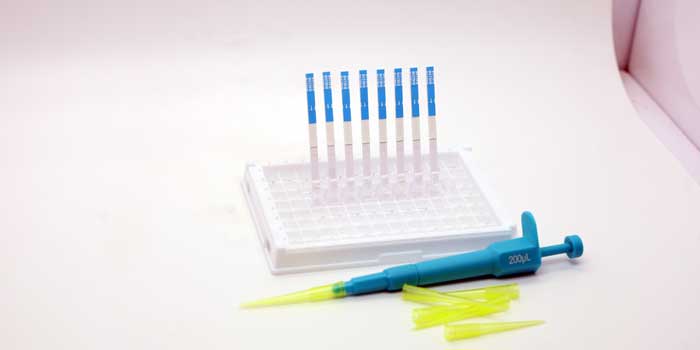 How to use BALLYA Enrofloxacin Test?

BALLYA Enrofloxacin Test is a qualitative test kit. It’s only for screening purpose. If have positive cases or suspected case, maybe use other detection method to make a further detection, such as, ELISA, PCR, qPCR, etc.

Enrofloxacin has been widely used as an anabolic hormone in various industries. The bee breeding industry deserves special attention. Bee products provide people with rich nutrition, making them indispensable in daily life. The problem of enrofloxacin residues in bee products has always plagued people, so it is necessary to detect bee products in time.
BALLYA Enrofloxacin Test provided by BALLYA can effectively and quickly detect the presence of enrofloxacin residues in bee products. Not only the operation is simple, the test time is short, but the tester can get the test result in the first time.

Where to buy BALLYA Enrofloxacin Test?