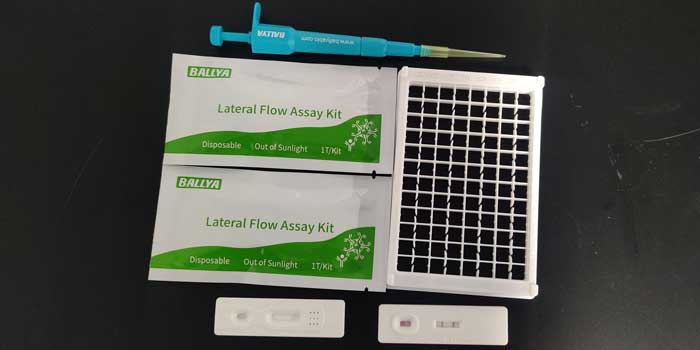 What is BALLYA Trenbolone Test?

BALLYA Trenbolone Test is manufactured by BALLYA, it’s rapid test for detection trenbolone residues in beef and other meat, especially in beef. Lateral flow assay test base on the gold immunochromatography assay technology.
Get A Free Quote!

Compared with the structure of testosterone, there is one less methyl group and two more double bonds. It is a synthetic steroid hormone that reduces the male effect of male hormones (testosterone or methyltriterone) after structural modification and enhances the assimilation effect. The main metabolite of Trenbolone is 8-norandrostenenolone in the liver and small norandritolenolone in the muscle.

Its anti-estrogen and anti-progestin activity can be very strong or weak. Act on the lower thalamus. The pituitary axis reduces the release of gonadotropins, and the peak before ovulation disappears, thus inhibiting ovulation. Animal experiments show that it can inhibit the secretion of progesterone, and also has the effect of progesterone on the endometrium, inactivating and degenerating the endometrium and ectopic lesion cells, which leads to atrophy of the ectopic lesion. Its anti-fertility effect may be to inhibit ovulation and endometrial development, change the nature of cervical mucus, affect the egg's running speed and antagonize the endometrial progesterone receptor, thereby interfering with the implantation of pregnant eggs.

How Trenbolone uses for?

In animal husbandry, Trenbolone is often called Finaplix. It was intentionally developed to promote androgens and increase the muscle mass of cattle. Due to its characteristics, this allows livestock to grow as much muscle as possible before being transported to the slaughterhouse. Because of the widespread use of Trenbolone acetate in veterinary medicine, traces of Trenbolone metabolites are very common in cattle around the world.

Athletes and bodybuilders have been using trenbolone as a physique- and performance-enhancing drug for decades. There are numerous benefits as a bodybuilder through using trenbolone as an AAS. Unlike methyltestosterone, trenbolone does not cause any fluid retention while gaining muscle mass. This allows bodybuilders to appear leaner, and this is why it is more commonly used whilst preparing for competitive events. Trenbolone does not convert into an estrogenic metabolite, and this results in a lack of estrogenic side effects.Trenbolone is also a very commonly used AAS and lasts much longer than trenbolone with intramuscular injection.

Clinically used to treat endometriosis, make it shrink and absorb.

Due to the androgenic effect of Trenbolone, long-term use of females can cause sodium and water retention and female masculine phenomenon. Sometimes it causes cholestasis of capillary bile duct in the liver and jaundice occurs. Nephritis, heart failure and liver dysfunction are used with caution, pregnant women and patients with prostate cancer are prohibited.

The harm of Trenbolone residues includes the harm to animals themselves and the harm to human body due to the residues of Trenbolone in animal-derived food. Trenbolone, as an animal growth promoter, will remain in the liver, kidneys, and muscles of food animals. Trenbolone residue refers to the phenomenon of using Trenbolone in the process of cattle breeding. Trenbolone accumulates in the cells, tissues, or organs of the animal in its original form or intermediate metabolites. Once consumed by humans, it can produce a series of hormone-like effects, such as disrupting the human body's hormone balance, interfering with endocrine functions, affecting fertility, and having potential carcinogenicity, developmental toxicity (premature childhood) and female masculinity Dose can cause liver dysfunction.

How to do Trenbolone detection?

What specimen can be detected by BALLYA Trenbolone Test?

To protect human have health food and avoid contaminated food. The trenbolone is harmful for human being, can not take too much in body. 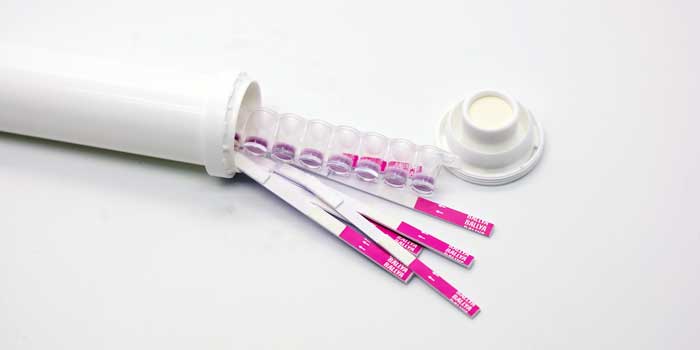 How to use BALLYA Trenbolone Test?

1. Take beef specimen and extrat supernatant
2. Add the supernatant to cassette
3. Wait for 15 minutes to result
4. The details of operation, refer to the kit instruction

BALLYA Trenbolone Test is a qualitative test kit. It’s only for screening purpose. If have positive cases or suspected case, maybe use other detection method to make a further detection, such as, ELISA, PCR, qPCR, etc.

Due to its strong protein-promoting effect, with the large-scale and intensive development of animal husbandry, a few production enterprises, breeders and operators seek to maximize profits and ignore national laws and regulations, abuse or illegal use of hormones and other prohibited drug. Trenbolone as an anabolic hormonal additive raises livestock, which often causes the residue of Trenbolone in animal-derived food to exceed the standard. When people eat animal foods with excessive residues, they will accumulate in the human body and produce a variety of undesirable consequences that directly endanger human health and life. Especially cattle farming, so it is necessary to detect beef in time.
BALLYA Trenbolone Test provided by BALLYA can effectively and quickly detect the presence of trenbolone residues in beef. Not only is the operation simple and the detection time short, but also the tester can obtain the test result in the first time.

Where to buy BALLYA Trenbolone Test?