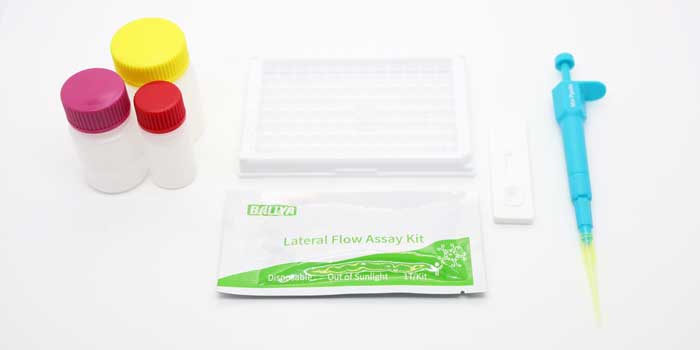 BALLYA Phenylethanolamine A Test is manufactured by BALLYA, it’s rapid test for detection Phenylethanolamine A residues in feed, food and medicine, especially in feed and food. Lateral flow assay test base on the gold immunochromatography assay technology
Get A Free Quote!

Phenylethanolamine A is listed as a prohibited additive by the Ministry of Agriculture, which provides a legal basis for the serious investigation and punishment of illegal additions of phenylethanolamine A and other substances in the production, operation, use and animal drinking water in the future.

Animal husbandry and feed management departments at all levels should strengthen daily supervision, supervision and testing, and seriously investigate and deal with illegal additions of phenylethanolamine A and other substances in feed production, operation, use and animal drinking water.

What is Phenylethanolamine A used for?

Adding Phenylethanolamine A to the feed can increase the amount of lean animal meat, reduce the use of feed, make the meat market earlier, and reduce costs.

However, because of the side effects on the human body, the standards for open use vary from country to country.

1. Strengthen publicity
All regions should adopt various forms to widely publicize the contents of the "Announcement", raise the awareness of feed producers, operators and livestock and poultry farmers on the harmfulness of the use of prohibited substances, popularize scientific and technological knowledge of scientific ingredients and rational use of drugs, and enhance compliance with laws and regulations Consciousness.

2. Strengthen supervision
Include the ban on the use of phenylethanolamine A and other prohibited substances in feed and animal drinking water into the "one-to-one" supervision work content, further strengthen and implement supervision measures, strive to make supervision work routine and institutionalized, and build feed, veterinary drugs and livestock products Long-term quality and safety supervision mechanism.

3. Strengthen monitoring
Include the monitoring of the residues of banned drugs in the annual sampling plan, increase the frequency and batch of inspections on livestock products and livestock inputs, and severely investigate and deal with illegal activities such as the use of prohibited substances in feed production, operation, use, and animal drinking water.

What are the side effects of Phenylethanolamine A?

This substance is one of the lean meat products catalog. Compared with other lean meat products such as ractopamine, it can also be used in pork and beef to stimulate animal growth, strengthen protein deposition in the animal body, and improve basic metabolism. So that body fat tends to decompose, promote the growth of pigs, the skin is red and the hair is bright, and the lean meat rate is high.

People who eat pork containing Phenylethanolamine A may have symptoms of poisoning, such as nausea, dizziness, weakness of the limbs, and hand tremors, which is especially harmful to patients with heart disease and high blood pressure. Long-term consumption may cause chromosomal aberrations and induce malignant tumors.
Note: Please strictly follow the instructions for use, don’t abuse, don’t misuse!

What specimen can be detected by BALLYA Phenylethanolamine A Test?

Significance of testing Phenylethanolamine A

To protect the animal have health feed, grain, food, medicine and tobacco, avoid contaminated food. The 6-Benzylaminopurine is harmful for animal being, can’t take too much in the body. 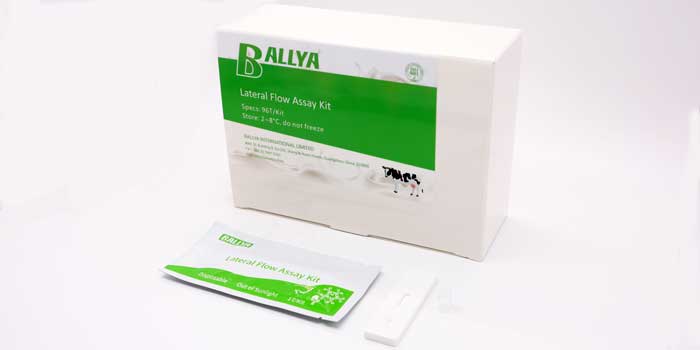 BALLYA Phenylethanolamine A Test is a qualitative test kit. It’s only for screening purpose. If have positive cases or suspected case, maybe use other detection method to make a further detection, such as, ELISA, PCR, qPCR, etc.