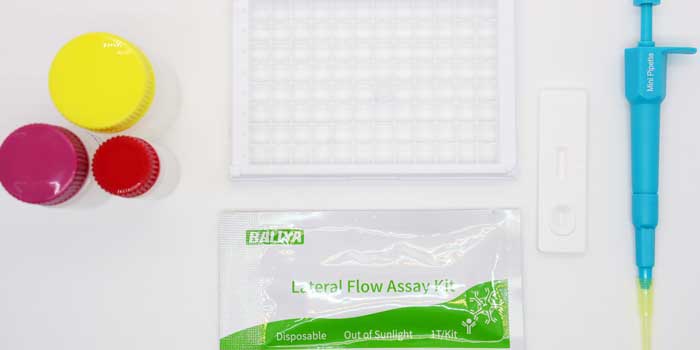 BALLYA Brombuterol Test is manufactured by BALLYA, it’s rapid test for detection brombuterol residues in feed, food and medicine, especially in feed and food. Lateral flow assay test base on the gold immunochromatography assay technology
Get A Free Quote!

Brombuterol is a synthetic β2 adrenergic receptor agonist, often used to prevent and treat lung diseases such as asthma and emphysema.

The reagent card has the advantages of simple operation, rapid detection and low cost, so it is widely used in the on-site detection or sample preliminary screening stage.

What is Brombuterol used for?

Brombuterol belongs to a type of β-receptor agonist, and is often used in the breeding of pigs, cattle, sheep and other animals.

What is a beta-agonist?

β-receptor agonists can be used to treat bronchial asthma, obstructive pneumonia and other diseases in medical and clinical medicine, and can also be used to treat late delivery and abortion of horses and cattle.

In the early 1980s, a series of experimental studies found that when the dose of β-agonist

Long-term use of feed containing β-receptor agonists can increase the feed conversion rate, and at the same time increase the animal body weight and muscle tissue content to increase the lean meat rate and play a role in nutrient redistribution. But long-term use will produce toxic side effects to the body.

What are the side effects of Brombuterol?

If brombuterol is used in large doses in animal husbandry production, it can significantly improve the feed conversion rate and lean meat rate, but at the same time it will also cause the residue of clenbuterol in animal food, which will cause toxicology to internal organs such as liver and kidney It has symptoms such as heart palpitations, headache, dizziness and muscle tremor, which can cause human poisoning events and even death in severe cases.

At present, pigs, cattle, sheep and other animals usually use excessive amounts of Brombuterol to promote growth, resulting in accumulation of β-receptor agonists in animals.

Human consumption of animal foods containing Brombuterol residues will cause great harm to human health. In severe cases, it can cause acute poisoning. Common symptoms of poisoning are muscle tremor or pain, fast heart rate, headache, dizziness, nausea and vomiting, etc. Time can cause shock and death.
Note: Please strictly follow the instructions for use, don’t abuse, don’t misuse!

To protect the animal have health feed, food and medicine, avoid contaminated food. The brombuterol is harmful for animal being, can’t take too much in the body. 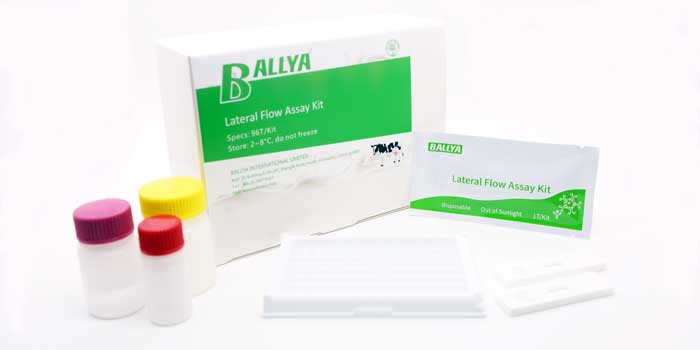 BALLYA Brombuterol Test is a qualitative test kit. It’s only for screening purpose. If have positive cases or suspected case, maybe use other detection method to make a further detection, such as, ELISA, PCR, qPCR, etc.