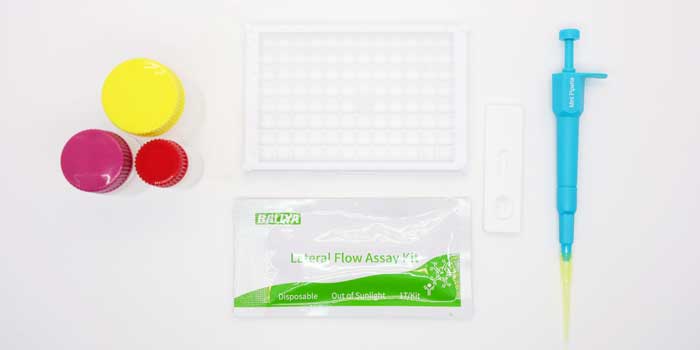 BALLYA Mabuterol Test is manufactured by BALLYA, it’s rapid test for detection mabuterol residues in feed, food and medicine, especially in feed and food. Lateral flow assay test base on the gold immunochromatography assay technology
Get A Free Quote!

Mabuterol is a selective β2-receptor stimulant developed by a Japanese scientific research and pharmaceutical company under the trade name Broncholin. This product has the characteristics of long-acting, high selectivity, and low toxic and side effects. It is clinically used to relieve symptoms such as dyspnea caused by bronchial asthma, chronic bronchitis and airway obstruction such as emphysema.

The pharmacological effects of mabuterol

Mabuterol has adrenaline β2 receptor agonistic effect. The relaxation effect on tracheal smooth muscle and the inhibitory effect on experimental asthma are stronger than salbutamol, the duration is also longer, and there is no tolerance. It also has anti-allergic effects, increases bronchial cilia movement and reduces sputum viscosity.

What is Mabuterol used for?

Used for bronchial asthma, chronic bronchitis, emphysema and airway obstructive diseases, and can relieve symptoms such as dyspnea.

Usage and dosage
It is used to relieve symptoms of dyspnea caused by chronic obstructive pulmonary diseases such as bronchial asthma, chronic bronchitis and emphysema.

What are the side effects of Mabuterol?

Precautions for use of Mabuterol

(1) Use caution in patients with hyperthyroidism, hypertension, and heart disease.

(2) The safety of administration to pregnant women and children has not been established and should be used with caution. Animal experiments have shown that the drug migrates to the breast milk of rats, so breastfeeding women should also use it with caution.

(3) It has an inhibitory effect on skin reactions caused by allergens, so attention should be paid to the skin test.

(4) If the product is not effective after being used correctly according to the usage and dosage, the product may be deemed not applicable and the drug should be discontinued. Excessive continuous use can cause arrhythmia and even cardiac arrest.

(1) When combined with catecholamines such as epinephrine and isoproterenol, it can induce arrhythmia and even cardiac arrest, so the combined use should be avoided.

(2) It has been reported abroad that β2 receptor agonists can significantly decrease the serum potassium level. In patients with severe asthma and hypoxemia, the heart rate is often increased due to the decrease in potassium.
Note: Please strictly follow the instructions for use, don’t abuse, don’t misuse!

To protect the animal have health feed, food and medicine, avoid contaminated food. The mabuterol is harmful for animal being, can’t take too much in the body. 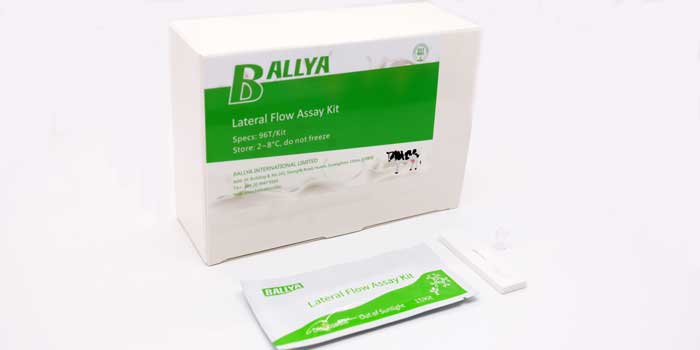 BALLYA Mabuterol Test is a qualitative test kit. It’s only for screening purpose. If have positive cases or suspected case, maybe use other detection method to make a further detection, such as, ELISA, PCR, qPCR, etc.