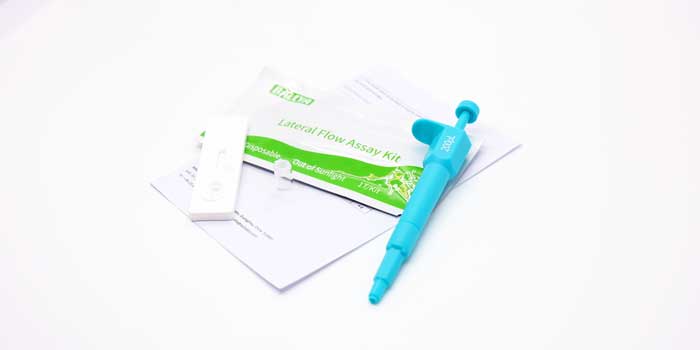 The main types of hormones tested by BALLYA HormoCheck Test

According to its physiological characteristics, it can be divided into mineralocorticoids and glucocorticoids. The former mainly regulates body water and salt metabolism and maintains electrolyte balance; the latter is mainly related to sugar, fat, protein metabolism and growth and development.

Sex hormones
Sex hormones (the chemical nature is lipids) are steroid hormones synthesized by animal gonads, placenta, adrenal cortex and other tissues, and have the functions of promoting the maturation of sexual organs, the development of side characteristics and maintaining sexual function.

The biological effects of thyroid hormones mainly include the following three aspects: promoting growth and development; the effect on metabolism and other aspects.

Insulin
Insulin is a protein hormone secreted by the islet β cells in the pancreas stimulated by endogenous or exogenous substances such as glucose, lactose, ribose, arginine, glucagon, etc.

Insulin is the only hormone in the body that lowers blood sugar, and at the same time promotes glycogen, fat, and protein synthesis. Exogenous insulin is mainly used to treat diabetes.

What is a hormone?

Hormones are chemical information substances synthesized by highly differentiated endocrine cells and directly secreted into the blood. They affect the physiological activities of the human body by regulating the metabolic activities of various tissue cells.

The high-efficiency biologically active substances secreted by endocrine glands or endocrine cells are used as messengers in the body to transmit information and regulate the body's physiological processes are called hormones.

It is an important substance in our lives.

There are two main sources of hormones in food:
1. Inherent in food, called endogenous hormones;
2. Artificially added, it is an exogenous hormone.

Will plant hormones have hormonal effects on the human body?

In the process of agricultural production, people put plant growth regulators (commonly called "phytohormones" or "pesticide" in daily life) into plants by spraying or adding them to the soil, to accelerate the maturity of plants or promote their growth.

In fact, plant hormones have almost no effect on humans, because their mechanism of action is to enter the plant body and combine with specific molecules in the cell, generating signals, starting or delaying plant gene expression, thereby changing the development process of plants.

This change will not cause plants to produce substances that should not be produced, and there are no specific molecules that bind to plant hormones in the human body.

Therefore, plant hormones cannot produce any signal to humans, and they will not produce hormonal effects on humans.

Are there hormones in the meat and milk we eat?

Hormones are secreted by animal body cells and then released into the blood. As the blood reaches the relevant target organs, it exerts its unique physiological effects.

They are widely present in many tissues and organs of humans and animals, but the concentration is different. Therefore, many animal foods we eat every day contain endogenous hormones more or less.

With the improvement of people's living standards and quality of life, the demand for high-quality protein foods and animal foods such as milk and dairy products, beef, lamb, chicken and fish has greatly increased.

In order to improve production and breeding efficiency, hormones began to be used in the breeding industry.

Most of these hormones are artificially synthesized, stable compounds with molecular structures similar to endogenous hormones, which are easy to accumulate in animals. But this does not mean that it will have an impact on consumers.

Are hormone residues in food harmful to us?

Under normal circumstances, the hormone secretion in the human body is in a relatively balanced state.

When excessive hormone compounds and their analogues (exogenous hormones) enter the human body through food, it is easy to cause imbalance in human body secretion, which has an important effect on the body's metabolism, growth, development, reproduction, gender, sexual desire, and sexual activity. Through the metabolic activities of various tissue cells to affect the physiological activities of the human body.

It may cause a variety of diseases to the human body, such as obesity, physical weakness, internal circulatory system dysfunction, and organ disease.
Note: Use hormone carefully, listen to expert guidance, and do not use them indiscriminately. 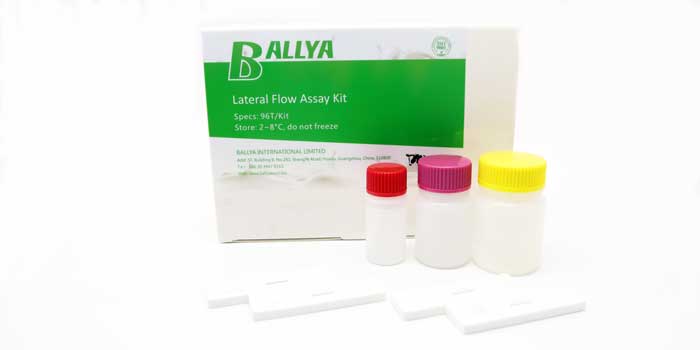 There is no doubt that people's excessive consumption of hormone food is definitely harmful to their health. Excessive consumption of foods containing chemical hormones will cause precocious puberty in children. For adults, it will affect or even destroy human organs such as the liver and kidneys. It will also destroy the beneficial bacteria in the intestines. What's more, it may cause cancer.

Therefore, the detection of hormone residues on feeds, foods and medicines are very important!

Moreover, the harm of hormones to the human body is often manifested in specific diseases, but consumers do not know whether the cause of the disease is related to long-term use of chemical hormones. Why are all kinds of strange diseases emerging now? It is because we accidentally eat a lot of foods that contain hormones and other harmful to our health.

The BALLYA HormoCheck Test provided by BALLYA can effectively detect hormones residues in feed, foods and medicines. Its simple operation, short detection time and high accuracy are major features of this product.