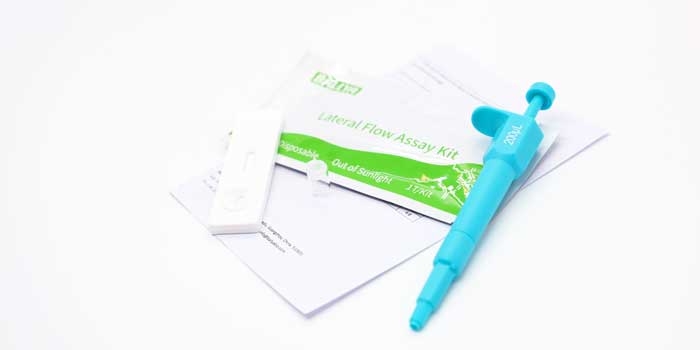 The main types of pesticides tested by BALLYA PestQuick Test

Fungicide
Fungicide is also called biocide, bactericidal algaecide, microbicide, etc. It is usually a chemical preparation that can effectively control or kill microorganisms in the water system-bacteria, fungi and algae.

Nematicide
A class of pesticides used to control harmful nematodes. Nematodes belong to the nematode class Nematoda, which is tiny and can be observed under the microscope. There are about 3,000 species of nematodes harmful to plants, most of them live in soil, and some parasitize in plants.

Rodenticide
The narrow sense of rodenticide refers only to chemical agents with toxic and toxic effects. The broad sense of rodenticide also includes the fumigant that can fumigate rodents, the rodent repellent that prevents rodents from damaging items, and rats Infertility agents that lose their ability to reproduce, and synergists that can increase the efficiency of other chemical agents to kill rats.

Herbicide
Refers to an agent that can cause weeds to die completely or selectively, also known as herbicide, a type of substance used to eliminate or inhibit plant growth. Among them, sodium chlorate, borax, arsenate, and trichloroacetic acid have a dying effect on any kind of plants, and its effect is affected by the three factors of herbicides, plants and environmental conditions.

Refers to a substance or several substances that are used to prevent, eliminate or control diseases, pests, grasses and other harmful organisms that harm agriculture and forestry, and to purposefully regulate the growth of plants and insects or derived from biological or other natural substances. Mixtures of substances and their preparations.

Pesticides, as an important means to prevent pests and weeds and protect crops, play an irreplaceable role in agricultural production. At present, chemical control is the main method to prevent and control agricultural pests and diseases. 80%-90% of agricultural pests and diseases rely on chemical pesticides, despite the rapid development of non-chemical control methods such as biological control, agricultural control, and genetic sterility control since the 1960s. It shows bright prospects, but many methods are not completely stable and reliable, and can only be used as part of comprehensive control. Even in the production of pollution-free vegetables, chemical control is still an important link in the comprehensive control system. Residual and easily degradable pesticides shall be strictly implemented during the safe interval.

In the foreseeable future, chemical pesticide control cannot be replaced.

Pesticide residues refer to the precursors of pesticides remaining in the environment, organisms and food after pesticides are used.
The general term for derivatives, metabolites, degradation products and impurities.

The main cause of excessive vegetable pesticide residues is the organophosphorus pesticides and carbamate pesticides that some countries prohibit the use in vegetable production, such as methamidophos, omethoate, phorate, parathion, methyl parathion Wait.

Eating food containing a lot of highly toxic and highly toxic pesticide residues can cause acute poisoning accidents of humans and animals. Long-term consumption of agricultural and sideline products with excessive pesticide residues will not cause acute poisoning, but it may cause chronic poisoning of humans and animals, cause disease, induce cancer, and even affect the next generation.

However, with the long-term, extensive and large-scale use of pesticides, environmental pollution has become more and more serious, and incidents such as poisoning caused by them have gradually increased, becoming one of the main causes of poisoning and accidental death.

Pesticide poisoning means that the amount of pesticides entering the body exceeds the maximum tolerance of a normal person during the process of exposure to pesticides, which affects the normal physiological functions of the person, causes physiological disorders and pathological changes in the body, and shows a series of clinical symptoms of poisoning.

1. Strengthen the publicity of pesticide poisoning prevention knowledge for personnel in production, storage and use, and improve the protection awareness and protection level of key personnel.
2. Strict safety production management, continuous improvement of pesticide production equipment and technology, and strict operating procedures to prevent running, spilling, dripping, leakage and accidents.
3. In pesticide transportation, strictly special vehicle (ship) shipment, special storage (cabinet) storage, special shelf sales, special dispensing containers and pesticide application equipment, and clear warning signs to prevent pollution or misuse.
4. Reasonable use of pesticides. Strictly abide by the pesticide application procedures, and correctly control the dosage and concentration of the dispensing or seed dressing liquid to prevent excessive use or abuse.
5. Regularly conduct physical examinations and health monitoring of pesticide production workers to prevent pesticides from harming the health of contacts in time.
Note: Use pesticides carefully, listen to expert guidance, and do not use them indiscriminately. 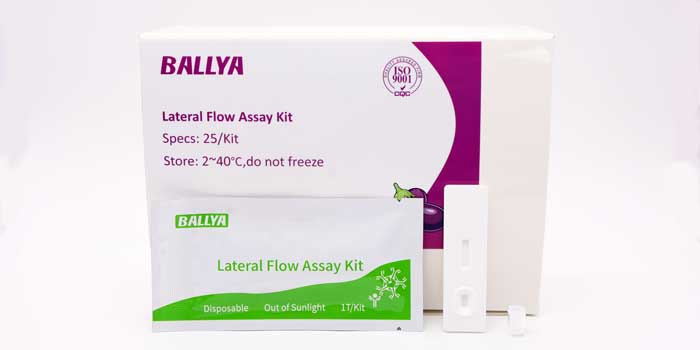 With the development of agricultural industrialization, the production of agricultural products is increasingly dependent on foreign substances such as pesticides, antibiotics and hormones.

The amount of pesticides in food, vegetables, fruits, and tea in my country remains high, and the unreasonable use of these substances will inevitably lead to excessive pesticide residues in agricultural products, affecting consumer food safety, and in severe cases, causing consumers to become ill and grow. Abnormal, and even directly lead to death by poisoning.

Therefore, the detection of pesticide residues on grains, vegetables, fruits, and tea is very important!

The BALLYA PestQuick Test provided by BALLYA can effectively detect pesticides residues in food, vegetables and fruits. Its simple operation, short detection time and high accuracy are major features of this product.