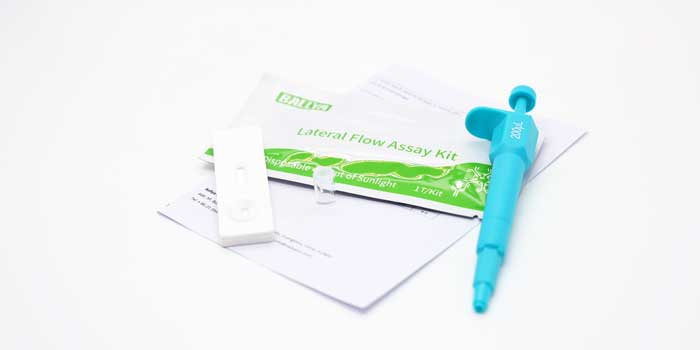 What is Pyrimethanil and how does it work?

Paclobutrazol is a pyrimidinamine fungicide, which has specific effects on gray mold.

Pyrimethanil has a strong systemic conduction effect, and can quickly move to the parts of the plant's flowers, young fruits and other drugs that cannot be sprayed, thereby killing the gray mold pathogen.

At the same time, it is not sensitive to external temperature, and the effect of application in winter and spring is still fast and stable. In production, pyrimethanil is not only widely used in cucumbers, tomatoes and other fruits and vegetables, but also has miraculous effects in the prevention and control of grape gray mold.

What is Pyrimethanil used for?

Pyrimethanil has protective and therapeutic effects. It is a high-efficiency and low-toxic bactericide for the prevention and treatment of gray mold and fusarium wilt. It has systemic conduction and fumigation effects. It can quickly spread to all parts of the plant body after application.
It can effectively inhibit the production of pathogenic bacteria infecting enzymes, thereby preventing the infection of pathogens and killing them completely.

It has no cross-resistance with other fungicides, and it still has a very good protective and therapeutic effect when used at low temperatures.

It is used to prevent and treat cucumbers, tomatoes, grapes, strawberries, peas, leeks, and other crops such as gray mold, fusarium wilt, scab of fruit trees, spotted leaf disease, etc.

It is necessary to use the medicine more than 4 times for prevention and control in a growing season, and it should be used in rotation with other fungicides to avoid resistance. Open field vegetables should be used in the morning and evening with low wind and low temperature.

To prevent and control grape gray mold, spray 40% suspension agent or wettable powder at 1,000-1500 times. When the cloth needs to be applied more than 4 times in the growing season, it should be used with other fungicides to avoid drug resistance.

Pyrimethanil can also be used in apples, pears, strawberries, leeks, beans and other crops

What are the side effects of Pyrimethanil?

1. The phytotoxicity of pyrimethanil on eggplants is mainly manifested by the appearance of many dark brown spots on the leaves, irregular shapes or yellow leaves.
Many vegetable farmers mistakenly believed that the eggplant was spotted with leaf shed disease, and as a result, the drug was used again to increase the damage. Here to remind the majority of vegetable farmers, we must distinguish the harmful symptoms of pyrimethanil phytotoxic spots and invasive disease spots.

2. The phytotoxicity of pyrimethanil on beans is mainly manifested as yellow-white leaves. In severe cases, leaves, flowers and fruits are dry and fall off.
Beans and eggplant are sensitive to pyrimethanil, try not to use it or strictly control the application concentration.
Taking 20% pyrimethanil powder as an example, the maximum safe application concentration of eggplant and beans during the growth period is 600 times, that is to say, 100 grams of powder is at least 60 kg of water, and the medicine should be used under good ventilation conditions.

Reference method for detoxification of pyrimethanil

1. If you feel unwell during medication, stop working immediately, take emergency measures, and bring the label to the doctor for treatment.

3. Eye splashing: Open the eyelids immediately, rinse with water for 10-15 minutes, and then consult a doctor.

4. Inhalation occurs: immediately move the inhaler to a place with fresh air and ask a doctor for diagnosis and treatment.

5. Mistake: Bring the label immediately and send it to a doctor. No specific antidote, please treat symptomatically.
Note: Please strictly follow the instructions for use, don’t abuse, don’t misuse!

To protect the animal have health feed, grain, food, medicine and tobacco, avoid contaminated food. The paclobutrazol is harmful for animal being, can’t take too much in the body. 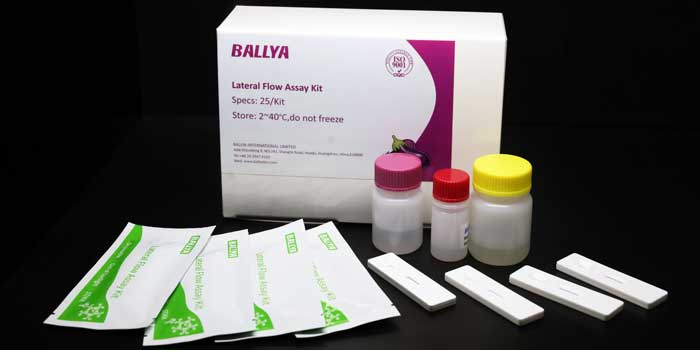 BALLYA Pyrimethanil Test is a qualitative test kit. It’s only for screening purpose. If have positive cases or suspected case, maybe use other detection method to make a further detection, such as, ELISA, PCR, qPCR, etc.

In recent years, with the prohibition of a number of highly toxic pesticides, the use of pyrimethanil pesticides in China has increased, and their residues in agricultural products have also attracted more and more attention. Among them, the pyrimethanil pesticides are particularly widely used in vegetable and fruit planting. The food safety problems caused by their residues have attracted increasing attention.

The BALLYA Pyrimethanil Test provided by BALLYA can effectively detect the pyrimethanil in the samples. Simple operation, short detection time and high accuracy are the characteristics of this product.