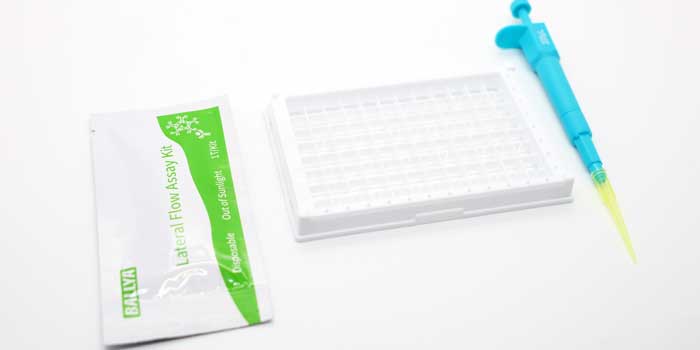 What is BALLYA Diminazene Test?

What is Diminazene and how does it work?

Diminazene belongs to the class of aromatic diamidines. It is a traditionally used broad-spectrum anti-blood protozoan. For example, it has a curative effect on livestock piriformis, trypanosoma and anaplasma, but its preventive effect is poor.

What is Diminazene used for?

Triazamidine is used as a veterinary drug

(1) For cattle: Triazamidine has different effects on different species of Pyriformis. For example, for cattle infected with Babesia bovis, as low as 0.5mg/kg is effective, and 3.5mg/kg is effective after 24 hours. The body disappeared, the body temperature returned to normal, and the curative effect reached 100%. This product has a poor effect on Babesia diversiformis and Babesia bovis. After 4 days of treatment, there are still worms in the blood, but the clinical symptoms have been significantly improved. Such as reducing elevated body temperature and reducing mortality. Triazamidine has a poor preventive effect on most pyriformes.

(3) For dogs and cats: Triazamidine at the recommended dose of 3.5 mg/kg can significantly eliminate clinical symptoms caused by Babesia canis.

What are the side effects of Diminazene?

This product is highly toxic and has a small safety range. It will also cause uneasy getting up and lying down, frequent urination, muscle tremor and other adverse reactions when applied to the therapeutic dose. Caution should be used when applying it continuously.

Precautions for the use of triazidine

(1) Triazamidine is more toxic and has a narrow safety range. The treatment dose sometimes has adverse reactions, but it can usually be withstood by itself. The injection is more irritating to local tissues, and the reaction of horses is more serious than that of cattle. Therefore, large doses should be injected deep into the muscle.

What specimen can be detected by BALLYA Diminazene Test?

To protect the animal have health feed, grain, food, medicine and tobacco, avoid contaminated food. The diminazene is harmful for animal being, can not take too much in the body. 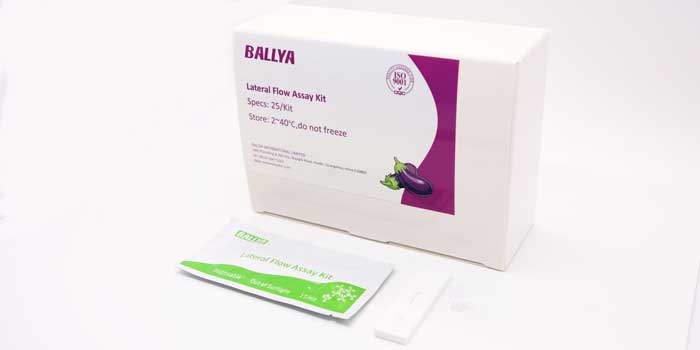 How to use BALLYA Diminazene Test?

BALLYA Diminazene Test is a qualitative test kit. It’s only for screening purpose. If have positive cases or suspected case, maybe use other detection method to make a further detection, such as, ELISA, PCR, qPCR, etc.

In recent years, with the prohibition of a number of highly toxic pesticides, the use of diminazene pesticides in China has increased, and their residues in agricultural products have also attracted more and more attention. Among them, the diminazene pesticides are particularly widely used in vegetable and fruit planting. The food safety problems caused by their residues have attracted increasing attention.

The BALLYA Diminazene Test provided by BALLYA can effectively detect the diminazene in the samples. Simple operation, short detection time and high accuracy are the characteristics of this product.

Where to buy BALLYA Diminazene Test?