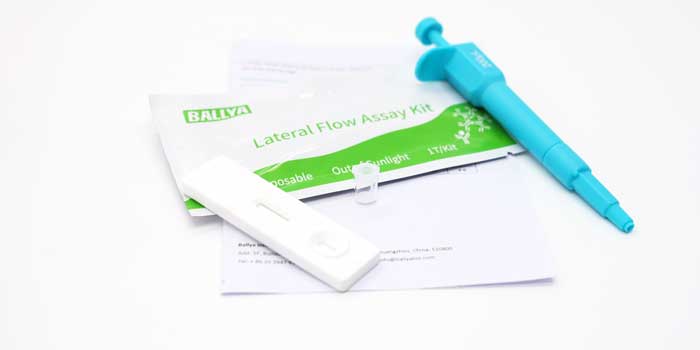 What is BALLYA Triadimefon Test?

What is Triadimefon and how does it work?

The role of triadimefon

Triadimefon is a triazole fungicide with high efficiency, low toxicity, low residue, long-lasting period and strong systemicity. After being absorbed by various parts of the plant, it can conduct in the plant body.

It has the functions of preventing, eradicating, curing and fumigating rust and powdery mildew. It is effective against various crop diseases such as corn round spot, wheat moire, wheat leaf blight, pineapple black rot, and corn head smut.

Mechanism of action of triadimefon

The principle of triadimefon's bactericidal mechanism is extremely complicated. It mainly inhibits the biosynthesis of bacterial ergosterol, thereby inhibiting or interfering with the development of bacterial attachment spores and haustorium, the growth of hyphae and the formation of spores.

What is Triadimefon used for?

It is safer for fish and birds. Harmless to bees and natural enemies. Triadimefon can be mixed with many fungicides, insecticides, herbicides and so on.

It has specific effects on rust, powdery mildew and smut, and has a good control effect on corn, sorghum and other smut and corn round spot.

How to use triadimefon

(3) Sorghum. Mixing 40-60 grams of active ingredients per 100 kilograms of seeds can prevent sorghum head smut, loose smut and hard smut. It must be noted that when using wet mixing method or emulsifiable concentrate dressing, it should be dried immediately after mixing to avoid phytotoxicity.

2. Spray Triadimefon spray can prevent and control a variety of diseases of a variety of crops.
In the years when wheat stripe rust is prevalent, the use of 100-150 mg/kg fenpirinin liquid to eradicate or block the disease center at the early stage of wheat jointing can effectively control the spread and spread of the disease.

The effective distribution of Fenyining is 8-10 grams per 667 meters in the frequently-infested fields and susceptible fields, and sprays the water to eliminate the source of overwintering bacteria and control the prevalence at the ear stage.

For occasional or late-onset fields, use 6-8 grams of the active ingredient of Fenpinin every 667 meters at the heading stage, and spray 50-80 kg of water on the leaves to protect the top functional leaves.

What are the side effects of Triadimefon?

Symptoms of poisoning: Generally only irritating to eyes and skin. Toxic to aquatic life with long-lasting effects.

Treat symptomatically, induce vomiting and gastric lavage immediately after ingestion. There is no specific antidote, only symptomatic treatment.

Mixed use of triadimefon

It can be mixed with other preparations besides alkaline and copper preparations. Seed dressing may delay the emergence of seeds by 1-2 days, but does not affect the emergence rate and later growth. Store the medicine in a dry and ventilated place.
Note: Please strictly follow the instructions for use, don’t abuse, don’t misuse!

What specimen can be detected by BALLYA Triadimefon Test?

Specimen include: all kinds of feed, grain, food, medicine and tobacco. Widely used in feed industry and food processing industry.
You can choose the right products according to your needs.

To protect the animal have health feed, grain, food, medicine and tobacco, avoid contaminated food. The triadimefon is harmful for animal being, can not take too much in the body. 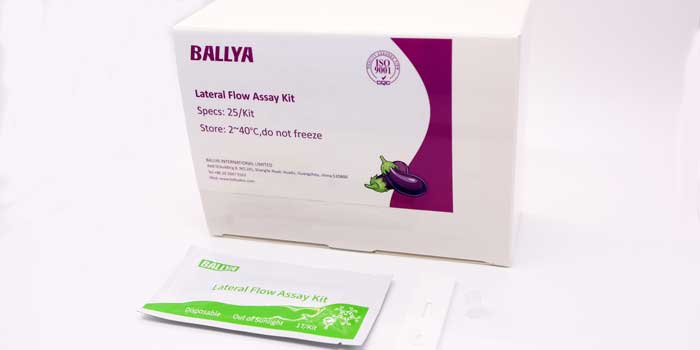 How to use BALLYA Triadimefon Test?

BALLYA Triadimefon Test is a qualitative test kit. It’s only for screening purpose. If have positive cases or suspected case, maybe use other detection method to make a further detection, such as, ELISA, PCR, qPCR, etc.

In recent years, with the prohibition of a number of highly toxic pesticides, the use of triadimefon pesticides in China has increased, and their residues in agricultural products have also attracted more and more attention. Among them, the cyano-containing triadimefon pesticides have many types and large amounts, and are particularly widely used in vegetable and fruit planting. The food safety problems caused by their residues have attracted increasing attention.

The BALLYA Triadimefon Test provided by BALLYA can effectively detect the triadimefon in the samples. Simple operation, short detection time and high accuracy are the characteristics of this product.

Where to buy BALLYA Triadimefon Test?