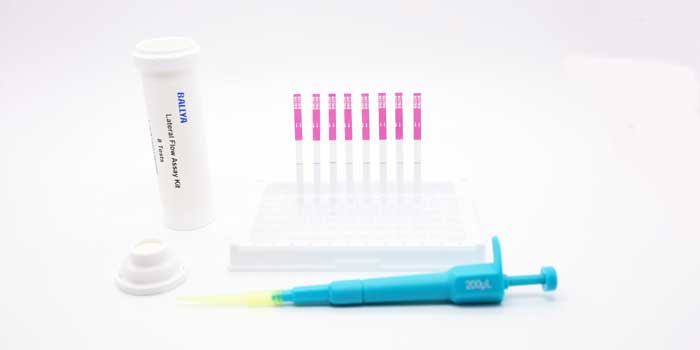 What is BALLYA Organophosphorus Test?

What is Organophosphorus and how does it work?

Organophosphorus pesticides refer to organic compound pesticides containing phosphorus. Mainly used to control plant diseases, insects and weeds. It is mostly oily liquid with garlic smell, strong volatility, slightly soluble in water, and destroyed by alkali. In practical applications, high-efficiency, low-toxicity and low-residue varieties should be selected, such as dimethoate and trichlorfon. Its widespread use in agricultural production has resulted in residues of varying degrees in crops.

The hazards of organophosphorus pesticides to the human body are mainly acute toxicity, which usually occurs after large doses or repeated exposure, and a series of neurotoxic symptoms such as sweating, tremor, mental confusion, and language disorders will occur. In severe cases, respiratory paralysis or even death.

The mechanism of action of organophosphate is mainly through combining with cholinesterase in the animal body to generate phosphorylated cholinesterase, thereby inhibiting the effect of cholinesterase decomposing acetylcholine, leading to interruption of nerve conduction and causing poisoning.

What is Organophosphorus used for?

The focus of prevention is:

1. Reform the pesticide production process, especially the automatic or semi-automatic discharging and packaging;
2. Strictly implement the procedures for safe use of pesticides
(1) There must be special tools and containers for medicine dispensing and seed dressing, and the concentration of preparation is correct to prevent environmental pollution;
(2) Observe the safety operation rules when spraying, and the spraying tools are kept and maintained by special personnel to prevent blockage and leakage;
(3) Use pesticides reasonably. Highly toxic pesticides shall not be used on edible crops and fruit trees in the mature period to control insects. The use period of pesticides used on edible crops or fruit trees should be strictly regulated. Abuse of pesticides is strictly prohibited;
3. Pesticides shall be professionally managed and kept strictly to prevent abuse;
4. Strengthen personal protection and raise awareness of self-care of the population.

What are the side effects of Organophosphorus?

The harmful effects of organophosphorus pesticides on humans range from highly toxic to low-toxicity. It can inhibit acetylcholinesterase and accumulate acetylcholine, causing muscarinic symptoms, nicotinic symptoms and central nervous system symptoms. In severe cases, it can cause death due to pulmonary edema, cerebral edema, and respiratory paralysis.
Severe acute poisoning will also occur delayed sudden death.
Certain types of organophosphate poisoning can develop delayed neuropathy 8 to 14 days after poisoning, and the blood cholinesterase activity of organophosphate poisoning patients decreases.

Organophosphorus pesticides can enter the human body through the digestive tract, respiratory tract and intact skin and mucous membranes. Occupational pesticide poisoning is mainly caused by skin pollution. The absorbed organophosphorus pesticides are distributed in various organs in the body. The content in the liver is the largest. The content in the brain depends on the ability of the pesticide to penetrate the blood-brain barrier.

What specimen can be detected by BALLYA Organophosphorus Test?

Specimen include: all kinds of feed, grain, food, medicine and tobacco. Widely used in feed industry and food processing industry.
You can choose the right products according to your needs.

To protect the animal have health feed, grain, food, medicine and tobacco, avoid contaminated food. The organophosphorus is harmful for animal being, can not take too much in the body. 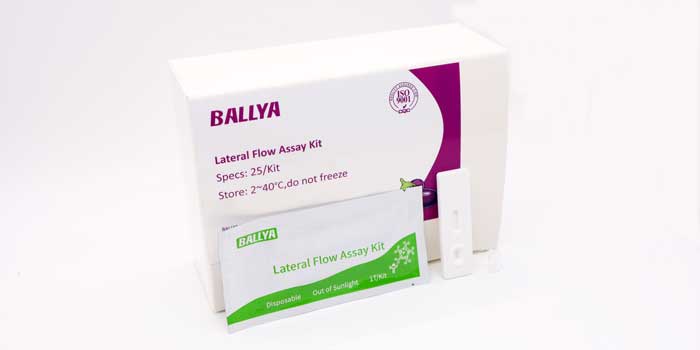 How to use BALLYA Organophosphorus Test?

BALLYA Organophosphorus Test is a qualitative test kit. It’s only for screening purpose. If have positive cases or suspected case, maybe use other detection method to make a further detection, such as, ELISA, PCR, qPCR, etc.

The BALLYA Organophosphorus Test provided by BALLYA can effectively detect the organophosphorus in the samples. Simple operation, short detection time and high accuracy are the characteristics of this product.

Where to buy BALLYA Organophosphorus Test?