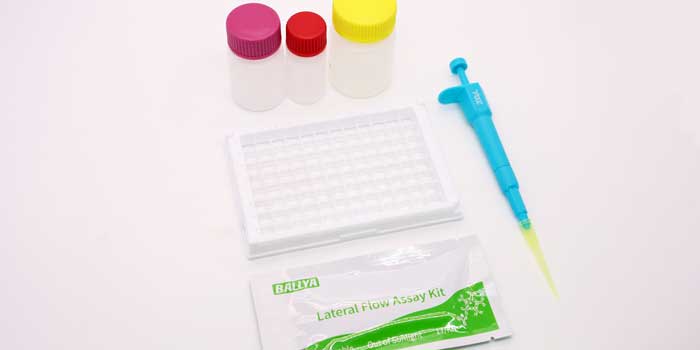 What is BALLYA Clonazepam Test?

BALLYA Clonazepam Test is manufactured by BALLYA, it’s rapid test for detection clonazepam residues in feed, food and medicine, especially in feed and food. Lateral flow assay test base on the gold immunochromatography assay technology.
Get A Free Quote!

Clonazepam is a benzodiazepine tranquilizer.

The role is similar to diazepam and nitrazepam. But the anticonvulsant effect is 5 times stronger than the former two, and the effect is rapid. Similar to the central inhibitory effect of other BDZ drugs, because it accelerates the influx of chloride ions in nerve cells, the cells are hyperpolarized and the excitability of nerve cells is reduced.

At the same time, it also has a certain effect on glutamate decarboxylase, so it has a broad-spectrum antiepileptic effect. This product still has anti-anxiety, hypnotic and central muscle relaxation effects.

What is Clonazepam used for?

Clonazepam is also commonly used clinically. It is used to overcome anxiety, sedation, soothe the nerves, and hypnosis. It is mainly used for anti-epileptic and anti-convulsant use. This drug has a faster effect and is relatively safe. For those with insomnia the effect is also very good for patients who are easy to wake up early.

Clonazepam is mainly used clinically for

① It is effective in treating epilepsy and convulsions, and it is effective for all types of epilepsy, especially for minor seizures and myoclonic seizures. Intravenous injection to treat status epilepticus.

② Treatment of anxiety and insomnia.

③It is also effective for chorea. It also has a certain effect on drug-induced hyperactivity, chronic multiple convulsions, stiffness syndrome, and various types of neuralgia.

What are the Clonazepam side effects?

① People who are allergic to this product and other BDZ drugs, and patients with glaucoma are prohibited.
②It has teratogenic effects and is contraindicated by pregnant women.

①The dosage must be gradually increased to the maximum tolerable dose, and the dose must be gradually decreased when the drug is stopped.
② Use with caution in patients with liver and kidney dysfunction.
③Intravenous injection, its respiratory and cardiac inhibitory effects are stronger than diazepam, so attention should be paid.
④ It affects the central nervous system and physical development of young children, so this product is not suitable for long-term use in children with epilepsy.
⑤The elderly should be cautious when using it.
Note: The above content is for reference only! Please strictly follow the instructions for use, don’t abuse, don’t misuse!

What specimen can be detected by BALLYA Clonazepam Test?

To protect the animal have health feed, food and medicine, avoid contaminated food. The clonazepam is harmful for animal being, can’t take too much in the body. 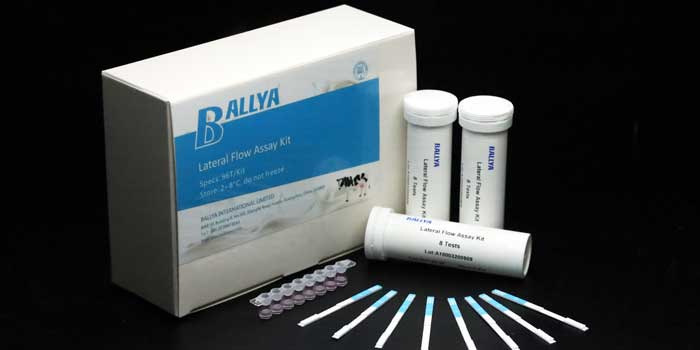 How to use BALLYA Clonazepam Test?

BALLYA Clonazepam Test is a qualitative test kit. It’s only for screening purpose. If have positive cases or suspected case, maybe use other detection method to make a further detection, such as, ELISA, PCR, qPCR, etc.

As the application of sedatives becomes more and more widespread, and there are more and more types, detection methods require not only high efficiency, sensitivity and accuracy, but also good reproducibility and stability.

Where to buy BALLYA Clonazepam Test?