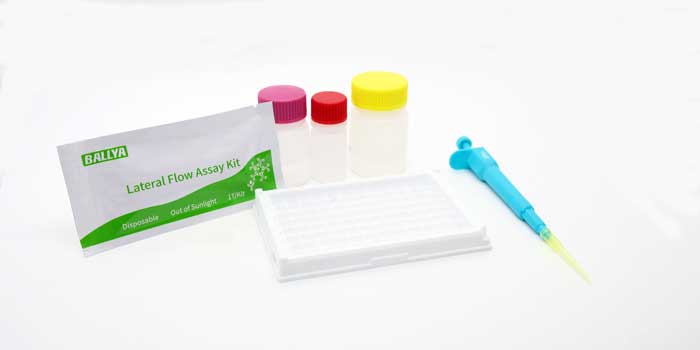 What is BALLYA Carbamazepine Test?

BALLYA Carbamazepine Test is manufactured by BALLYA, it’s rapid test for detection carbamazepine residues in feed, food and medicine, especially in feed and food. Lateral flow assay test base on the gold immunochromatography assay technology.
Get A Free Quote!

Carbamazepine is a white or almost white crystalline powder. It is a dibenzazepine anti-epileptic drug and has anti-epileptic effects similar to phenytoin sodium.

Carbamazepine has better anti-peripheral neuralgia effect than phenytoin, and can be used for trigeminal neuralgia and glossopharyngeal neuralgia. It can also be used for the treatment of arrhythmia and diabetes insipidus.

Membrane stabilization can reduce the permeability of nerve cell membranes to Na+ and Ca2+, thereby reducing cell excitability and prolonging the refractory period; it may also enhance the synaptic transmission function of GABA.

The anticonvulsant mechanism is similar to phenytoin, which inhibits the late strengthening of the rigidity of the synapse and limits the spread of abnormal discharge of the epileptic foci. It can also inhibit the electrical activity in the anterior abdominal nucleus of the thalamus.

The mechanism of pain relief is unknown, which may reduce the synaptic transmission of the central nervous system.

What is Carbamazepine used for?

3. The treatment of neurogenic diabetes insipidus may be due to the promotion of antidiuretic hormone secretion.

4. Prevention or treatment of manic depression, clinical use proves that this drug has obvious therapeutic effects on mania and depression, and can also reduce or eliminate the symptoms of mania and delusion in patients with schizophrenia.

5. Anti-arrhythmic effect, can fight arrhythmia caused by digoxin poisoning. Can make it completely or basically return to normal heart rhythm. Clinical trials have proved that it is effective for ventricular or supraventricular premature beats, and can eliminate symptoms, especially those with chronic cardiac insufficiency.

What are the Carbamazepine side effects?

Common adverse reactions are central nervous system reactions such as blurred vision, diplopia, and nystagmus, as well as dizziness, fatigue, nausea, and vomiting; most of them occur 1 to 2 weeks after medication.

1. Use with caution in glaucoma, serious cardiovascular diseases, diabetes, patients who cannot tolerate tricyclic antidepressants, and patients with alcoholism, urinary retention, kidney disease and the elderly.

4. Due to the self-induced effect of this product, after the first stage of treatment, it may be necessary to increase the dose to maintain the original blood concentration and seizure control level.

1. Combined use with acetaminophen can cause liver poisoning.

2. Combined with phenobarbital, phenytoin, and primidone, the blood concentration of carbamazepine will decrease.

3. Erythromycin, aceto-eandomycin, cimetidine, isoniazid and dextropropoxyphene can inhibit the metabolism of carbamazepine, causing the latter to increase the plasma concentration.

4. Combined with carbonic anhydrase inhibitors, the risk of osteoporosis increases.
Note: The above content is for reference only! Please strictly follow the instructions for use, don’t abuse, don’t misuse!

What specimen can be detected by BALLYA Carbamazepine Test?

To protect the animal have health feed, food and medicine, avoid contaminated food. The carbamazepine is harmful for animal being, can’t take too much in the body. 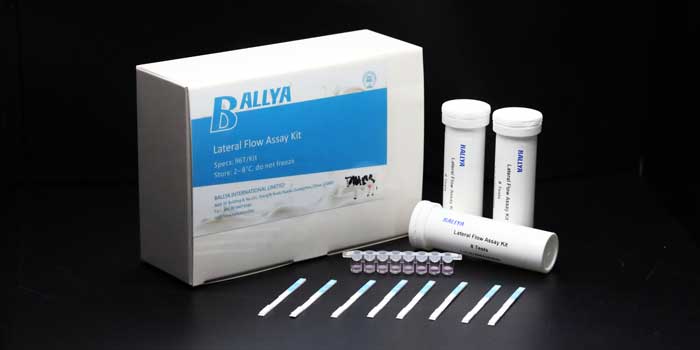 How to use BALLYA Carbamazepine Test?

BALLYA Carbamazepine Test is a qualitative test kit. It’s only for screening purpose. If have positive cases or suspected case, maybe use other detection method to make a further detection, such as, ELISA, PCR, qPCR, etc.

As the application of sedatives becomes more and more widespread, and there are more and more types, detection methods require not only high efficiency, sensitivity and accuracy, but also good reproducibility and stability.

Where to buy BALLYA Carbamazepine Test?