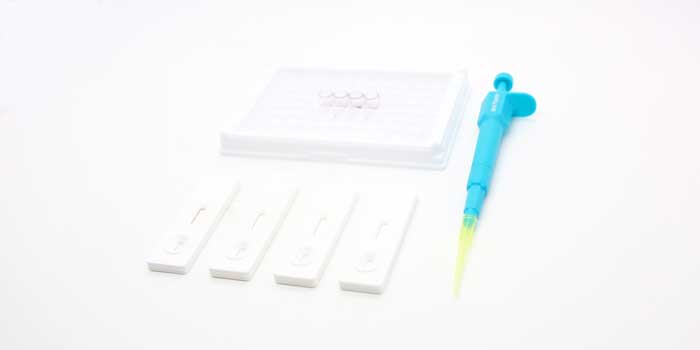 What is Ethopabate and how does it work?

Ethopabate is a veterinary drug used in the prophylaxis and treatment of coccidiosis in chickens. It is an arylamide containing one phenyl ring, belonging to monocyclic aromatics, is a very safe drug. It has anticoccidial activity especially against intestinal forms and lacks activity against E. tenella of caecal worms. This drug is a competitor of PABA for absorption by the parasite and interferes with folate synthesis. It has good activity against E. acervulina and some strains of E. maxima and E. brunette. It has been used only in combination with Amprolium first at 4 ppm and later at 40 ppm. This drug has peak activity on 4th day of cycle. Ethopabate is a component of marketed AMPROL PLUS (amprolium, ethopabate), indicated for use as an aid in the prevention of coccidiosis (1) in broiler chickens and (2) in replacement chickens where immunity to coccidiosis is not desired.

Ethopabate combined with other drugs can not only inhibit the discharge of infected giant Eimeria oocysts in chickens, but also block the synthesis of tetrahydrofolate in the para-aminobenzoic acid-folic acid metabolic pathway to play an anti-coccidial effect. It is also effective Delays drug resistance, is highly effective, non-toxic, non-mutagenic, non-carcinogenic, and has no accumulation in poultry.

What are the Ethopabate effects?

Ethopabate is a synergist of anti-coccidial drugs such as amproline. It is often formulated as a compound preparation and is widely used in clinics.
Ethopabate's anticoccidial effect and mechanism are the same as sulfa drugs and antibacterial synergists.

Colorless to yellow liquid. It has fruity, tallow animal and almond scent. When it is highly diluted, it has an apple-like scent. When the concentration is lower than 10 mg/kg, it has a peach scent. Boiling point 92.5℃, melting point -51℃, relative density (d20) 0.7977, refractive index nD201.390. Soluble in ethanol, ether, propylene glycol and essential oils, slightly soluble in water.
Natural products are found in essential oils such as citrus, lemon and peppermint.

Ethopabate use as a veterinary medicine

Ethopabate is used as a feed additive to prevent chickens and prevent coccidiosis.
Chickens start to take medicine from 12 or 15 days after birth, and continue to use them until 60 days of age.
Rabbits are given medicine within four months of age, adding 1 gram of the original medicine for every 2 kg of feed, and mixing the feed evenly.
After eating, it can reduce the mortality rate and gain about 20%.

Ethopabate can be used alone (40 grams of the original medicine per ton of feed, mixed in the feed), or mixed with other agents to form a variety of broad-spectrum anticoccidial drugs, such as Ethopabate 4% often combined with amproline 25% is used in combination, and its commercial name is compound amproline; it is composed of 20% amproline, 1% Ethopabate, and 12% sulfaquinoline for enhanced amproline.

To protect the animal have health feed, food and avoid contaminated food. The ethopabate is harmful for animal being, can not take too much in the body. 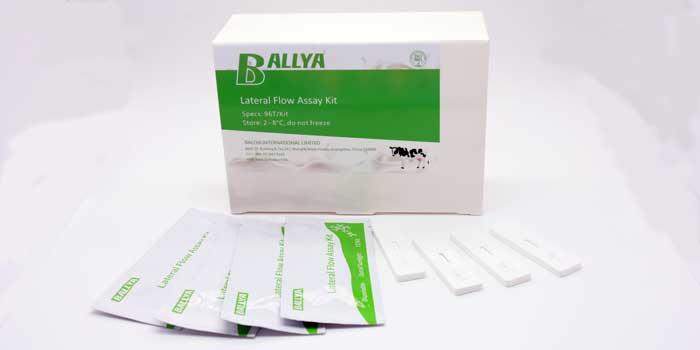 BALLYA Ethopabate Test is a qualitative test kit. It’s only for screening purpose. If have positive cases or suspected case, maybe use other detection method to make a further detection, such as, ELISA, PCR, qPCR, etc.

As a pharmaceutical feed additive, ethopabate can significantly promote weight gain and increase feed conversion rate, and is widely used in the field of livestock and poultry breeding. However, many people do not pay attention to the dosage and usage of ethopabate, which leads to the residue of ethopabate in food. Ethopabate is harmful to the human body and should be avoided as much as possible.
The BALLYA Ethopabate Test provided by BALLYA can effectively detect the ethopabate in the samples. Simple operation, short detection time and high accuracy are the characteristics of this product.