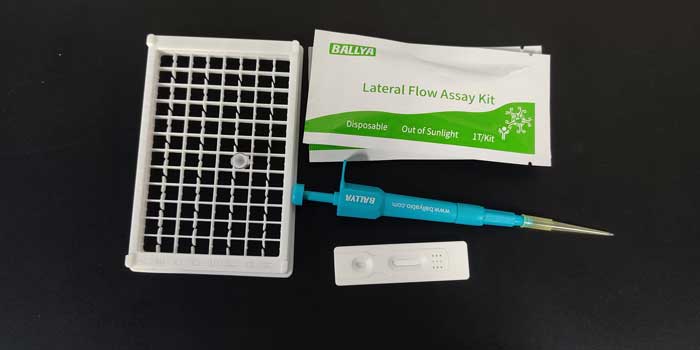 Clopidol is a pyridine compound that has a broad anticoccidial effect. Can be used for poultry and rabbit coccidiosis.
The peak period of action of Clopidol on coccidia is mainly in the spore development stage, which can stop the sporozoite development in epithelial cells for up to 60 days. It has also recently been found to inhibit the second generation of schizont reproduction, gamete reproduction and sporulation. Since clopidol has only an inhibitory effect on coccidia, the sporozoites can re-grow after the drug is stopped.
Clopidol can significantly reduce the host's immunity to coccidia.

Clopidol is one of the most widely used anticoccidial drugs in China, and it is also widely used internationally.
Clopidol has a good effect on the prevention and control of 9 species of Eimeria tenella, especially the most effective treatment for Eimeria tenella. The peak activity of this product against coccidia is the sporozoite stage (that is, the first day after infection). Therefore, it must be used before or during infection to fully exert its anti-coccidial effect. According to some data, clopidol has a significant inhibitory effect on the body's coccidiosis immunity. Do not stop the drug prematurely, otherwise it will often cause an outbreak of coccidiosis.
Clopidol also has a certain control effect on rabbit coccidiosis.

(1) Because this product has only a developmental inhibitory effect on coccidia, and a significant inhibitory effect on immunity, therefore, broilers must be applied continuously and cannot be rashly disabled.
(2) Due to long-term wide application, most of the coccidiosis in China have apparently exhibited resistance to clopidogrel. Since the structure of this product is similar to the quinoline anticoccidial drug, there may be cross resistance. Therefore, once drug resistance is found in chicken farms, the application should be discontinued, and quinoline anticoccidial drugs cannot be replaced.
(3) Laying hens are prohibited.

Coccidiosis is a parasitic disease that can cause severe losses in poultry meat and egg production. Parasites multiply in the small intestine causing tissue damage, reducing feed intake and nutrient absorption in feed, dehydration and blood loss.

Coccidiosis is caused by the single-cell parasite Eimeria. The life cycle of Eimeria is about 4-7 days. Eimeria's life began when the active oocysts were swallowed by chickens. An "oocyst" is a capsule with a thick protective layer to protect the parasite. They are "spores" or non-infectious, but if humidity, temperature or oxygen are appropriate, they start to grow. After the chickens feed on the oocysts, the coccidia implant in the intestine, chimerically multiply between the intestinal cells, and damage the tissue.

The economic losses caused by it are staggering. The morbidity and lethal rate of chicks aged 10-30 days or young chickens aged 35-60 days can be as high as 80%. The cured chicks are hindered from growth and gain weight slowly; adult chickens generally do not develop disease, but as carriers, the weight gain and egg production capacity are reduced, which is an important source of coccidiosis.

So far, the control of chicken coccidiosis at home and abroad mainly depends on drugs. The drugs used are chemically synthesized and antibiotics. Since the first special anticoccidial drugs appeared in 1936, more than 40 anticoccidial drugs have been reported, and 20 are widely used today.

① Cut off the transmission of chicken coccidiosis. Isolate sick chickens from healthy chickens and feed them in groups to prevent the spread and spread of the disease. Immediately remove feces and moist litter, sterilize the pens, tableware, and utensils with 20% lime water, and sterilize personnel, vehicles, and related appliances entering and leaving the farm; excrement accumulation and fermentation; and maintain temperature and humidity It is appropriate to reduce the feeding density and ensure good ventilation.
②Feed more green-green feed rich in vitamins, add vitamin A, vitamin K and vitamin C to the feed to enhance the immune function of the chickens and improve the body's tolerance to various stresses. At the same time, reduce the content of bran and calcium carbonate in the feed, reduce the substances necessary for the development of coccidia, and prevent the growth of coccidia.
③Add 3 ～ 5g chlorphenguanidine to the feed and feed it for 5 days; Add 500 ～ 600 mg / kg sulfadimethoxine drinking water to the feed for 5 days to treat sick chickens; Add 250 mg / kg sulfonamide to the feed M-Dimethoprim, used for 7 days, to prevent healthy chickens.
④ Adjuvant treatment with sodium sulfate, quickly remove intestinal pus blood, so that anticoccidial drugs can be fully absorbed and play a therapeutic effect. Every 1000 chickens drink 500g of sodium sulphate for 5 days, and the severe cases can take 2 times.

To protect human have health food and avoid contaminated food. The clopidol is harmful for human being, can not take too much in body.

1. Take egg specimen
2. Add the supernatant to cassette
3. Wait for 15 minutes to result
4. The details of operation, refer to the kit instruction

BALLYA Clopidol Test is a qualitative test kit. It’s only for screening purpose. If have positive cases or suspected case, maybe use other detection method to make a further detection, such as, ELISA, PCR, qPCR, etc.

Coccidiosis is a parasitic disease that can cause severe losses in poultry meat and egg production. Even if Clopidol is used for prevention and control, it will cause serious economic losses. And laying hens are prohibited. Once used, it is likely to leave Clopidol residues in the eggs. It is necessary to detect clopidol in eggs.
BALLYA Clopidol Test provided by BALLYA can effectively and quickly detect whether eggs contain clopidol residues. Not only is the operation simple and the detection time is short, it allows the tester to obtain the test results in the fsirst time.