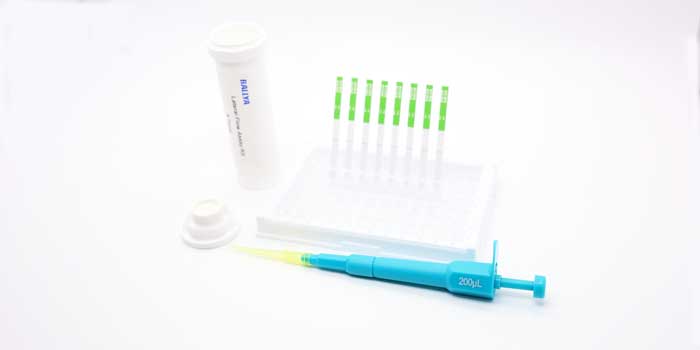 What is BALLYA Levamisole Test?

What is Levamisole and how does it work?

Levamisole is a derivative of synthetic thiazole compounds, a broad-spectrum anthelmintic, mainly used to drive roundworms and hookworms.

Levamisole is a synthetic broad-spectrum anthelmintic. After entering the human body, it inhibits the activity of succinate dehydrogenase in the body’s muscles, so that fumaric acid cannot be reduced to succinic acid. The glucose metabolism is impaired, and energy production is insufficient. The muscle is paralyzed and excreted from the body.

How Levamisole uses for?

It can improve the patient's resistance to bacterial and viral infections. It is currently being tried as an adjuvant treatment for lung cancer, breast cancer after surgery or acute leukemia and worsening lymphoma after chemotherapy.
In addition, it can still be used for autoimmune diseases such as rheumatoid arthritis, lupus erythematosus and upper flu, respiratory tract infections in children, hepatitis, bacillary dysentery, boils, abscesses, etc. Preliminarily proved the short-term curative effect for refractory bronchial asthma.

Repel roundworms: 100-200 mg per day for adults, 1 hour after meals. Children 2-3 mg per kilogram of body weight per day.
To repel hookworms: 100-200 mg daily, take 1 hour after meal, and even take 2-3 days.
Treatment of filariasis: 200-300 mg a day, divided into 2-3 times after meals, for 2-3 days.
Adjuvant treatment of cancer: 150-250 mg per day for 3 consecutive days, 11 days off, and then another course of treatment.
Treatment of rheumatoid arthritis: 50 mg each time, 2-3 times a day, can be taken continuously.
Treatment of bronchial asthma: each serving of 50 mg, 3 times a day for 3 consecutive days, stopping for 7 days, 6 months as a course of treatment.

Please follow the doctor's advice for specific usage and dosage.

Occasionally, dizziness, nausea, vomiting, abdominal pain, loss of appetite, fever, drowsiness, fatigue, rash, itching and other adverse reactions can be relieved by itself after stopping the drug. Individual patients may have leukopenia, exfoliative dermatitis and liver damage.

It should be used with caution in early pregnancy, patients with abnormal liver function and renal dysfunction, and should not be used during active hepatitis.

Levamisole use as a veterinary medicine

Levamisole is a broad-spectrum antinematode drug that is active against most nematodes in horses, cattle, sheep, pigs, dogs and chickens.

In addition to anthelmintic activity, levamisole can significantly improve immune response. The mechanism of its immune promotion effect is not yet fully understood. It can restore the cell-mediated immune function of peripheral T lymphocytes, excite the phagocytosis of monocytes, and has a more obvious effect on animals with impaired immune function.

This product is relatively insensitive to most parasites in horses, has a narrow safety range for horses, and is likely to cause poisoning or death. It is generally not used in horses.

Precautions for the use of levamisole

What specimen can be detected by BALLYA Levamisole Test?

To protect the animal have health feed, food and avoid contaminated food. The levamisole is harmful for animal being, can not take too much in the body. 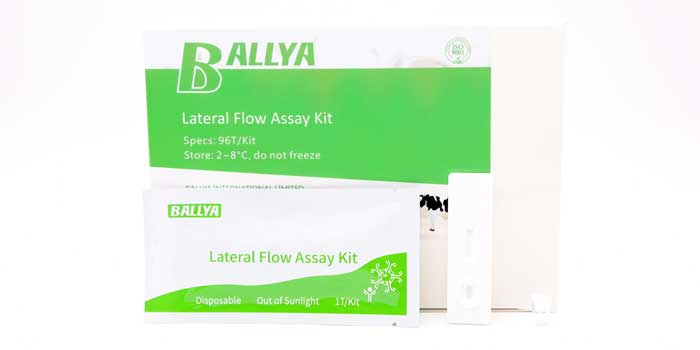 How to use BALLYA Levamisole Test?

BALLYA Levamisole Test is a qualitative test kit. It’s only for screening purpose. If have positive cases or suspected case, maybe use other detection method to make a further detection, such as, ELISA, PCR, qPCR, etc.

As a pharmaceutical feed additive, levamisole can significantly promote weight gain and increase feed conversion rate, and is widely used in the field of livestock and poultry breeding. However, many people do not pay attention to the dosage and usage of levamisole which leads to the residue of levamisole in food. Levamisole is harmful to the human body and should be avoided as much as possible.
The BALLYA Levamisole Test provided by BALLYA can effectively detect the levamisole in the samples. Simple operation, short detection time and high accuracy are the characteristics of this product.

Where to buy BALLYA Levamisole Test?