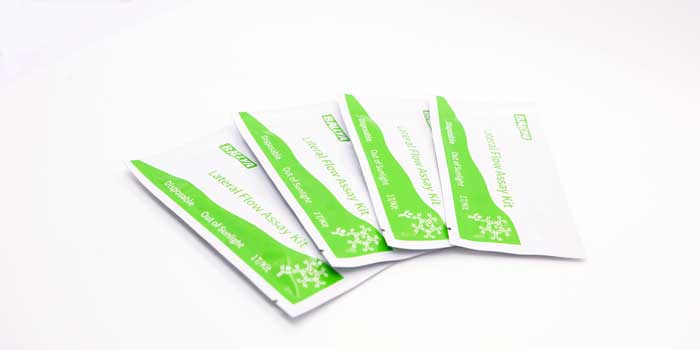 What is BALLYA Tulathromycin Test?

It is a concentration-dependent, bacteriostatic, macrolide antibiotic. Tulathromycin is active against Gram-negative aerobes and has improved efficacy against Gram-negative aerobes compared to other macrolide antibiotics. Tulathromycin is also efficacious against Mycoplasma spp. and anaerobes such as Fusobacterium spp. Distribution is wide throughout the body, and tulathromycin has a tendency to accumulate and persist in the lungs. Excretion is primarily as unchanged drug in feces and urine.

How Tulathromycin uses for?

It is mainly used for various infections caused by herpes simplex virus. It can be used for initial or recurrent skin, mucous membrane, external genital infections and HSV infections in people with immunodeficiency. It is the first choice for the treatment of HSV encephalitis, and it is better than arabinosine to reduce morbidity and mortality. It can also be used for herpes zoster, Epstein-Barr virus, and immunodeficiency patients with chickenpox and other infections. Topically applied to the skin only, acyclovir is less absorbed by the skin.

(1) Animals allergic to macrolide antibiotics are prohibited.
(2) This product cannot be used simultaneously with other macrolide antibiotics or lincomycin.
(3) It is forbidden for lactating cows producing human milk. Pregnant cows or heifers who are expected to give birth within 2 months and may produce milk for human use should not use this product.
(4) It should be used within 28 days after opening or drawing the liquid medicine for the first time. When taking medicine multiple times, it is recommended to use a special suction needle or a multi-dose syringe to avoid too many holes in the bottle stopper.
(5) Tulathromycin is irritating to the eyes. If the eyes come into contact with this product accidentally, rinse immediately with water. Tulathromycin can cause allergic reactions when it comes in contact with the skin. If the skin comes into contact with this product accidentally, rinse immediately with soap and water. Wash hands after use.
(6) It should be stored in a place out of reach of children.

Tulathromycin use as a veterinary medicine

Tulathromycin is mainly used for respiratory diseases of pigs and cattle caused by Actinobacteria, Mycoplasma, Pasteurella, and Haemophilus. It has many advantages, such as low dosage, one-time administration, low residue and animal specific use.

The development prospects of tulathromycin

The most widely used macrolide drugs are tylosin and tilmicosin. Although these two drugs have achieved good results in the production, with the extension of use time, many areas of my country have appeared Different levels of drug resistance have led to increasing dosages, but the therapeutic effect is gradually decreasing, and the efficacy of tyramycin is stronger than the macrolides widely used in the market such as tylosin and tilmicosin drug. Therefore, the application prospect of Tulathromycin in livestock and poultry production is very broad, and the research of its residue analysis method is also particularly necessary.

What specimen can be detected by BALLYA Tulathromycin Test?

To protect the animal have health feed, food and avoid contaminated food. The tulathromycin is harmful for animal being, can not take too much in the body. 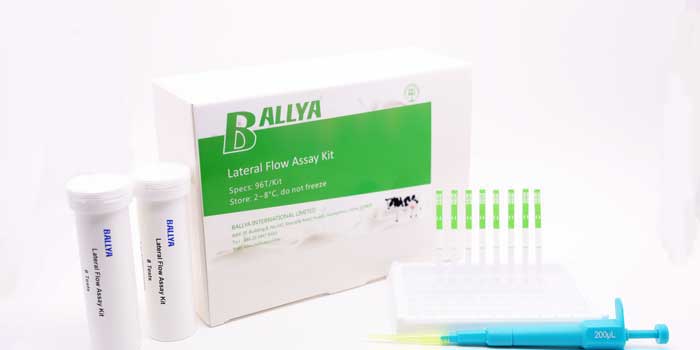 How to use BALLYA Tulathromycin Test?

BALLYA Tulathromycin Test is a qualitative test kit. It’s only for screening purpose. If have positive cases or suspected case, maybe use other detection method to make a further detection, such as, ELISA, PCR, qPCR, etc.

As a pharmaceutical feed additive, tulathromycin can significantly promote weight gain and increase feed conversion rate, and is widely used in the field of livestock and poultry breeding. However, many people do not pay attention to the dosage and usage of tulathromycin, which leads to the residue of tulathromycin in food. Tulathromycin is harmful to the human body and should be avoided as much as possible.
The BALLYA Tulathromycin Test provided by BALLYA can effectively detect the tulathromycin in the samples. Simple operation, short detection time and high accuracy are the characteristics of this product.

Where to buy BALLYA Tulathromycin Test?