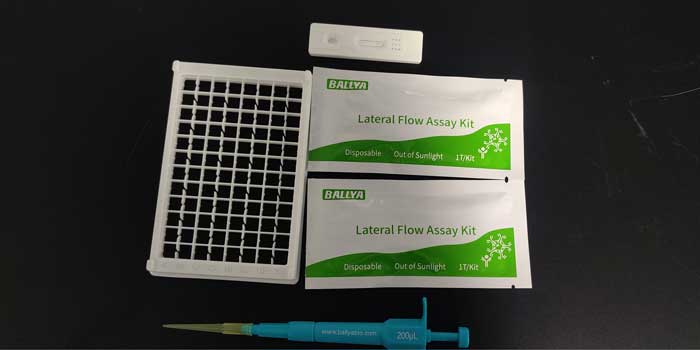 What is BALLYA Doramectin Test?

Its mechanism of action is mainly to increase the release of the insect's inhibitory transmitter γ-aminobutyric acid (GABA), thereby blocking the transmission of nerve signals, causing muscle cells to lose their ability to contract, and causing the death of the insect. The peripheral neurotransmitter of mammals is acetylcholine, which is not affected by doramectin. Doramectin is not easy to penetrate the blood-brain barrier, has minimal damage to the central nervous system, and is safer for livestock.

How Doramectin uses for?

1. The nature of doramectin is not very stable, and it decomposes and inactivates rapidly under the sunlight. Its residual drugs are toxic to fish and aquatic organisms, so pay attention to water source protection.
2. Pouring agent: after application of cattle, it shall not be rained within 6 hours.
3. Use with caution in dogs.
4. Keep this product of Chemicalbook out of the reach of children. Operators should not eat or smoke when using this product, and wash their hands after operation.
5. The residual medicines are toxic to fish and aquatic organisms, so care should be taken to protect water resources.
6. Drug withdrawal period, 35 days for cattle and 24 days for pigs.

Doramectin is a new type of avermectin antiparasitic drug, its anthelmintic effect is similar to ivermectin, and it can inhibit the transmission of nerve impulses between neuromusculars, causing paralysis of the worm body to die from the host and die However, due to the high blood concentration of doramectin in the body, the elimination is slower (the half-life of doramectin is 5.7d, the half-life of ivermectin is 4.2d), and the maintenance time of the drug effect is extended, so the insect repellent effect is better, And there is no allergic reaction, so it is safe to use.

Doramectin use as a veterinary medicine

Doramectin is a broad-spectrum antiparasitic drug, which has a good repellent effect on internal and external parasites, especially certain nematodes and arthropods. It is used for nematode disease, mite and lice parasitosis in dogs. Strict usage according to dosage generally has no side effects on dogs, but it should be noted that doramectin is forbidden for Collie Shepherd dogs, and it is extremely sensitizing to Collie Shepherd dogs and may even cause death.

Doramectin has a good effect on swine digestive tract nematodes. It has been reported that pigs are administered intramuscularly at a dose of 0.3 mg / kg body weight, and cases of artificial and natural infection gain weight at 7, 14 and 21 days after administration Significantly higher than the control group (pig P <0.0001); compared with the control group, the insect body was 100% expelled, and no side effects occurred. In the treatment of swine mites, from suckling piglets to sows, they have a good effect. After artificially infected with scabies mites, they are administered according to 0.3Chemicalbook mg / kg body weight intramuscular injection. The elimination effect of worm infection is very obvious (P <0.05). In the treatment of kidney worms in pregnant sows, the neck was injected at a dose of 0.3 mg / kg at one time. On days 56 and 57, the detection rate of urinary worm eggs was 0, and the removal rate was 100%, while the control group It is 3762 eggs per ml of urine. It has the same effect on swine lung worms and swine lice.

What specimen can be detected by BALLYA Doramectin Test?

To protect human have health food and avoid contaminated food. The doramectin is harmful for human being, can not take too much in body. 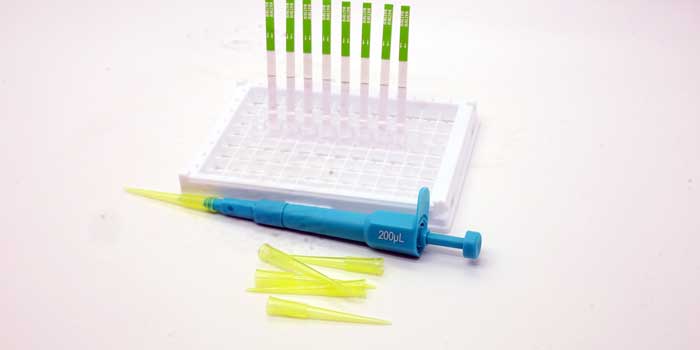 How to use BALLYA Doramectin Test?

1. Take milk or beef specimen
2. Add the supernatant to cassette
3. Wait for 15 minutes to result
4. The details of operation, refer to the kit instruction

BALLYA Doramectin Test is a qualitative test kit. It’s only for screening purpose. If have positive cases or suspected case, maybe use other detection method to make a further detection, such as, ELISA, PCR, qPCR, etc.

Doramectin has been widely used as an insect repellent in various industries. The dairy farming industry deserves special attention. Milk provides people with rich nutrients and makes them indispensable in daily life. The problem of doramectin residues in milk has always troubled people, and it is quite necessary to conduct timely detection of milk.
BALLYA Doramectin Test provided by BALLYA can effectively and quickly detect whether milk contain doramectin residues. Not only is the operation simple and the detection time is short, it allows the tester to obtain the test results in the first time.

Where to buy BALLYA Doramectin Test?