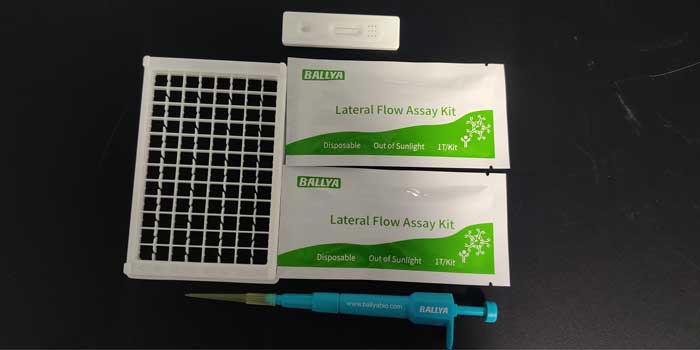 What is BALLYA Ivermectin Test?

Ivermectin is a sixteen-membered macrolide antibiotic with a basic structure of a large ester ring at the carbon 16 position and three main substituent groups, namely hexahydrophenylpropane at the C2 to C8 Furans, diglycosyl groups at position C13, ketone groups at positions C17 to C18.

Since the flukes and tapeworms do not use GABA as the transmitter, and lack the Cl channel controlled by glutamic acid, this class of drugs is ineffective. The peripheral neurotransmitter in mammals is acetylcholine. Although GABA is distributed in the central nervous system, it is relatively safe because it is not easy to pass through the blood-brain barrier and has little effect on it.

How Ivermectin uses for?

Ivermectin cream can be used for chronic inflammatory skin diseases that occur in the erythema and telangiectasia in the center of the face.

Ivermectin use as a veterinary medicine

There are special dosage forms abroad (according to the amount of 6 ~ 12μg / kg) for the prevention and treatment of heartworm microfilariae infection in dogs. China can try 50μg / kg oral treatment for heartworm microfilariae infection (invalid for adults). Clinical trials have confirmed that high-dose ivermectina is highly effective against various parasites in dogs, such as a single subcutaneous injection of 50μg / kg against H. elegans, H. brasiliensis, H. elegans in Europe, and 100, 200μg / kg has an excellent effect of repelling adult Toxocara canis and fourth stage larvae. For lion bowworms, according to the amount of 200μg / kg, the effect of subcutaneous injection is only 69%, while the oral administration is 95%.

This product is injected subcutaneously once, to the dogs parasitic capillary nematodes (200μg / kg) and Oslerosis ostracis (400μg / kg).

Oral administration of 0.2 mg / kg ivermectin is highly effective (95% ～ 100%) on the following adults and the fourth stage larvae of large and small round nematodes; such as large round nematodes (common round nematodes, horse round Nematode, round tooth nematode), roundworm (paracoccus elegans), pinworm (horse-tailed nematode), stomach worm (Dalaxis elegans, nematode), intestinal nematode (Trichostrongylus elegans Angiostrongylus websterii), Pneumocystis elegans (Anura elegans), etc. 2 mg / kg is also very limited, but the best solution for the three types of bots in the transition or gastric residence period, onchocerciasis microfilariae and the third stage larvae of gastritis caused by skin damage It is to take the medicine again according to the above amount after one month.

For poultry nematodes such as Ascaris lumbricoides and closed capillaria and arthropods parasitic for poultry, such as knee mites (mutant knee mites), etc., oral or subcutaneous injections at 200 to 300 μg / kg are highly effective. However, this product is not effective against Heterorhabditis elegans.

What specimen can be detected by BALLYA Ivermectin Test?

To protect human have health food and avoid contaminated food. The ivermectin is harmful for human being, can not take too much in body. 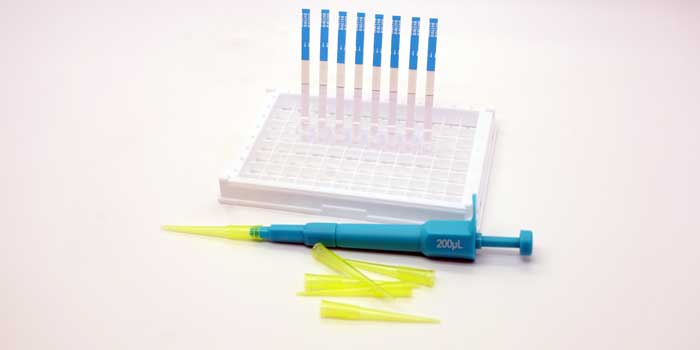 How to use BALLYA Ivermectin Test?

1. Take milk or beef specimen
2. Add the supernatant to cassette
3. Wait for 15 minutes to result
4. The details of operation, refer to the kit instruction

BALLYA Ivermectin Test is a qualitative test kit. It’s only for screening purpose. If have positive cases or suspected case, maybe use other detection method to make a further detection, such as, ELISA, PCR, qPCR, etc.

Ivermectin has been widely used as an insect repellent in various industries. The dairy farming industry deserves special attention. Milk provides people with rich nutrients and makes them indispensable in daily life. The problem of Ivermectin residues in milk has always troubled people, and it is quite necessary to conduct timely detection of milk.
BALLYA Ivermectin Test provided by BALLYA can effectively and quickly detect whether milk contain Ivermectin residues. Not only is the operation simple and the detection time is short, it allows the tester to obtain the test results in the first time.

Where to buy BALLYA Ivermectin Test?