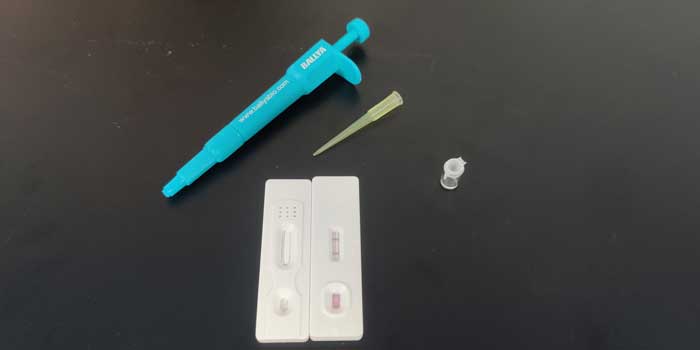 What is BALLYA Amantadine Test?

The mechanism of action for the treatment of Parkinson's disease is unclear. It may be related to amantadine promoting the release of dopamine (DA) from dopaminergic nerve endings in the striatum, strengthening the central nervous system's dopamine and catecholamines, and increasing the neuron's dopamine content.

Amantadine Hydrochloride (8-38) is a symmetrical tricyclic amine, which can inhibit the penetration of the virus into the host cell, and affect the unshelling of the virus, inhibit its reproduction, play a role in the treatment and prevention of viral infections.
It can effectively prevent and treat various influenza a virus infections in clinic. In the flu epidemic period, this product is used as a preventive drug, and the protection rate can reach 50% to 79%. For those who have already suffered from the disease, if it is administered within 48 hours, it can effectively treat the respiratory symptoms caused by influenza a virus.

How Amantadine uses for?

(1) This product can pass through the placenta. Animal experiments have found that rats with 50 mg / kg daily (12 times the amount commonly used by humans) are toxic to the embryo and can cause teratology. Pregnant women should be used with caution.
(2) This product can be excreted by breast milk, disabled for lactating women.
(3) The following conditions should be used with caution:
① those with cerebrovascular disease or history;
② have a history of recurrent eczema-like rash;
③ peripheral edema;
④ congestive heart failure;
⑤ psychosis or severe neurosis;
⑥ renal function Obstacles;
⑦ Those with a history of epilepsy can increase seizures.

Amantadine use as a veterinary medicine

Amantadine is a drug with multiple uses and multiple mechanisms of action. It can be used for dog pain without permission, but it helps relieve pain by reducing the development of sensitivity to pain in the central nervous system (such as the brain and spinal cord).

Influenza and viral hepatitis of livestock and poultry have special effects on influenza A virus. It is also suitable for ferrets infected with flu. After taking the medicine, it can obviously reduce the mortality rate, but it can not reduce the infection rate, and it has the effect of anti-tremor and anti-paralysis. Combined with antibiotics, it has the function of treating sepsis and viral hepatitis, and has a fever-reducing effect. In addition, amantadine is also added to feed to prevent diseases.

What specimen can be detected by BALLYA Amantadine Test?

To protect human have health food and avoid contaminated food. The amantadine is harmful for human being, can not take too much in body. 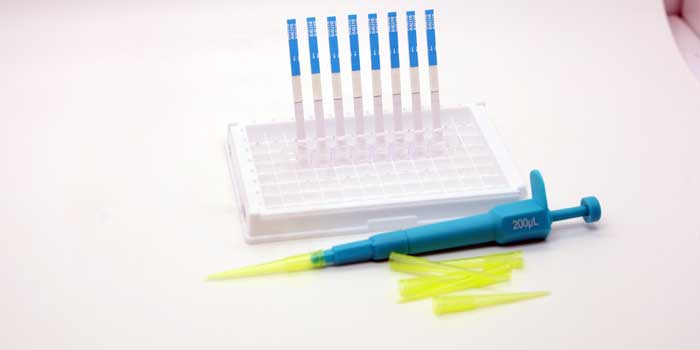 How to use BALLYA Amantadine Test?

BALLYA Amantadine Test is a qualitative test kit. It’s only for screening purpose. If have positive cases or suspected case, maybe use other detection method to make a further detection, such as, ELISA, PCR, qPCR, etc.

Amantadine has been widely used as an anabolic hormone in various industries. The pig breeding industry deserves special attention. Pork provides people with rich nutrition, making it indispensable in daily life. The problem of amantadine hormone residues in pork has always plagued people, so it is necessary to detect pork in time.
BALLYA Amantadine Test provided by BALLYA can effectively and quickly detect the presence of amantadine residues in pork. Not only the operation is simple, the detection time is shortern, but the tester can get the result in the first time.

Where to buy BALLYA Amantadine Test?