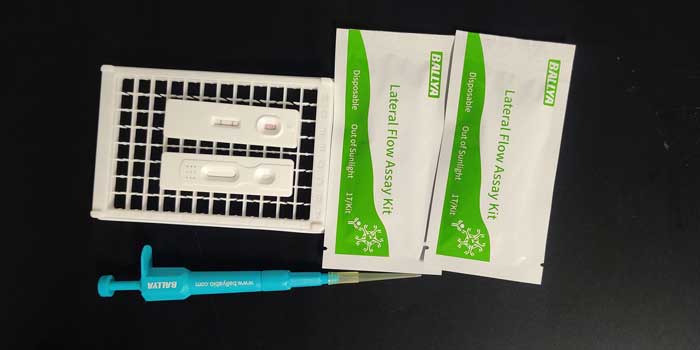 What is BALLYA Olaquindox Test?

Olaquindox was the second-generation growth promoter developed in the 1970s when it was first discovered by Bayer in 1965 to promote its growth in animals. It is a light yellow crystal, slightly soluble in water, insoluble in general organic solvents, and has a melting point of 209 °C (decomposition). It is quite stable at room temperature. Even at 70 °C, it can be stored for more than half a month without being oxidized. It will decompose under strong light.

Olaquindox, also known as Beiyunuo, Kuaiyuling, etc., is a light yellow crystalline powder. Its antibacterial effect is excellent, and it is particularly sensitive to gram-negative bacteria. The minimum inhibitory concentration of gram-positive bacteria is 50-100μg/ml, which is better than gold toxin. It also has an inhibitory effect on spirochetes. In addition, bacteria that are resistant to other antibiotics are still very sensitive to olaquindox.

Antibacterial growth-promoting agent, has the effect of promoting protein assimilation, improving feed conversion rate, and accelerating pig weight gain. It has an inhibitory effect on gram-negative bacteria; it has a certain inhibitory effect on gram-positive bacteria; it is still effective against resistant strains such as tetracycline and chloramphenicol.

Olaquindox is produced by chemical synthesis using o-nitroaniline as a raw material, and firstly reacts with sodium hypochlorite to produce phenoxydiamine. N-oxide is reacted with diketene and ethanolamine to prepare olaquindox, and the crude product can be refined by recrystallization.

How Olaquindox uses for?

Olaquindox has the effect of antibacterial and promoting protein synthesis, and has a broad antibacterial spectrum. It is resistant to pathogenic Gram-positive and negative bacteria such as Pasteurella multocida, Escherichia coli, Proteus, Staphylococcus aureus, pneumococcus, and dysentery Spirochetes have a strong inhibitory effect. Because this product can promote the assimilation of protein and increase nitrogen storage, it has an obvious effect of promoting animal growth and improving lean meat rate. However, it has been reported that the effect of promoting weight gain is not significant when used in pigs. Therefore, olaquindox is often used as a poultry additive in China.

Adding this product to feed is mainly used to promote growth, especially for fattening broilers. It can also prevent and treat certain bacterial diseases. For example, adding olaquindox to feed can prevent diarrhea or diarrhea in weaned piglets.

Olaquindox has no cross-resistance with commonly used antibiotics, such as penicillin, tetracycline, and chloramphenicol. It also has a certain effect on strains that are resistant to these antibiotics.

Olaquindox has moderate to obvious accumulated toxicity, has obvious teratogenic effects on most animals, and has potential teratogenicity to humans, namely teratogenic, mutagenic, and carcinogenic.

Unreasonable use of drugs can lead to poisoning, susceptibility to cold, thirst, sharp loss of appetite or abolition, squatting, or walking and shaking. Young birds fear the cold, get together, and gather near the heat source.

Cockscomb and meat beard turn dark red or black purple. The stool is thin and yellowish-white. Pendulous wings. Some show symptoms such as nervous excitement, shortness of breath, and running around. Generally, they die 1 to 3 days after being poisoned, and the duration of the disease is as long as 7 to 10 days. Before death, some fluttered their wings and struggled, screamed, and flexed their horns and bows. Chronic disease ducks have an upper bill deformity.

Europe and the United States have banned the use of olaquindox as a feed additive. The susceptibility of different species to olaquindox varies greatly. Poultry and fish are more sensitive and have strong toxic effects. As early as 2009, there were incidents of feeding fish with olaquindox, causing numerous fish deaths.

Regarding the use of olaquindox in breeding, the Ministry of Agriculture made strict regulations in the Announcement No. 168 of 2001: It can only be used for pigs weighing less than 35 kg, and feed with an additive amount of 50-100 ppm is prohibited. And aquaculture. But many farmers still use it again, and the unspoken rules of the industry ambush everyone.

Olaquindox belongs to quinoxaline, a compound of dinitrogen oxides, slightly soluble in cold water, soluble in boiling water, and stable in the air. This medicine is commonly used to prevent and treat avian cholera, pasteurosis, avian E. coli infection, pullorum, paratyphoid fever, and leucocytosis of chickens, especially for the treatment and prevention of acute and chronic chickens, ducks, geese, etc. Poultry diseases such as abortion and paratyphoid fever.

What specimen can be detected by BALLYA Olaquindox Test?

To protect human have health food and avoid contaminated food. The olaquindox is harmful for human being, can not take too much in body. 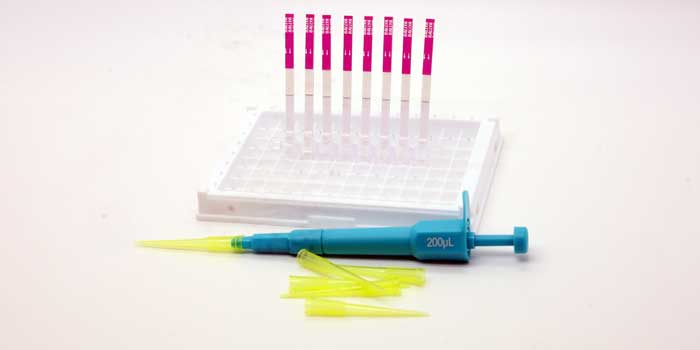 How to use BALLYA Olaquindox Test?

1. Take pork liver and extrat supernatant
2. Add the supernatant to cassette
3. Wait for 15 minutes to result
4. The details of operation, refer to the kit instruction

BALLYA Olaquindox Test is a qualitative test kit. It’s only for screening purpose. If have positive cases or suspected case, maybe use other detection method to make a further detection, such as, ELISA, PCR, qPCR, etc.

Although Olaquindox has been included in the list of drugs and other compounds that are banned for use in food animals, because of its remarkable curative effect on swine diseases, many pig farms still secretly use Olaquindox, which seriously threatens consumers' health.
BALLYA Olaquindox Test provided by BALLYA can effectively and quickly detect the presence of Olaquindox residues in pig liver. Not only the operation is simple, the test time is short, but the tester can get the test result in the first time.

Where to buy BALLYA Olaquindox Test?