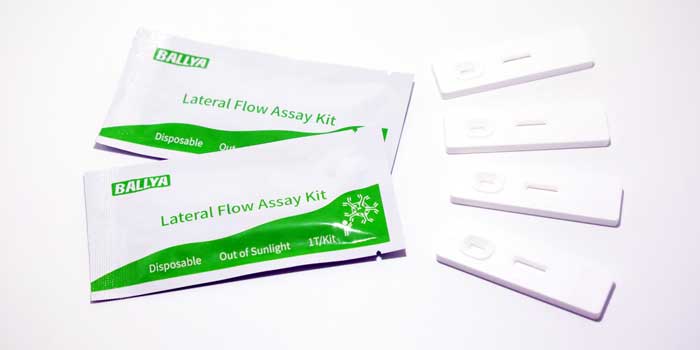 What is BALLYA Olaquindox Metabolite Test?

Olaquindox is a quinoxaline drug. It is a synthetic broad-spectrum antibiotic. It has very good antibacterial and growth-promoting effects and pharmacokinetic properties. It is widely used as a feed additive for pigs, chickens and aquatic products.

Existing research shows that Olaquindox and its deoxygenated metabolites are considered to be carcinogenic, teratogenic and photosensitizing, and therefore have been banned.

After the animal ingests olaquindox, 3-methyl-quinoxaline-2-carboxylic acid (MQCA) is the last metabolite that leaves the animal’s body and is also the labeled residue of olaquindox. Therefore, it is usually necessary to monitor the residues of olaquindox. Analyze its metabolite MQCA.

What is Olaquindox used for?

Olaquindox is produced by chemical synthesis using o-nitroaniline as a raw material, and firstly reacts with sodium hypochlorite to produce phenoxydiamine. N-oxide is reacted with diketene and ethanolamine to prepare olaquindox, and the crude product can be refined by recrystallization.

What are the Olaquindox side effects?

Olaquindox has moderate to obvious accumulated toxicity, has obvious teratogenic effects on most animals, and has potential teratogenicity to humans, namely teratogenic, mutagenic, and carcinogenic.

Unreasonable use of drugs can lead to poisoning, susceptibility to cold, thirst, sharp loss of appetite or abolition, squatting, or walking and shaking. Young birds fear the cold, get together, and gather near the heat source.

Cockscomb and meat beard turn dark red or black purple. The stool is thin and yellowish-white. Pendulous wings. Some show symptoms such as nervous excitement, shortness of breath, and running around. Generally, they die 1 to 3 days after being poisoned, and the duration of the disease is as long as 7 to 10 days. Before death, some fluttered their wings and struggled, screamed, and flexed their horns and bows. Chronic disease ducks have an upper bill deformity.

Europe and the United States have banned the use of olaquindox as a feed additive. The susceptibility of different species to olaquindox varies greatly. Poultry and fish are more sensitive and have strong toxic effects. As early as 2009, there were incidents of feeding fish with olaquindox, causing numerous fish deaths.
Note: All the above content is for introduction only, and drug use must be carried out under the guidance of doctors in regular hospitals.

Olaquindox belongs to quinoxaline, a compound of dinitrogen oxides, slightly soluble in cold water, soluble in boiling water, and stable in the air. This medicine is commonly used to prevent and treat avian cholera, pasteurosis, avian E. coli infection, pullorum, paratyphoid fever, and leucocytosis of chickens, especially for the treatment and prevention of acute and chronic chickens, ducks, geese, etc. Poultry diseases such as abortion and paratyphoid fever.

Olaquindox has a protein assimilation effect, which can increase feed conversion rate and lean meat rate, and promote animal growth.

1. This product is less toxic to pigs, but piglets are easily poisoned by excessive amounts and can cause glomerular damage.
2. Human exposure to this product can cause photosensitivity.
Please follow the veterinarian's recommendations for specific usage and dosage, don't use it without authorization!

What specimen can be detected by BALLYA Olaquindox Metabolite Test?

To protect the animal have health feed, food and avoid contaminated food. The olaquindox and olaquindox metabolite is harmful for animal being, can not take too much in the body. 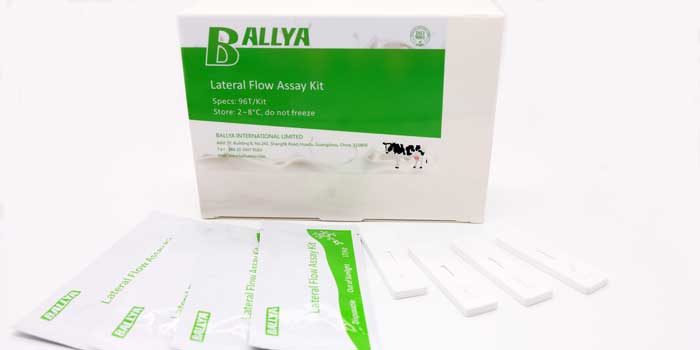 How to use BALLYA Olaquindox Metabolite Test?

BALLYA Olaquindox Metabolite Test is a qualitative test kit. It’s only for screening purpose. If have positive cases or suspected case, maybe use other detection method to make a further detection, such as, ELISA, PCR, qPCR, etc.

As a pharmaceutical feed additive, olaquindox can significantly promote weight gain and increase feed conversion rate, and is widely used in the field of livestock and poultry breeding. However, many people do not pay attention to the dosage and usage of olaquindox, which leads to the residue of olaquindox in food. Olaquindox is harmful to the human body and should be avoided as much as possible. MQCA is the labelled residue of Olaquindox, so its metabolites are usually analyzed when monitoring olaquindox metabolite.
The BALLYA Olaquindox Metabolite Test provided by BALLYA can effectively detect the olaquindox metabolite in the samples. Simple operation, short detection time and high accuracy are the characteristics of this product.