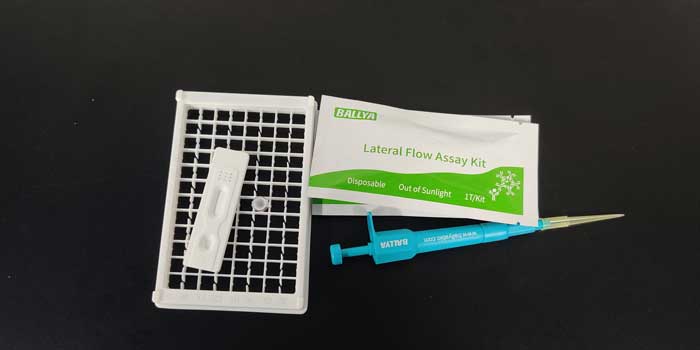 What is BALLYA Marbofloxacin Test?

Marbofloxacin is a fluoroquinolone antibacterial drug for veterinary use, with a chemical name of 9-fluoro-2, 3-dihydro-3-methyl-10-(4-methyl-1-piperazinyl)-7-oxygen Substitute-7H-pyridine [3, 2, 1-i, j] [4. 1.2] benzodiazine-6-carboxylic acid, developed by Roche, further developed by Ve'toquinol, in 1995 successively in England, French listing. This product has a strong antibacterial effect, a long elimination half-life, and a bioavailability close to 100%.

How Marbofloxacin uses for?

Regarding the adverse reactions caused by other fluoroquinolones: It has been reported in dogs that it can increase the activity of liver drug-metabolizing enzymes, causing symptoms such as dyskinesia, seizures, depression, lethargy and nervousness, but the incidence is very low. Allergic reactions and crystaluria also occur. In cats, high doses of enrofloxacin have been reported to cause visual toxicity, but whether marbofloxacin can also cause similar toxicity is unclear.

Marbofloxacin is combined with aminoglycosides, third-generation cephalosporins, and broad-spectrum penicillins. It may have a synergistic effect when inhibiting some bacteria (especially Pseudomonas aeruginosa and Enterobacteriaceae), but not predicted. Although Marbofloxacin has very low activity against anaerobic bacteria, when it is used together with clindamycin, it has been reported to inhibit the in vitro synergistic effect of Peptostreptococcus, Lactobacillus and Bacteroides fragilis. Nitrofurantoin may antagonize the antibacterial activity of fluoroquinolones, so their simultaneous use is not recommended. Fluoroquinolones may accelerate the nephrotoxicity of cyclosporine A.

What specimen can be detected by BALLYA Marbofloxacin Test?

To protect human have health food and avoid contaminated food. The marbofloxacin is harmful for human being, can not take too much in body. 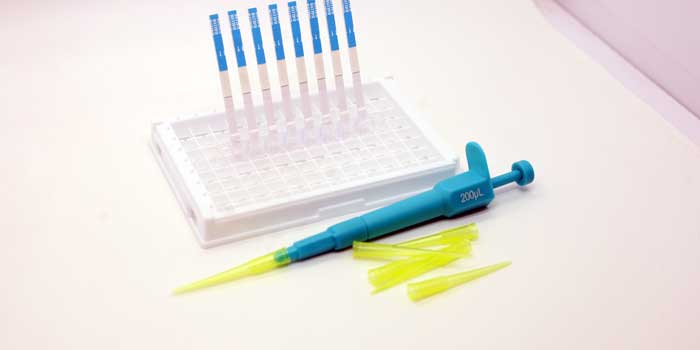 How to use BALLYA Marbofloxacin Test?

1. Take bee products specimen
2. Add the supernatant to cassette
3. Wait for 15 minutes to result
4. The details of operation, refer to the kit instruction

BALLYA Marbofloxacin Test is a qualitative test kit. It’s only for screening purpose. If have positive cases or suspected case, maybe use other detection method to make a further detection, such as, ELISA, PCR, qPCR, etc.

Where to buy BALLYA Marbofloxacin Test?