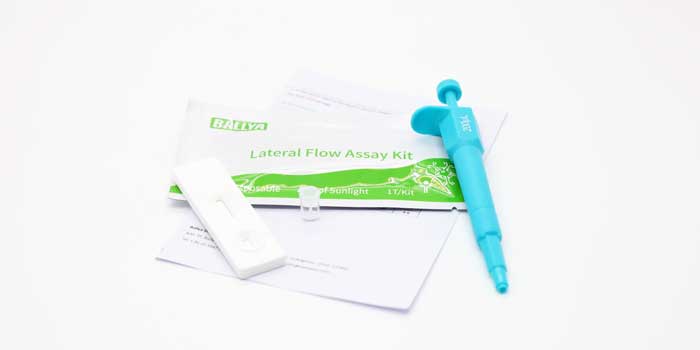 What is BALLYA Praziquantel Test?

What is Praziquantel and how does it work?

Robenidine is a guanidine derivative. It has been widely used in the prevention and treatment of poultry and rabbit coccidiosis.

The anticoccidial mechanism of chlorphenirin is to affect adenosine triphosphate and interfere with coccidial protein metabolism.

The peak period of chlorpheniramine's effect on coccidia is mainly in the first generation schizont stage. It can prevent schizonts from forming merozoites. In addition, some people have confirmed that it also has an inhibitory effect on the second generation schizonts, and even inhibits the development of oocysts.

The addition and rearrangement of sodium thiocyanate with water and hydrazine generate thiosemicarbazide. Then use dimethyl sulfate to methylate and hydrazinolysis to obtain N.N'-diaminoguanidine sulfate. Replace with calcium chloride to N.N'-diaminoguanidine hydrochloride. Finally, it was condensed with p-chlorobenzaldehyde and ethanol to prepare chlorpheniramine hydrochloride with a yield of 94%.

Robenidine is a low-toxicity and high-efficiency anticoccidial drug. It can be used in chicken feed. The dosage is 30-36g/t. It is forbidden during the laying period and the drug withdrawal period is 7 days. It can also be used in rabbit feed at a dosage of 50-66g/t. Prohibited during pregnancy, withholding period of 7 days.
A new type of high-efficiency anti-coccidial drug with high curative effect, low toxicity and good palatability. It has good effects on acute or chronic chicken coccidiosis. Check the weight gain rate and feeding remuneration of rabbits and poultry at the headquarters.

Precautions for the use of chlorphenylguanidine

1. Due to the long-term continuous application of Robenidine has caused severe coccidia resistance, most poultry farms have been stopped for more than ten years. It is recommended to use Robenidine again reasonably, which may have better anti-coccidial effects.
2. Feeding chickens with high feed concentration (60 mg/kg) can make chicken, chicken liver, and even eggs have an unpleasant smell, but low feed concentration (30 mg/kg) will not cause the above phenomenon. For acute fulminant coccidiosis, it is advisable to use a high concentration of the drug first, and then use a low concentration to maintain it after 1 to 3 weeks.
3. Certain coccidioids can continue to survive for up to 14 days when Robenidine is applied. Therefore, stopping the drug too early will often lead to coccidiosis recurrence.
4. Prohibited for laying hens.
5. The drug withdrawal period is 5 days for poultry and 7 days for rabbits.
This information does not contain all possible interactions or adverse effects. Therefore, before using this product, tell your doctor or pharmacist of all the products you use.

Robenidine use as a veterinary medicine

Robenidine has been widely used as an anticoccidial drug for chickens in my country. The 60 mg/kg feed concentration has a good control on the single or mixed infection of tender, toxic, Brinell, giant, pile-type and alleviate precocious Eimeria effect. The effect on poisoning and alleviating Eimeria is similar to clopyridine (125 mg/kg). The preventive effect on soft, pile-shaped, giant, and Eimeria brucei is better than clopyridine.

According to experiments, feeding chickens at a low concentration of medicine (30 mg/kg) does not affect the host's immunity to coccidia, but affects the anti-coccidial effect. Therefore, 60 mg/kg drug concentration is still appropriate for outbreaks of acute coccidiosis.

To protect the animal have health feed, food and avoid contaminated food. The robenidine is harmful for animal being, can not take too much in the body. 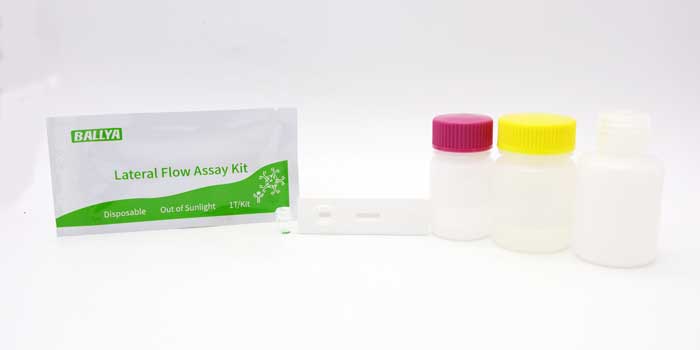 BALLYA Robenidine Test is a qualitative test kit. It’s only for screening purpose. If have positive cases or suspected case, maybe use other detection method to make a further detection, such as, ELISA, PCR, qPCR, etc.

As a pharmaceutical feed additive, robenidine can significantly promote weight gain and increase feed conversion rate, and is widely used in the field of livestock and poultry breeding. However, many people do not pay attention to the dosage and usage of robenidine which leads to the residue of robenidine in food. Robenidine is harmful to the human body and should be avoided as much as possible.
The BALLYA Robenidine Test provided by BALLYA can effectively detect the robenidine in the samples. Simple operation, short detection time and high accuracy are the characteristics of this product.