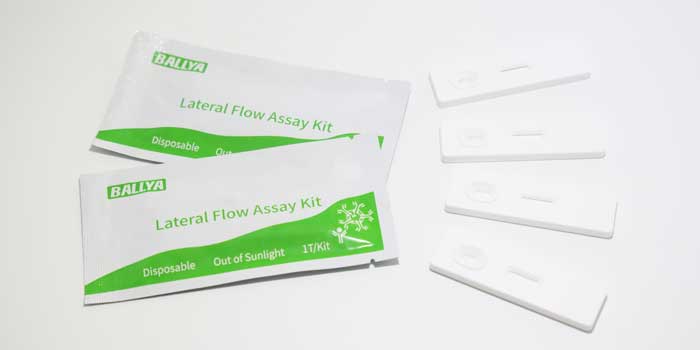 What is Virginiamycin and how does it work?

Virginiamycin has good stability, and its titer remains unchanged for 3 years at room temperature. When added to feed, it can maintain stable potency after crushing, mixing, high temperature (70-90 °C), steaming, and granulation for about 30 minutes, and it can be stored in broiler feed for more than 6 months.

It only has an inhibitory effect on Gram-positive bacteria. The mechanism of action is to inhibit the ribosome of the bacteria and prevent it from achieving a bactericidal effect on protein synthesis. After oral administration, it only stays and acts on the intestinal tract, mainly excreted by feces, and the residual amount is small.

It is obtained by fermentation of Strepeomyces uirginiate, extraction and precipitation.

After injection, it is widely distributed in the body, with the highest concentration in the liver, spleen, and kidney, most of which are excreted in the urine.

What are the Virginiamycin side effects?

The production and use of Virginiamycin as a veterinary antibiotic and animal feed supplement may cause it to be released into the environment through various waste streams. It is one of the chain diagrams produced by Streptomyces virginica.

The commercial product virginiamycin contains approximately 75% fraction M1 and 5% fraction S1. If released into the air, the estimated vapor pressure of virginiamycin M1 at 22 °C is 9.6X10-22 mm Hg, which indicates that virginiamycin will only exist in the particulate phase in the atmosphere.

Granular virginiamycin will be removed from the atmosphere by wet or dry deposition. Virginiamycin M1 and virginiamycin S1 absorb light at 228 nm and 305 nm, respectively, which indicates that virginiamycin may be susceptible to direct photolysis by sunlight.

The migration rate of virginiamycin is expected to be very low and cannot migrate. Based on the negligible Henry's law constant, volatilization from the wet soil surface will not be an important fate process.

Based on the estimated vapor pressure of M1, Virginiamycin may evaporate from the surface of dry soil.

The half-life in soil is 83 to 175 days, which indicates that biodegradation may be an important environmental fate process in soil.

If released into water, based on the estimated Koc value, virginiamycin is expected to adsorb to suspended solids and sediments.

No data on biodegradation in water. Based on the negligible Henry's law constant of this compound, the volatilization of the water surface is not expected to be an important fate process.

The estimated BCF is 5, indicating that the potential for bioaccumulation in aquatic organisms is low.

Since this compound lacks functional groups that can be hydrolyzed under environmental conditions (pH 5 to 9), hydrolysis is not expected to be an important environmental fate process.

In workplaces where virginiamycin is produced or used, inhalation and skin contact with the compound may cause occupational exposure to virginiamycin.

Virginiamycin use as a veterinary medicine

Virginiamycin is used as a feed drug additive.

Please follow the doctor's advice for specific usage and dosage, please do not use it without authorization!

To protect the animal have health feed, food and avoid contaminated food. The virginiamycin is harmful for animal being, can not take too much in the body. 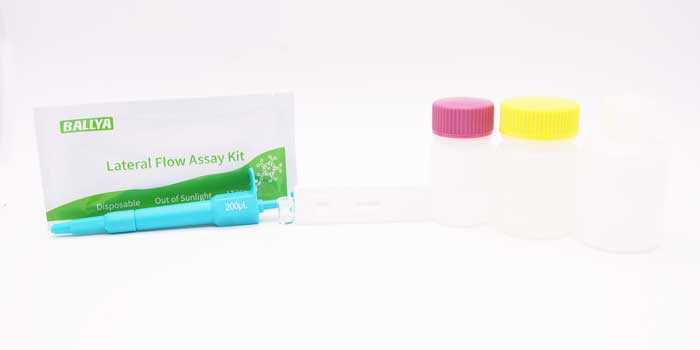 BALLYA Virginiamycin Test is a qualitative test kit. It’s only for screening purpose. If have positive cases or suspected case, maybe use other detection method to make a further detection, such as, ELISA, PCR, qPCR, etc.

As a pharmaceutical feed additive, virginiamycin can significantly promote weight gain and increase feed conversion rate, and is widely used in the field of livestock and poultry breeding. However, many people do not pay attention to the dosage and usage of virginiamycin, which leads to the residue of virginiamycin in food. Virginiamycin is harmful to the human body and should be avoided as much as possible.

The BALLYA Virginiamycin Test provided by BALLYA can effectively detect the virginiamycin in the samples. Simple operation, short detection time and high accuracy are the characteristics of this product.