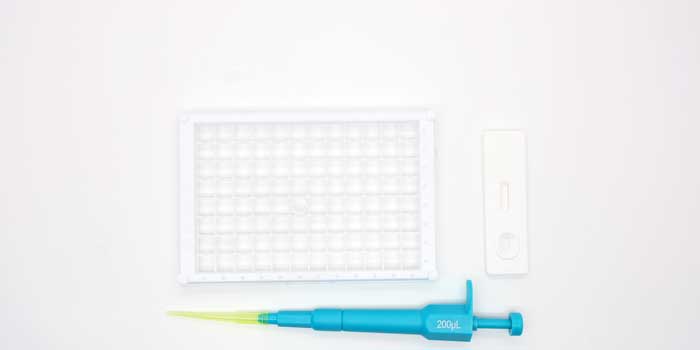 What is BALLYA Amikacin Test?

Mechanism of action of amikacin

Its mechanism of action is to act on ribosomes in bacteria, inhibit bacterial protein synthesis, and destroy the integrity of bacterial cell walls, causing bacterial cell membrane destruction and cell death.
It is suitable for infections caused by gram-negative bacilli and Staphylococcus aureus resistant to penicillin.

How Amikacin uses for?

It is mainly used clinically for various infections caused by gram-negative bacilli resistant to gentamicin and kanamycin such as Escherichia coli, Proteus and Pseudomonas aeruginosa.

1. It mainly affects the cochlear nerve, causing the patient's high-frequency hearing to be damaged first, and then hearing loss gradually develops to symptoms such as deafness, tinnitus, and ear fullness.
2. Renal toxicity: Mainly damage the proximal renal tubules, proteinuria, tubular urine, hematuria, decreased or increased urine output, and then azotemia, decreased renal function, increased potassium excretion, etc.
3. Neuromuscular blockade: Amikacin has the effect of blocking acetylcholine and complexing calcium ions, which can cause myocardial depression and respiratory failure. Pre-existing myasthenia or those who have received muscle relaxants are more likely to occur.
4. Allergic reactions: a few patients may have allergic reactions after medication, including anaphylactic shock, rash, urticaria, drug fever, etc.
5. Others: Amikacin can interfere with normal flora, and long-term medication can cause overgrowth of non-sensitive bacteria.

Precautions for the use of Amikacin

1. Loss of water can increase the blood concentration, which is prone to toxic reactions.
2. The 8th damage to the cranial nerve, because this product can cause damage to the vestibular nerve and the auditory nerve.
3. Myasthenia gravis or Parkinson's disease can cause neuromuscular blockade and cause skeletal muscle weakness.
4. People with impaired renal function, because this product has nephrotoxicity.
5. Interference with diagnosis. This product can increase the measured values of alanine aminotransferase (ALT), aspartate aminotransferase (AST), serum bilirubin concentration and lactate dehydrogenase concentration; blood calcium, The measured values of magnesium, potassium, and sodium concentrations may decrease.
6. Aminoglycosides and β-lactams (cephalosporins and penicillins) can cause mutual inactivation when mixed. This product must be instilled in separate bottles when combined with the above antibiotics. Amikacin should not be instilled in the same bottle with other drugs.
7. Sufficient water should be given to patients to reduce renal tubular damage.
8. When preparing intravenous medication, add 100-200ml of sodium chloride injection or 5% glucose injection or other sterile diluent for every 500mg. Adults should be instilled slowly within 30 to 60 minutes, and the amount of diluted fluid in infants should be reduced accordingly.

(1) Combined use with strong diuretics (such as furosemide, etanyl acid, etc.) can enhance ototoxicity.
(2) Combined application with other ototoxic drugs (such as erythromycin, etc.) may increase the risk of ototoxicity.
(3) Combined application with cephalosporins can increase nephrotoxicity. Dextran can enhance the nephrotoxicity of this class of drugs.
(4) Combined application with muscle relaxants or drugs with such effects (such as diazepam, etc.) can cause the enhancement of neuromuscular blockade. Neostigmine or other anticholinesterase drugs can antagonize the neuromuscular blockade.
(5) The combined application of this class of drugs and alkaline drugs (such as sodium bicarbonate, aminophylline, etc.) can enhance the antibacterial efficacy, but at the same time the toxicity also increases accordingly, so we must be cautious.
(6) The antibacterial effect of penicillins on certain streptococci can be enhanced by the combination of aminoglycosides. For example, it is currently recognized that green streptococcal endocarditis and enterococcal infection can be added to penicillin at the same time. Mycin (or other aminoglycosides).

Amikacin use as a veterinary medicine

Mixed drink 2g of this product plus 300 kg of water, continuous use for 2-3 days, the preventive dose is halved, severe cases doubled or follow the doctor's advice. Mixed feeding Mix 200 kg with 2g of this product, and use it for 2-4 days
Amikacin Sulfate Compatibility Features: Compatibility with alkaline drugs (such as sodium bicarbonate, aminophylline, etc.) and borax can increase the efficacy but also increase the toxicity. Amikacin sulfate is compatible with penicillins, cephalosporins, lincomycin, and TMP to enhance the efficacy. Amikacin sulfate has weakened efficacy in compatibility with vitamin C and vitamin B, while compatibility with aminoglycoside drugs and cephalosporins has enhanced toxicity.

What specimen can be detected by BALLYA Amikacin Test?

To protect the animal have health feed, food and avoid contaminated food. The amikacin is harmful for animal being, can not take too much in the body. 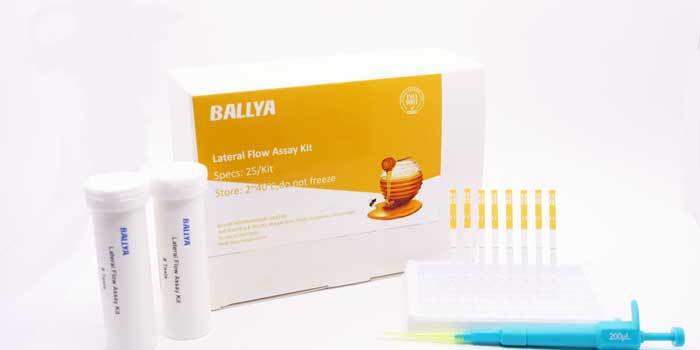 How to use BALLYA Amikacin Test?

1. Take feed specimen
2. Add the supernatant to cassette
3. Wait for 15 minutes to result
4. For details of operation, refer to the kit instruction

BALLYA Amikacin Test is a qualitative test kit. It’s only for screening purpose. If have positive cases or suspected case, maybe use other detection method to make a further detection, such as, ELISA, PCR, qPCR, etc.

As a pharmaceutical feed additive, Amikacin can significantly promote weight gain and increase feed conversion rate, and is widely used in the field of livestock and poultry breeding. However, many people do not pay attention to the dosage and usage of Amikacin, which leads to the residue of amikacin in food. Amikacin is harmful to the human body and should be avoided as much as possible.
The BALLYA Amikacin Test provided by BALLYA can effectively detect the amikacin in the samples. Simple operation, short detection time and high accuracy are the characteristics of this product.

Where to buy BALLYA Amikacin Test?