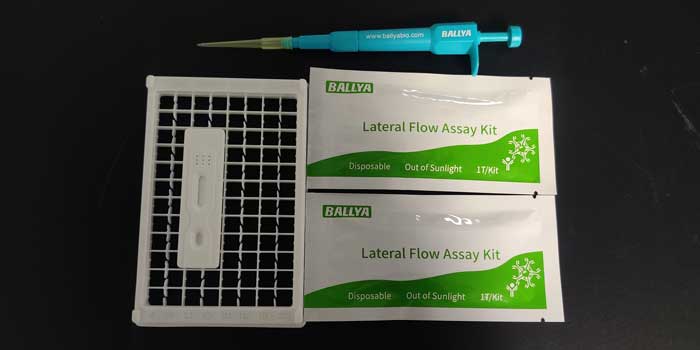 What is BALLYA Sulfanilamide Test?

How Sulfanilamide uses for?

Sulfonamides drugs are synthetic antibacterials that have been used in the clinic for nearly 50 years. They have the advantages of a broad antibacterial spectrum, stable properties, easy use, and no food consumption during production.

1. Allergic reaction. The most common are skin rash and fever. It usually occurs 5-9 days after taking the drug, and it is more common in children.
2. Kidney damage. Due to the low solubility of acesulfame, especially when the urine is acidic, the crystals are easy to precipitate in the renal tubules, causing symptoms such as hematuria, dysuria and urination.
3. The influence of the hematopoietic system. Sulfonamide drugs can inhibit the formation of bone marrow white blood cells, causing leukopenia.
4. Central nervous system and gastrointestinal reactions. Mainly because there is enough sulfa.

Allergies to sulfa drugs are common. The adverse reaction rate of sulfa antibiotics is about 3%, which is close to penicillin.
The most common are skin rash and fever. It usually occurs 5-9 days after taking the drug, and it is more common in children. There are cross allergies between sulfa drugs, so when a patient is allergic to one sulfa drug, it is unsafe to switch to another sulfa drug. Once an allergic reaction occurs, the medication should be stopped immediately. Long-acting sulfa drugs are very dangerous because they have a high binding rate to plasma proteins, and there are drugs in the blood a few days after stopping the drug.

Diethylene glycol is used instead of alcohol as a solvent to prepare an oral liquid preparation with color, fragrance and taste, called Sulfanilamide elixir.

In 1937, HaroldWotkins, the chief pharmacist of an American company, used diethylene glycol instead of alcohol as a solvent to make it easy to take for children, and prepared an oral liquid preparation with full color, fragrance, and taste, called sulfonamide elixir. Animal experiments, after being put into production at Masson Gill Pharmaceuticals in Tennessee, all entered the market for the treatment of infectious diseases. At that time, US law allowed new drugs to enter the market without clinical trials. From September to October of this year, some places in the southern United States began to find a large increase in patients with renal failure, and a total of 358 patients were found, and 107 died (most of them children), becoming the most influential medicine of the last century One of the harmful events. In 1937, the "sulfonamide elixir incident" prompted the US Congress to pass the Food, Drugs, and Cosmetic Act (Food, Drugs, and Cosmetic Act, FDCA, 1938), which had a major impact on Western pharmacy.

What specimen can be detected by BALLYA Sulfanilamide Test?

To protect human have health food and avoid contaminated food. The sulfanilamide is harmful for human being, can not take too much in body. 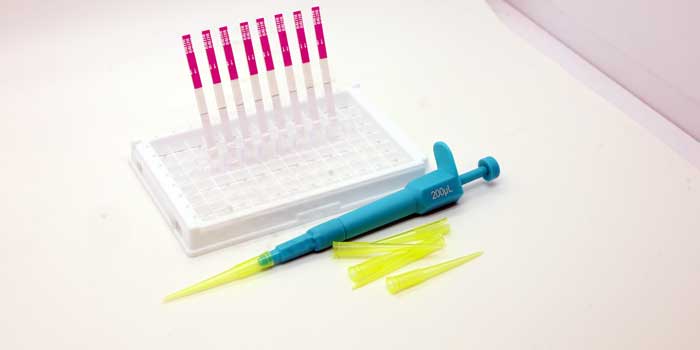 How to use BALLYA Sulfanilamide Test?

1. Take chicken liver, chicken meat, lamb, pork or bee products specimen
2. Add the supernatant to cassette
3. Wait for 15 minutes to result
4. The details of operation, refer to the kit instruction

BALLYA Sulfanilamide Test is a qualitative test kit. It’s only for screening purpose. If have positive cases or suspected case, maybe use other detection method to make a further detection, such as, ELISA, PCR, qPCR, etc.

As a veterinary drug, this product is absorbed orally quickly but not completely. It is widely distributed in animals and can enter tissues and body fluids well. Mainly excreted from urine in the form of original drugs. But it is inevitable that there will be residual drugs left in the body. This is likely to cause Sulfanilamide residues in chicken, cow and sheep. It is necessary to detect Sulfanilamide in chicken meat, pork and lamb.
BALLYA Sulfanilamide Test provided by BALLYA can effectively and quickly detect whether chicken meat, pork and lamb contain Sulfanilamide residues. Not only is the operation simple and the detection time is short.

Where to buy BALLYA Sulfanilamide Test?