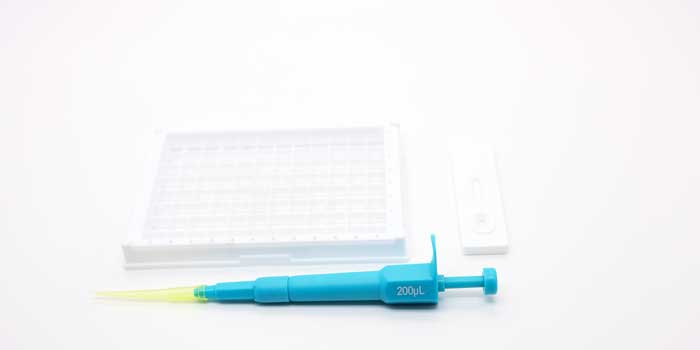 What is BALLYA Salinomycin Test?

Salinomycin is a monocarboxylic acid polyether animal-specific antibiotic. It has a strong inhibitory and killing effect on most Gram-positive bacteria and various coccidia. It is not easy to develop drug resistance and cross-resistance, and it is excreted quickly. The residue is extremely low. It can prevent diarrhea, promote growth and increase the survival rate when used in pigs. It is mainly used to prevent coccidia in poultry.

The main role of salinomycin

It belongs to a new generation of ionic growth promoter. Its main function is to effectively control the morbidity and mortality of diarrhea by interfering with the growth of harmful microorganisms, improve the digestion and absorption of nutrients, ensure and promote the healthy growth of livestock and poultry, and improve feed conversion rate, improve economic efficiency.

The production process of salinomycin is relatively simple, and the technology is easy to master. The raw materials used are all common agricultural and sideline products and simple inorganic raw materials, which are non-toxic and harmless; therefore, the development of salinomycin is beneficial to the national economy and people's livelihood and is an irreplaceable veterinary drug in the veterinary medicine industry.

Salinomycin is a monocarboxylic acid polyether antibiotic. It has been mainly used to prevent coccidiosis in poultry and improve the feed absorption rate of ruminants since the 1970s. In 2009, American researchers found that salinomycin was 100 times more effective in killing breast cancer stem cells in mice than ordinary anticancer drugs. Salinomycin not only kills breast cancer stem cells in mice, but also inhibits them from producing new tumor cells and slows the growth of existing tumors. Some researchers have found that salinomycin can inhibit the growth of a variety of tumors, but its role and mechanism in liver and pancreatic tumors are still unclear.

1. The light person is depressed, disheveled feathers, weak feet, unstable walking, lying down with reduced appetite, increased appetite for drinking, and loose stools.
2. In severe cases, the desire to eat or drink is abolished, and neurological symptoms such as twisted necks, drooping wings, or legs stretched back, falling on the ground, or excitement, jerking, and jumping.
3. Intestinal congestion and hemorrhage, especially the duodenum; hemorrhage spots in the liver and heart; and some kidneys are full of urate.

Salinomycin use as a veterinary medicine

Salinomycin is an anticoccidial agent approved by the US FDA and is widely recognized by countries all over the world. Used for chicken coccidiosis and promote the growth of livestock and poultry.

1) Banned during laying hens.
2) It must be mixed with feed when using.
3) It is highly toxic to adult turkeys and equine animals and is prohibited.
4) It is forbidden to use it with tiamulin and oleandrin at the same time, and use it with caution in hot season.
5) Withdrawal period of 5 days.
6) Dispose of the packaging materials according to the relevant regulations of the local government.

What specimen can be detected by BALLYA Salinomycin Test? 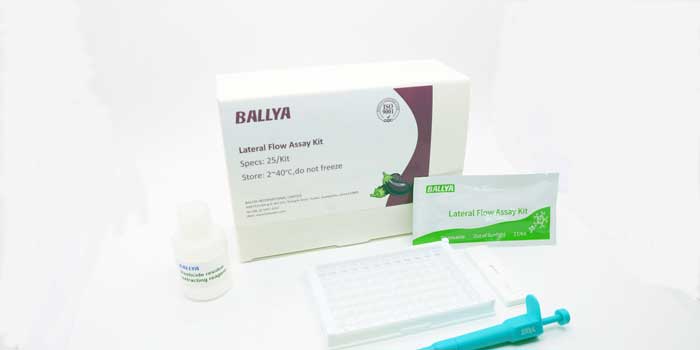 How to use BALLYA Salinomycin Test?

BALLYA Salinomycin Test is a qualitative test kit. It’s only for screening purpose. If have positive cases or suspected case, maybe use other detection method to make a further detection, such as, ELISA, PCR, qPCR, etc.

As a pharmaceutical feed additive, salinomycin can significantly promote weight gain and increase feed conversion rate, and is widely used in the field of livestock and poultry breeding. However, many people do not pay attention to the dosage and usage of salinomycin, which leads to the residue of salinomycin in food. Salinomycin is harmful to the human body and should be avoided as much as possible.
The BALLYA Salinomycin Test provided by BALLYA can effectively detect the salinomycin in the samples. Simple operation, short detection time and high accuracy are the characteristics of this product.