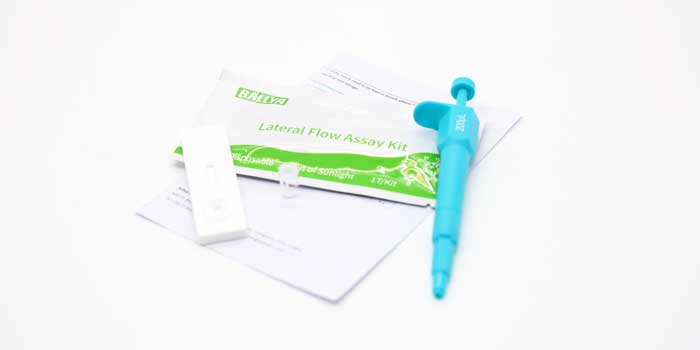 What is BALLYA Natamycin Test?

Natamycin is a polyene macrolide antifungal agent. It has strong antifungal properties. It can specifically inhibit yeast and mold, effectively inhibit the growth of yeast and mold, and prevent filamentous fungi. The formation of aflatoxin, and the toxicity of natamycin to mammalian cells is very low, so it is widely used in food preservation, and it is a good biological preservative. At the same time, natamycin can also be used to treat fungi caused disease.

Natamycin relies on its lactone ring structure to interact with the sterol compound on the fungal cell membrane to form an antibiotic-sterol compound, thereby destroying the fungal cell plasma membrane structure. The hydrophilic part (polyol part) of the macrolide forms water pores in the membrane, which damages the permeability of the cell membrane, which in turn causes the leakage of amino acids, electrolytes and other substances in the bacteria, and the death of the bacteria. When there are no sterol compounds on the cell membrane of some microorganisms, natamycin has no effect on them. Therefore, natamycin only inhibits fungi and does not have antibacterial activity against bacteria and viruses.

How Natamycin uses for?

Natamycin is a natural, broad-spectrum, efficient and safe inhibitor of filamentous fungi such as yeasts and molds. It can not only inhibit fungi, but also prevent the production of mycotoxins. Natamycin is harmless to the human body, it is difficult to be absorbed by the human digestive tract, and it is difficult for microorganisms to develop resistance to it. At the same time, because of its low solubility, it is usually used as a food surface antiseptic or biological preservative.

Natamycin is used to treat fungal infections, including Candida, Aspergillus, Fusarium, etc. It is also used as eye drops or oral medicine. In these applications, the human body absorbs less natamycin. When taken orally, it is basically not absorbed from the gastrointestinal tract, so it is not suitable as a systemic infectious drug. Natamycin is also used in eye drops. Its 5% natamycin content is suitable for the treatment of fungal blepharitis, conjunctivitis and keratitis caused by microorganisms, including Fusarium solani keratitis.

What are the advantages of Natamycin?

As a kind of microbial preservative, Natamycin has attracted people's attention because of its safety, natural and healthy characteristics.

Natamycin has many advantages:
1. Extend the shelf life of food and prevent deterioration caused by yeast and mold;
2. Reduce food recycling caused by deterioration and reduce production costs;
3. Meet consumers' requirements for natural foods;
4. Does not change the flavor of the food;
5. Low dose and high efficiency;
6. Long antibacterial effect.

As a natural, high-efficiency, low-toxic, and practical antifungal agent, Natamycin has been widely used in food, beverages, fruits, and meat products. As Natamycin mainly inhibits molds and yeasts, it is ineffective against bacteria During the storage of various feeds, the bacterial hazard is also very serious, which has a great impact on the quality of the product. Therefore, the experiment plans to use two low-cost, high-efficiency, low-toxicity preservatives and natamycin to prepare a compound formula, which is effective for fish. The anti-corrosion, anti-mildew and anti-bacterial experiment with feed. The experimental results show that the compound formula used has a good effect, and the use of 10 mg/kg compound preparation can inhibit the growth of various bacteria and molds in fish feed.

What specimen can be detected by BALLYA Natamycin Test? 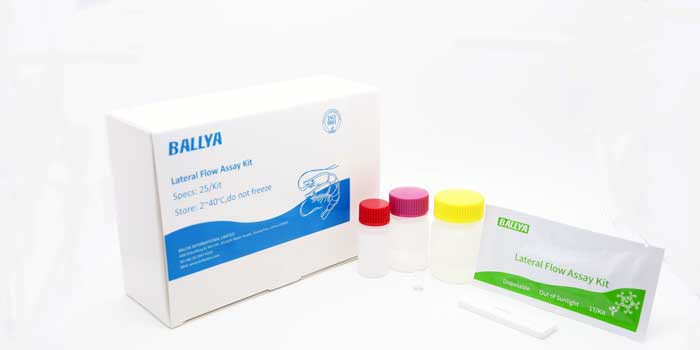 How to use BALLYA Natamycin Test?

BALLYA Natamycin Test is a qualitative test kit. It’s only for screening purpose. If have positive cases or suspected case, maybe use other detection method to make a further detection, such as, ELISA, PCR, qPCR, etc.

As a pharmaceutical feed additive, natamycin can significantly promote weight gain and increase feed conversion rate, and is widely used in the field of livestock and poultry breeding. However, many people do not pay attention to the dosage and usage of natamycin, which leads to the residue of natamycin in food. Natamycin is harmful to the human body and should be avoided as much as possible.
The BALLYA Natamycin Test provided by BALLYA can effectively detect the natamycin in the samples. Simple operation, short detection time and high accuracy are the characteristics of this product.

Where to buy BALLYA Natamycin Test?