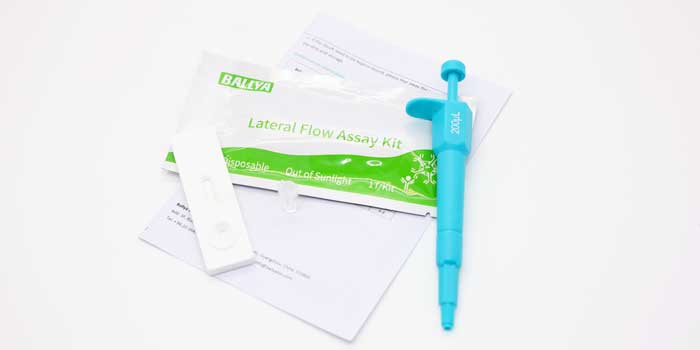 What is BALLYA Hygromycin B Test?

BALLYA Hygromycin B Test is manufactured by BALLYA, it’s rapid test for detection hygromycin B residues in feed product and food, especially in feed. Lateral flow assay test base on the gold immunochromatography assay technology.
Get A Free Quote!

What is Hygromycin B?

Hygromycin B is a highly safe anthelmintic, an aminoglycoside antibiotic produced by Streptomyces hygroscopious. It is a yellowish-brown amorphous powder with a special smell and a melting point of 160-180 °C. It is a weak base, easily soluble in water, methanol, ethanol, and easily forms salts with many organic and inorganic acids.

Biological Application of Hygromycin B

What's Hygromycin B side effect?

(1) Although the toxicity of this product is low, long-term application can make pigs hearing and visual obstacles. Therefore, young sows for breeding cannot use this product. Sows and pigs cannot be used for more than 8 weeks.
(2) It is advisable that the concentration of the feed drug for poultry does not exceed 12 mg/kg.
(3) This product is mostly marketed in the form of premix, and the titer of hygromycin B should be used as the unit of measurement.
(4) Withdrawal period: 15 days for pigs and 3 days for poultry.

During medication, it is prohibited to use drugs with ototoxic effects, such as aminoglycosides, erythromycin and other antibacterial drugs.

Hygromycin B use as a veterinary medicine

Long-term feeding of hygromycin B can effectively control the infection of Ascaris suis, esophageal nematode and Trichinella spiralis. This is because this product is not only effective for adults and larvae, but also inhibits female worms from laying eggs, thereby causing loss of reproduction ability. Therefore. Hygromycin B is added to the complete feed for pregnant sows to protect piglets from roundworm infection during lactation. Hygromycin B is recommended for: 6 weeks before delivery and lactation sows; piglets less than 6 months old (most susceptible to roundworms).

Hygromycin B has a good control effect on Ascaris gallisepticum, Heterospermum gallisepticum and Capillaria avian.

What specimen can be detected by BALLYA Hygromycin B Test?

Significance of testing Hygromycin B

To protect the animal have health feed, food and avoid contaminated food. The hygromycin B is harmful for animal being, can not take too much in the body.

Component of BALLYA Hygromycin B Test? 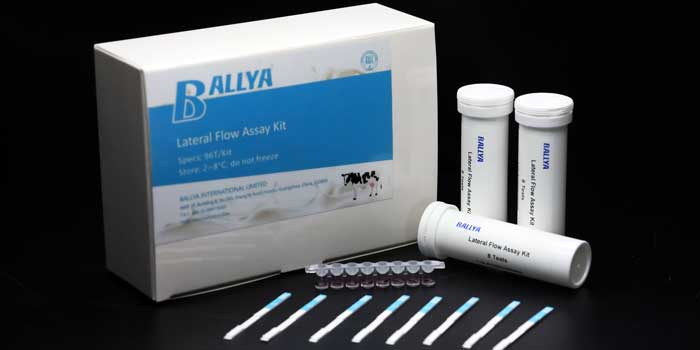 How to use BALLYA Hygromycin B Test?

Limitations of BALLYA Hygromycin B Test?

BALLYA Hygromycin B Test is a qualitative test kit. It’s only for screening purpose. If have positive cases or suspected case, maybe use other detection method to make a further detection, such as, ELISA, PCR, qPCR, etc.

As a pharmaceutical feed additive, hygromycin B can significantly promote weight gain and increase feed conversion rate, and is widely used in the field of livestock and poultry breeding. However, many people do not pay attention to the dosage and usage of hygromycin B, which leads to the residue of hygromycin B in food. Hygromycin B is harmful to the human body and should be avoided as much as possible.
The BALLYA Hygromycin B Test provided by BALLYA can effectively detect the hygromycin B in the samples. Simple operation, short detection time and high accuracy are the characteristics of this product.

Where to buy BALLYA Hygromycin B Test?