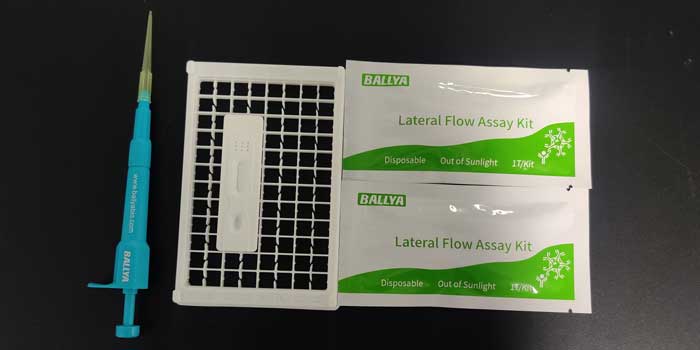 Dimetridazole (DMZ) is a derivative of metronidazole. It is a white or yellowish powder. It is gradually black when exposed to light and is odorless. Dissolved in ethanol, slightly soluble in ether or water. Dimetridazole is mainly used for avian vibrio hepatitis, trichomoniasis of turkey tissue, and trichomoniasis of avian.

The product is a kind of white or slightly yellow powder, which gradually turns black when exposed to light, and is odorless or almost odorless. Light yellow needle crystal or crystalline powder. Melting point 138-139 °C. Soluble in chloroform, ethanol, dilute alkali and dilute acid, insoluble in water and ether. Tasteless. Metronidazole hydrochloride is soluble in water, ethanol, and slightly soluble in acetone. Storage conditions: 2-8 °C. Stable, easy to react with strong oxidants.

Broad-spectrum anti-anaerobic bacteria and antiprotozoal drugs have a killing effect on trichomoniasis and a certain inhibitory effect on coccidia.

The most intuitive difference is that metronidazole is a human medicine, and dimenidazole is a veterinary medicine. Metronidazole has a broad-spectrum effect against anaerobic bacteria and antiprotozoa. It is mainly used to treat or prevent systemic or local infections caused by anaerobic bacteria, such as the abdominal cavity, digestive tract, and female reproductive system. There is also trichomonas vaginitis. Dimenidazole is also resistant to trichomoniasis and spirochetes. It is mainly used for trichomoniasis in turkey, trichomoniasis in pigeons and blood dysentery in piglets caused by Treponema pallidum.

Dimetridazole use as a veterinary medicine

Dimetridazole This product can also be used as a growth promoter to promote the production of pigs and chickens and improve feed conversion rate. Therefore, the drug is widely used in poultry production.

1. When this product is used as a feed additive, pre-mix this product with 10-20 times the amount of feed during feed processing, and then mix it evenly with the total amount of feed required.
2. When processing compound feed, granulation and other operations have no effect on the effect of this product.
3. The product can be mixed with feed or added to drinking water for livestock and poultry.
4. The product is rapidly absorbed in the intestine, distributed in various tissues, enters the intestine and liver circulation through the biliary tract.
5. In the poultry body, it is excreted after oxidation, reduction and metabolism. Most of the residues in the carcass were destroyed after 48h or after cooking.

1. Poultry, especially waterfowl, is very sensitive to dimenidazole. Larger doses will cause imbalances, which should not be used for more than 10 days.
2. Laying hens are banned; broilers in the drug withdrawal period are 3 days.

(1) Dimenidazole has a bitter taste and will affect palatability after oral administration, resulting in a reduction in feed intake. Especially in the treatment of diseases, the intake of drugs leads to insufficient drug intake, which affects the clinical efficacy;
(2) Metronidazole is highly irritating to the respiratory mucosa of poultry, with obvious side effects;
(3) The original powder of Dimenidazole is easily affected by various acids, bases and enzymes during the absorption process in poultry, resulting in a reduction in the efficacy of the drug;
(4) Dimenidazole currently used does not have slow-release properties, resulting in low bioavailability. The existence of the above-mentioned problems not only restricts the full exertion of the drug efficacy of dimenidazole, but also affects the production performance, growth rate and economic benefits of poultry. Dimennidazole (DMZ) is a nitroimidazole drug with antiprotozoal and antibacterial activity, and has a strong anti-anaerobic effect. It is used to treat trichomoniasis of chicken tissues, Treponema pallidum dysentery, intestine and whole body anaerobic infections. But it is carcinogenic, mutagenic and potentially toxic. The main metabolite of dimenidazole, hydroxydimenidazole (hv-dfoxydinetridazole, DMZOH), may also be mutagenic. Both the European Union and the United Kingdom list dimenidazole as a banned veterinary drug. China sets the MRL of dimenidazole as 0.

To protect human have health food and avoid contaminated food. The dmetridazole is harmful for human being, can not take too much in body. 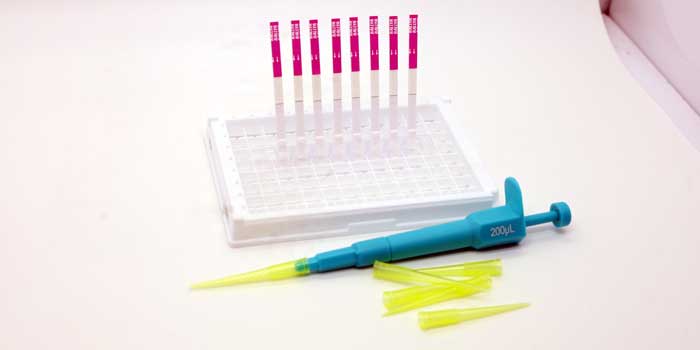 1. Take chicken liver specimen, pork specimen and extrat supernatant or bee product specimen
2. Add the supernatant to cassette
3. Wait for 15 minutes to result
4. The details of operation, refer to the kit instruction

BALLYA Dimetridazole Test is a qualitative test kit. It’s only for screening purpose. If have positive cases or suspected case, maybe use other detection method to make a further detection, such as, ELISA, PCR, qPCR, etc.