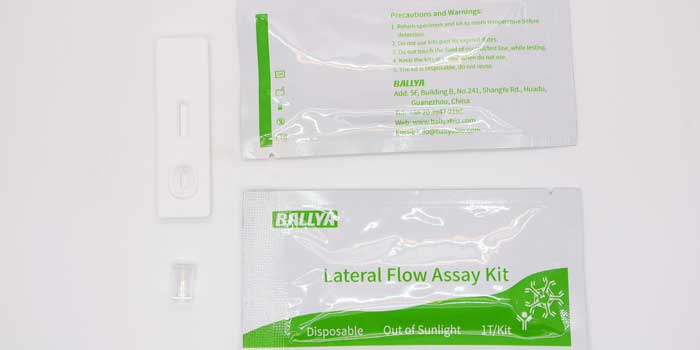 Maduramycin is a relatively new type of polyether monovalent monoglycoside ionophore antibiotic. Maduramycin has a broad anticoccidial spectrum and has anticoccidial activity against sporozoites and first generation schizonts. Maduramycin can effectively control 6 common chicken coccidioses, and also has a good preventive effect on duck coccidiosis.

Mechanism of action of maduramycin

Maduramycin has strong anti-coccidial activity. It is different from other polyether ionophore antibiotics in that it is a monovalent monoglycoside ionophore antibiotic. It is precisely because of the presence of these monovalent monoglycoside groups that It has higher anti-coccidial activity than his same antibiotic drug. His molecule contains a polybasic organic acid and multiple cyclic ether structures and most of them are four-membered or five-membered rings. In the solution, hydrogen bonds are used between these rings to form a special ring space structure: the outside of the molecule is composed of hydrocarbons. Combined, it has a neutral or hydrophobic effect; the molecular center is negatively charged by the juxtaposition of oxygen atoms, which can capture cations. The maduramycin molecule selectively binds positive metal ions such as K+, Na+, Ca+ and Mg+ through these special structures, and forms fat-soluble complexes; these complexes carrying metal ions enter the cell through the cell membrane Internally, it interferes with the normal transport of K+ and Na+ inside and outside the cell membrane, and the osmotic pressure inside and outside the cell membrane is out of balance; thereby causing toxic and side effects on the body; MD can also cause cardiovascular expansion in animals, poisoning the animal, and possibly interacting with the outside of the animal body. Neural function abnormalities are related.

The microbial detection method is a classic method for the determination of antibiotic residues. The principle of the detection is: antibiotics inhibit the growth of antibiotic-sensitive experimental bacteria, and the antibiotic concentration produced under appropriate conditions is designed in a positive relationship with the size of the inhibition zone. .

Ultraviolet spectrophotometry has the advantages of simple and quick detection of animal food and other samples, and the cost of one-time detection is relatively low; but its detection accuracy is poor, and the sample processing during detection is also time-consuming. This method is suitable for the determination when the sample of animal-derived food contains a high concentration of the substance to be tested.

Enzyme-Linked Immunosorbent Assay (ELISA) is the fastest developing immunological detection method in recent years. It is a detection technique established by the specific reaction of antigen and antibody in vitro. Due to its high specificity, High sensitivity, fast and convenient, no need for expensive equipment, and low requirements for sample purity. It is especially suitable for rapid and accurate detection of large batches and large batches containing samples to be tested. The ELISA detection method is suitable for detection and quarantine at all gates. It has extremely high practical value and application prospects.

1 Compatibility taboo: Eliomycin, Tiamulin;
2 The withdrawal period is 5-7 days, and laying hens are forbidden;
3 The coccidiosis-free dosage exceeding 6 g/t will significantly inhibit growth, and it will not help improve feed returns;
4 Storage conditions: sealed and protected from light, stored in a ventilated, cool, dry, free of pollutants, no toxic and harmful substances;
5 Storage time: under the specified storage conditions, the original packaging can be stored for two years

Maduramicin use as a veterinary medicine

Maduramycin is a new type of anticoccidial drug. It is also a polyether anticoccidial drug with the strongest anticoccidial effect and the smallest dosage. It is effective against most gram-positive bacteria and can interfere with the life history of coccidia. Early stage. Maduramycin can not only inhibit the growth of coccidia, but also kill coccidia, and can be used to control chicken coccidiosis.
Mainly used for broiler coccidiosis. According to the test, it has a good inhibitory effect on chicken giant, poisonous, tender, pile type and Eimeria brucei. At a concentration of 5 mg per kilogram of feed, its anti-coccidial effect is excellent Anticoccidial drugs such as monensin, salinomycin, methyl salinomycin, nicarbazine and clopyridine. The peak period of anticoccidial activity is in the first generation of sporozoites and schizonts (i.e. the first to second days of infection). Specially used for broiler coccidiosis, and has the effect of promoting growth and improving feed utilization.

When maduramycin is used to prevent broiler coccidiosis, the specified mixed feeding concentration is 5 mg per kilogram of feed (range 4-6 mg). When the dosage is increased to 9 mg, it will affect the weight gain, and when it reaches 15 mg Poisoning and even death may occur. The current drugs for the treatment of chicken coccidiosis such as monensin and maduramycin can be used to treat swine coccidiosis.

To protect the animal have health feed, food and avoid contaminated food. The maduramicin is harmful for animal being, can not take too much in the body. 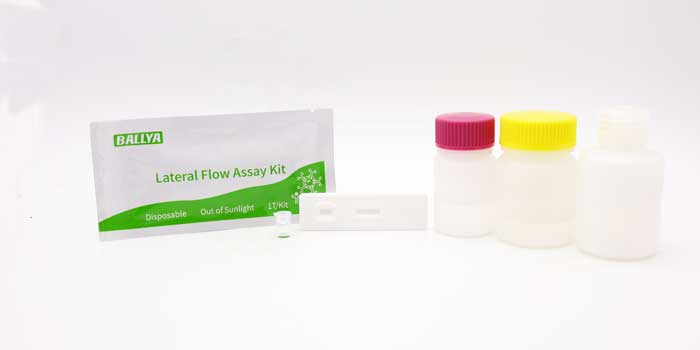 BALLYA Maduramicin Test is a qualitative test kit. It’s only for screening purpose. If have positive cases or suspected case, maybe use other detection method to make a further detection, such as, ELISA, PCR, qPCR, etc.

As a pharmaceutical feed additive, maduramicin can significantly promote weight gain and increase feed conversion rate, and is widely used in the field of livestock and poultry breeding. However, many people do not pay attention to the dosage and usage of maduramicin, which leads to the residue of maduramicin in food. Maduramicin is harmful to the human body and should be avoided as much as possible.
The BALLYA Maduramicin Test provided by BALLYA can effectively detect the maduramicin in the samples. Simple operation, short detection time and high accuracy are the characteristics of this product.