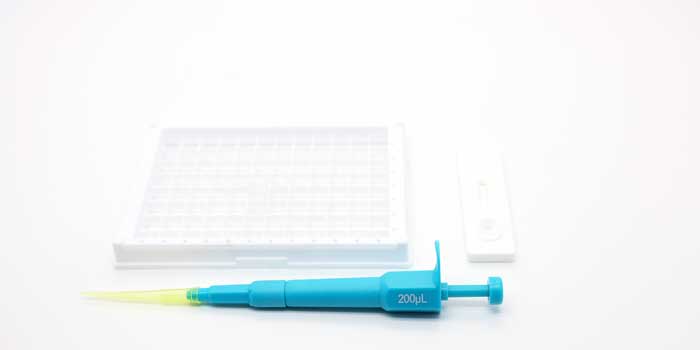 What is BALLYA Spiramycin Test?

Spiramycin is white or slightly yellow powder, slightly odorous; slightly hygroscopic; this product is soluble in methanol, ethanol, acetone or ether, almost insoluble in water, and insoluble in petroleum ether. It is a macrolide antibiotic obtained from the culture medium of Streptomyces ambofaciens.
Spiramycin is a strong bacteriostatic agent, and it has a bactericidal effect only at very high concentrations.

How Spiramycin uses for?

1. Gastrointestinal reactions are milder than erythromycin, mainly including nausea, vomiting, dry mouth and loss of appetite. It usually occurs when high-dose medication is used, and the symptoms disappear after stopping the medication.
2. Occasionally allergic reactions such as skin rashes and drug rashes.
3. Occasionally symptoms of dizziness, headache, drowsiness and fatigue.

1. Used with metronidazole, it has a synergistic antibacterial effect on Bacteroides fragilis in vitro tests.
2. When used with trimethoprim, it has a synergistic antibacterial effect on Haemophilus influenza bacilli.
3. Combined use with cytochrome P450 metabolites can increase the concentration of carbamazepine, terfenadine, cyclohexylbarbital and phenytoin in serum.
4. When combined with levodopa/carbidopa/carbidopa, the area under the time concentration curve (AUC) of levodopa can be reduced.

Spiramycin use as a veterinary medicine

Spiramycin is mostly used to treat pneumonia, chronic respiratory diseases, various enteritis (such as vibrio or streptococcal enteritis) and other respiratory infections in poultry clinics, and can be used to relieve stress and increase growth rate.

It is generally formulated with drinking water containing spiramycin 400 mg/liter. It should be used for 3 days in a row for young chickens and adult chickens, and repeated once after 1 week if necessary; for broilers, drink water for 3 days immediately after they are out of shell, and then administer at 30 days of age. 1 day; for chickens threatened by infection, half of the above-mentioned therapeutic dose can be used for prevention; for general broiler chickens, the preventive dose can be used to drink water continuously for 3 days, 3 to 4 weeks old and 8 to 9 weeks old. Drink water for 1 day at age.

What specimen can be detected by BALLYA Spiramycin Test?

To protect the animal have health feed, food and avoid contaminated food. The spiramycin is harmful for animal being, can not take too much in the body. 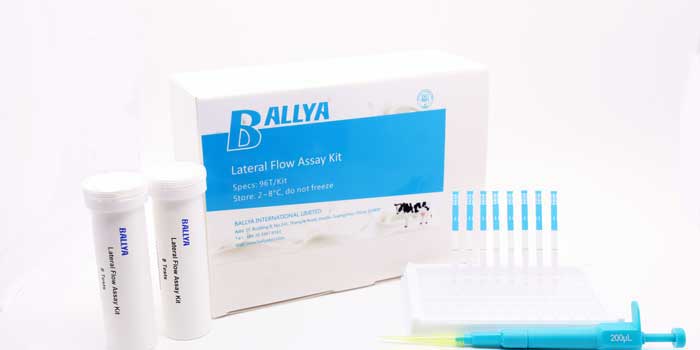 How to use BALLYA Spiramycin Test?

BALLYA Spiramycin Test is a qualitative test kit. It’s only for screening purpose. If have positive cases or suspected case, maybe use other detection method to make a further detection, such as, ELISA, PCR, qPCR, etc.

As a pharmaceutical feed additive, spiramycin can significantly promote weight gain and increase feed conversion rate, and is widely used in the field of livestock and poultry breeding. However, many people do not pay attention to the dosage and usage of spiramycin, which leads to the residue of spiramycin in food. Spiramycin is harmful to the human body and should be avoided as much as possible.
The BALLYA Spiramycin Test provided by BALLYA can effectively detect the spiramycin in the samples. Simple operation, short detection time and high accuracy are the characteristics of this product.

Where to buy BALLYA Spiramycin Test?