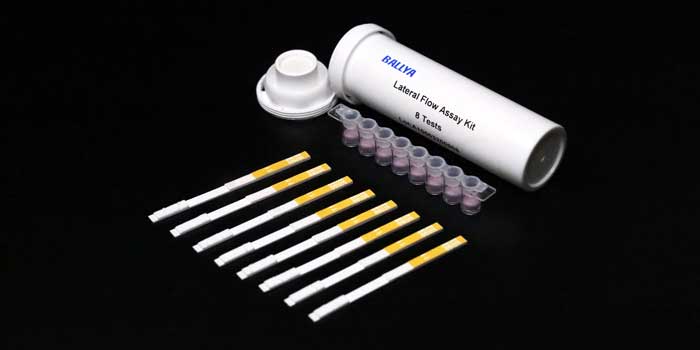 What is BALLYA Mercury Test?

BALLYA Mercury Test is manufactured by BALLYA, it’s rapid test for detection the content of mercury in feed, grains, food and medicine, especially in feed and food. Lateral flow assay test base on the gold immunochromatography assay technology.
Get A Free Quote!

Mercury is a chemical element, the element symbol Hg, the 80th position of the periodic table. It is the only metal that exists as a liquid under normal temperature and pressure.

The nature of mercury

Mercury is a silvery white shiny heavy liquid, chemically stable, insoluble in acid and alkali. Mercury can evaporate at room temperature, and most of mercury vapor and mercury compounds are highly toxic (chronic). Mercury has a long history of use and has a wide range of uses.

Mercury is a naturally occurring element found in air, water and soil.
Mercury is a highly toxic and non-essential element, which is widely present in various environmental media and food chains (especially fish), and its traces are all over the world.

What is Mercury used for?

The most common application of mercury is the manufacture of industrial chemicals and its application in electronic or electrical products. Mercury is also used in thermometers, especially thermometers that measure high temperatures.

More and more gaseous mercury is still used in the manufacture of fluorescent lamps, and many other applications have been gradually eliminated due to health and safety issues, replaced by Galinstan alloys, which are less toxic but much more expensive.

In addition to the uses of mercury

Gold can be decomposed from its minerals, so it is often used in gold mines.
Instruments such as barometers and diffusion pumps.
Gaseous mercury is used in mercury vapor lamps.
Used to make liquid mirror telescopes.

Other uses: mercury switch, insecticide, process of producing chlorine and potassium hydroxide, preservative, used as electrode, battery and catalyst in some electrolysis equipment.

What is the harm of Mercury?

It should be noted that the ingestion of a small amount of liquid mercury generally does not cause serious poisoning reactions (there is data that it can form organic compounds in the organism), but mercury vapor and mercury salts (except for some extremely small solubility such as mercury sulfide) It is highly toxic and can cause brain and liver damage after oral, inhalation or contact.

Mercury can accumulate in organisms and is easily absorbed by the skin, respiratory and digestive tracts. Minamata disease is a type of mercury poisoning.

Mercury destroys the central nervous system and has adverse effects on the mouth, mucous membranes and teeth. Prolonged exposure to high mercury environment can cause brain damage and death. Despite the high boiling point of mercury, the saturated mercury vapor at room temperature has reached several times the poisoning dose.

Mercury has a corrosive effect on the digestive tract and damages the kidneys and capillaries.

Acute poisoning is mostly caused by accidental ingestion of mercury, with symptoms caused by gastrointestinal corrosion. After absorption, it will cause kidney damage, resulting in urinary obstruction and capillary damage, causing plasma loss, and even shock.
Early application of dimercaptopropanol and other symptomatic measures are mostly effective.

Chronic poisoning is generally seen in industrial poisoning, stomatitis and toxic encephalopathy occur, the latter manifested as depression, shrinking and other mental symptoms and muscle tremor.
Note: The above content is for reference only! If you have similar symptoms, seek medical attention immediately!

What specimen can be detected by BALLYA Mercury Test?

Specimen include: all kinds of feed, grains, food and medicine. Widely used in feed industry and food processing industry.
You can choose the right products according to your needs.

To protect the animal have health feed, food, seafood and medicine, avoid contaminated food. The excess mercury is harmful for animal being, can’t take too much in the body. 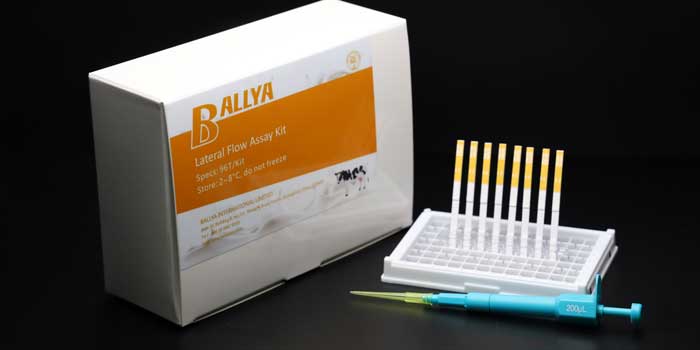 How to use BALLYA Mercury Test?

BALLYA Mercury Test is a qualitative test kit. It’s only for screening purpose. If have positive cases or suspected case, maybe use other detection method to make a further detection, such as, ELISA, PCR, qPCR, etc.

BALLYA Mercury Test is suitable for the detection of mercury residues in feed, grain, food and medicine. Simple operation, high accuracy and short detection time are the characteristics of this product.

Where to buy BALLYA Mercury Test?