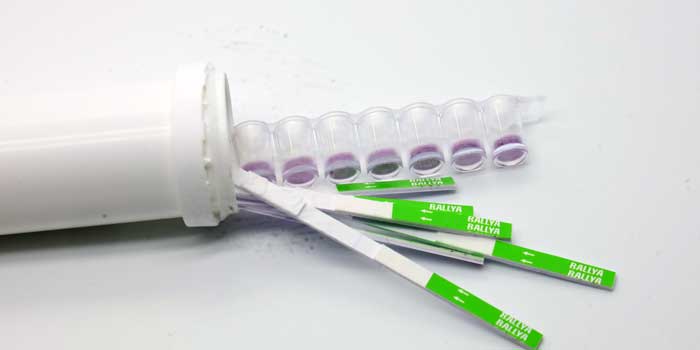 What is BALLYA Sterigmatocystin Test?

Structure and characteristics of Sterigmatocystin

It is widely distributed in the air, soil, corrupt plant bodies, stored grains and various industrial and agricultural products.
Aspergillus Sterigmatocystin is not only the main mildew during grain storage, but also a common fungus that causes mildew on various industrial equipment; in addition, it also produces a mycotoxin that can cause liver damage and cancer in animals: Sterigmatocystin

The growth of the colony is limited, the diameter is only 2～3 cm after 14 days of culture; the color change range is quite wide, such as velvety, flocculent or both. On the colonies of different strains, sometimes there will be light green, gray green and light yellow locally. Or pink and other colors, while the reverse side of the colony is almost colorless, yellow-orange or rose; some colonies will form colorless to purple-red droplets. The conidia heads are loose and radial, colorless or slightly yellow.

What are the hazards of Sterigmatocystin?

Sterigmatocystin can also cause angiosarcoma, dorsal tissue hemangioma and other tumors in rats. Regarding the carcinogenic mechanism of Sterigmatocystin, some scholars believe that it is related to the double bond at the end of its difuran ring. This double bond can form an adduct with the uracil of the DNA molecule, causing the DNA structure to change and copy errors. At present, my country has not stipulated the limit standard of sterigmatocystin in food.

The oral LD50 of sterigmatocystin in rats is calculated in mg/kg body weight, 166 for males, 120 for females, and over 800 for mice. The LDso of monkeys was 32 by intraperitoneal injection. It can be seen from the LDso value that primates (monkeys) are more sensitive to sterigmatocystin than rodents.
Sterigmatocystin toxin is carcinogenic and can also cause mutations in Bacillus subtilis and mouse cells.

How to control and prevent Sterigmatocystin?

What specimen can be detected by BALLYA Sterigmatocystin Test?

Specimen include: all kinds of feeds, grain, edible oil, medicine and Chinese herbal medicine. Widely used in feed industry and food processing industry.
You can choose the right products according to your needs.

To protect the animal have health feed, grain, edible oil, medicine and Chinese herbal medicine and avoid contaminated food. The sterigmatocystin is harmful for animal being, can not take too much in the body. 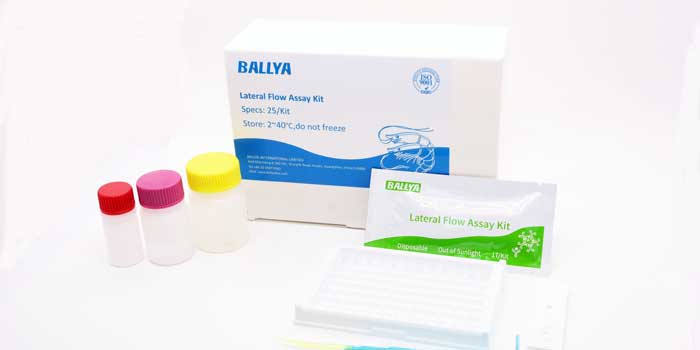 How to use BALLYA Sterigmatocystin Test?

BALLYA Sterigmatocystin Test is a qualitative test kit. It’s only for screening purpose. If have positive cases or suspected case, maybe use other detection method to make a further detection, such as, ELISA, PCR, qPCR, etc.

Sterigmatocystin is widespread in nature and poses a serious threat to people's daily food safety. Because of its structure is similar to aflatoxin, its toxicity and carcinogenicity are highly valued by countries all over the world.
The BALLYA Sterigmatocystin Test provided by BALLYA can effectively detect the sterigmatocystin in the samples. Simple operation, short detection time and high accuracy are the characteristics of this product.

Where to buy BALLYA Sterigmatocystin Test?