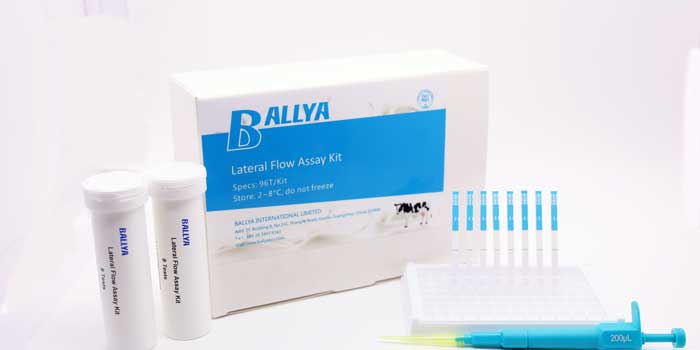 What is BALLYA Citrinin Test?

Citrinin is a mycotoxin derived from polyketides and can form lemon yellow crystals. Although several species of Penicillium are included in the genus, Aspergillus and Monascus are reported to produce this toxin.

Limonin is considered to be the main pathogen of yellow rice disease long described in Japan. The characteristic color of this product is due to the presence of Penicillium species that produce penicillin, mainly Penicillium, Penicillium atrium and Penicillium minor. In addition to rice, this toxin has also been reported in other grains, fruits, cheese and dried fruits.

There is currently no law regarding the presence of citrusin in food. The latest opinion issued by EFSA experts in March 2012 does not recommend monitoring the level of hesperidin because of insufficient data on the toxicity or occurrence of hesperidin in food and feed in Europe and other regions, and accurate risk assessment cannot be carried out.
On October 27, 2017, the list of carcinogens published by the International Agency for Research on Cancer of the World Health Organization was initially compiled for reference. Citrinin was included in the list of three carcinogens.

What are the hazards of Citrinin?

The main target organ of citrinin is the kidney, and its intake is related to weight loss caused by kidney degeneration. This nephrotoxin causes damage in the proximal tubules of the kidney and is considered a possible cause of pig kidney disease. There are few reports on the acute toxicity of citrinin.

The mechanism of cytotoxicity is related to changes in mitochondrial function, because it affects enzymes and redox chains. This fact induces oxidative stress mediated by citrin. In addition, toxins can interfere with the metabolism of cholesterol and triglycerides. Citrus has been reported as a mutagenic mycotoxin, although some authors have pointed out that it can cause chromosomal abnormalities in the bone marrow cells of mammals.

According to the study, according to its LC50 value, it is believed that the toxicity of citrinin is at the same level as that of aflatoxin B1 (LC50 is between 10-100μg/mL). The LD50 of citrinin injected subcutaneously and intraperitoneally in rats and mice is 67 mg/kg and 35 mg/kg, respectively, and its toxicity is moderate to severe toxicity. The target organ of citrinin is the kidney. For example, if citrinin is added to pig feed at the dosage of 200mgkg-1 per day, nephropathy will appear within 1 to 2 months. Although the toxicity of citrinin is not as good as that of aflatoxin B2, it is still used as a strict control indicator for food pollution abroad. The latest research results show that citrinin also has a toxic effect on genes.

How to control and prevent Citrinin?

What specimen can be detected by BALLYA Citrinin Test?

To protect animal have health feed, grain, edible oil, medicine and Chinese herbal medicine and avoid contaminated food. The citrinin is harmful for animal being, can not take too much in the body. 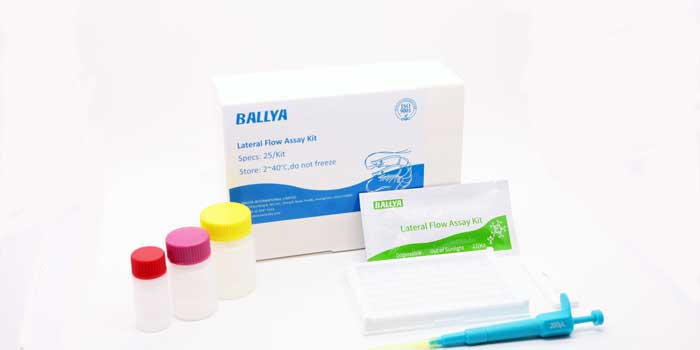 How to use BALLYA Citrinin Test?

BALLYA Citrinin Test is a qualitative test kit. It’s only for screening purpose. If have positive cases or suspected case, maybe use other detection method to make a further detection, such as, ELISA, PCR, qPCR, etc.

Initially, citrinin was characterized as an antibacterial antibiotic. In addition to inhibiting the growth of several bacteria (mainly Gram-positive, such as Bacillus subtilis and several micrococcal strains), protozoa, filamentous fungi and yeasts are also affected. It has caused a lot of trouble to people's daily life and biological research, so the detection of citrinin has become more and more important.
The BALLYA Citrinin Test provided by BALLYA can effectively detect the citrinin in the samples. Simple operation, short detection time and high accuracy are the characteristics of this product.

Where to buy BALLYA Citrinin Test?