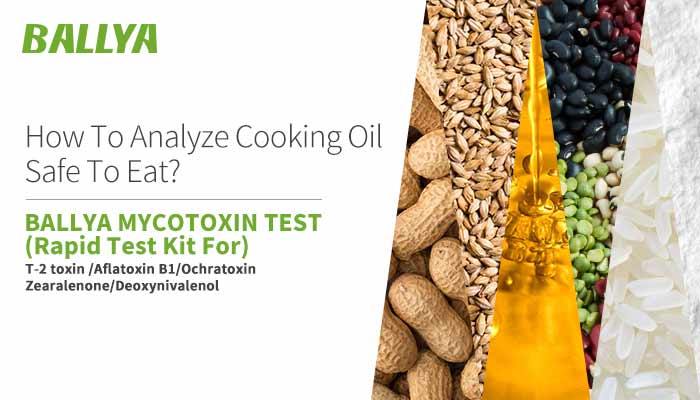 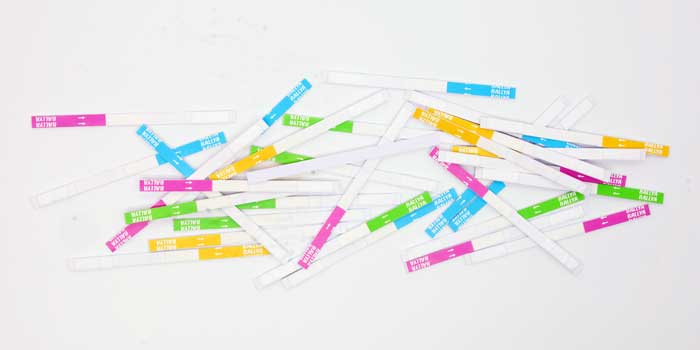 Some mycotoxins we test for：

Ochratoxin
Ochratoxin is another mycotoxin that has attracted worldwide attention after aflatoxin. It is a group of important food-contaminating mycotoxins produced by 7 species of Aspergillus of the genus Aspergillus and 6 species of Penicillium of the genus Penicillium. Four of them are the most toxic, the most widely distributed, the highest toxin production, and the most harmful to agricultural products. Ochratoxin A is the most polluted and most closely related to human health.

Zearalenone
Zearalenone has an estrogen-like effect, can cause acute and chronic poisoning of animals, cause abnormal reproductive function and even death of animals, and can cause huge economic losses to livestock farms. Zearalenone is a metabolite of Gibberella zea.
Zearalenone mainly pollutes corn, wheat, rice, barley, millet and oats.

T-2 toxin
The T-2 toxin is one of the trichothecenes (TS) compounds produced by a variety of fungi, mainly Fusarium triticina. It is widely distributed in nature and is a common toxin that pollutes field crops and stockpiled grains. It is a great harm to humans and livestock.

Aflatoxin B1
Among the four aflatoxins that cause cancer in humans and animals, aflatoxin B1 is the most toxic and is classified as a category 1 carcinogen by the World Health Organization. Although this mycotoxin mainly attacks the liver, it also affects the kidneys, lungs and other organs.

Aflatoxin M1
Aflatoxin M1 can be directly produced by some Aspergillus flavus and Aspergillus parasiticus, but compared with other toxins (such as B1, B2, G1, G2), the ratio is quite low.
On October 27, 2017, the list of carcinogens published by the International Agency for Research on Cancer of the World Health Organization was initially compiled for reference. Aflatoxin M1 was included in the list of 2B carcinogens.

Deoxynivalenol
The most common fusarium toxin, high temperature treatment can not destroy it at all. The main sources are corn, wheat, barley, and oats. It can also cause bleeding under the skin and muscles, reduce the reproduction rate and suppress the immunity of various animals.

Fumonisins
It mainly pollutes grain and its products, and has acute toxicity and potential carcinogenicity to certain livestock, which has become another research hotspot after aflatoxin.

Moldy food has changed its color, aroma, and taste. It is a spoiled food, and moldy food will produce some chemical reactions to generate new chemical substances. For example, toxic chemicals are harmful to the body.

Mold is a kind of fungus, which is characterized by more developed mycelium without larger fruit bodies.

The mycelium of mold has the differentiation of vegetative hyphae and aerial hyphae, while aerial hyphae have no capillary water, so their colonies must be different from those of bacteria or yeasts and are closer to actinomycetes.

Mold has a strong ability to reproduce, and there are many ways to reproduce. Although any fragment of mold mycelium can develop into new individuals under suitable conditions, in nature, molds mainly rely on the production of various asexual or sexual spores for reproduction. The spores are a bit like the seeds of plants, but they are very numerous and very small.

Which foods can be contaminated with mold?

Mold is widely distributed in nature, and because it can form various tiny spores, it is easy to contaminate food and can grow on almost all food. But certain types of food are more prone to mold than others: fresh foods with high water content are especially vulnerable.

Mold not only grows in the food at home. It can also grow during the food production process, including the entire growth, harvest, storage or processing process.

What to do if you find mold in your food?

Generally, if mold is found in soft food, it should be discarded.

Soft food has a high moisture content, so mold can easily grow below its surface and is difficult to detect. Bacteria can also grow with it.

It is easier to remove mold on hard foods (such as hard cheese). Just cut off the moldy part. Generally, hard or dense food is not easily penetrated by mold.

However, if the food is completely covered by mold, it should be discarded. In addition, if you find mold, please do not smell it, because it may cause respiratory diseases.

Penicillium is a genus of molds used to produce many types of cheese; the strains used to make these cheeses are safe to eat because they do not produce harmful mycotoxins; other safe molds are Aspergillus molds, including Aspergillus oryzae, used for Ferment soybeans to make soy sauce. They are also used to make vinegar and fermented beverages.

It is important to note that even if certain molds are added to a specific food during the production process, certain effects can be achieved, but the same mold can still destroy other products.

Mycotoxins mainly refer to the toxic metabolites produced by molds in the contaminated food. They can enter humans and animals through feed or food, causing acute or chronic toxicity to humans and animals, and damaging the liver and kidneys of the body, nerve tissue, hematopoietic tissue and skin tissue, etc.

Mycotoxins can be formed when crops are harvested in the field; under unsuitable storage conditions, mycotoxins can continue to form on crops after harvest. Higher humidity generally favors the growth of mold and mycotoxins in the feed. Temperature is another important factor. Crops under high temperature and arid environment are vulnerable to mold spores. Once conditions permit, mold spores can produce mycotoxins.

Aflatoxin is one of the most common, most toxic and most studied mycotoxins. It is a known carcinogen and can cause death if ingested in large amounts.

Aflatoxins and many other mycotoxins are very stable, so they can survive food processing. Therefore, it may be found in processed foods, such as peanut butter.

Mycotoxins may bepresent in several foods

As crops are contaminated, mycotoxins may be found in food.

After molds contaminate food and produce toxins, people who consume such foods may cause various damages to human health, which is called mycotoxin poisoning.

Different types of crops can be contaminated, including corn, oats, rice, nuts, spices, fruits and vegetables.

Among them, aflatoxin is the most common mycotoxin in daily life, and AF is often found in products such as soybeans, rice, corn, macaroni, condiments, milk, and edible oil.

The World Food and Agriculture Organization (FAO) estimates that 25% of food crops are affected by mycotoxins, mainly AFT. AFT can cause death of livestock, decreased growth rate, and reduced feed utilization. AFT can also reduce the yield of food crops and fiber crops. Because countries have formulated corresponding AFT permitting standards and regulations, it will have a certain impact on trade. For example, the European Union has repeatedly refused to import peanuts and their products on the grounds that AFT exceeds the standard.

The harm of mycotoxins

The main toxicity of mycotoxins to humans and livestock is manifested in neurological and endocrine disorders, immunosuppression, carcinogenesis and teratogenesis, liver and kidney damage, and reproductive disorders.

Approximately 25% of the grains in the world are contaminated by various molds every year, causing serious food waste.

How can you prevent food from growing mold? 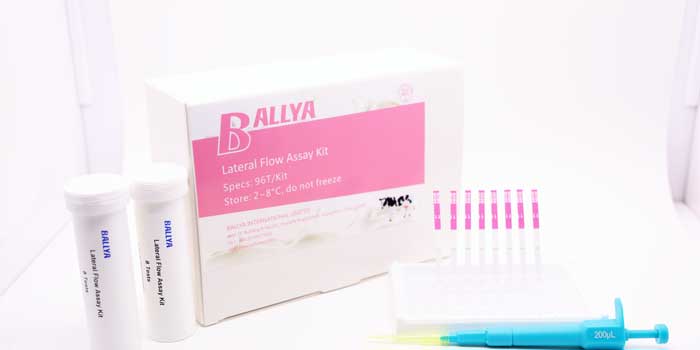 The contamination and waste of food quality by mycotoxins are key issues that the food safety industry has to face. Therefore, the importance of mycotoxin detection has been paid more and more attention by enterprises and individuals. Mycotoxin testing can achieve effective control of the quality of feed, grain, edible oil, medicine and Chinese herbal medicine, which is very important.

Mold is everywhere in nature. When it starts to grow on food, it causes it to rot.
Mold may produce harmful mycotoxins in all types of food, but the content of mycotoxins is strictly controlled. Small amounts of exposure may not cause any harm to healthy individuals.
In addition, mycotoxins are only formed when the mold matures. By then, you may have thrown away the food. In other words, you should avoid moldy food as much as possible.
BALLYA MycoSpeed Test provided by BALLYA can effectively detect a variety of different mycotoxins and prevent and control molds that cause greater harm.