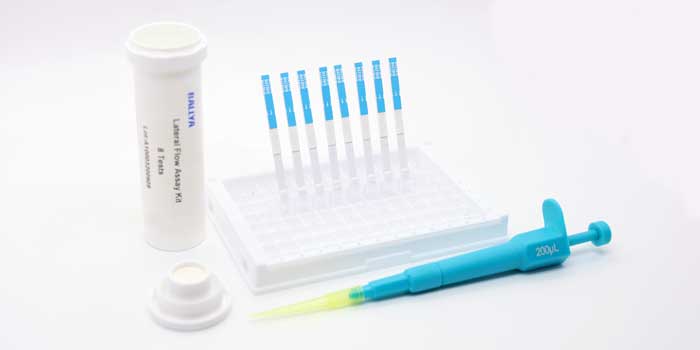 What is BALLYA Rosiglitazone Test?

BALLYA Rosiglitazone Test is manufactured by BALLYA, it’s rapid test for detection the content of rosiglitazone in grains, food and seafood, especially in grains and food. Lateral flow assay test base on the gold immunochromatography assay technology.
Get A Free Quote!

Rosiglitazone is an oral hypoglycemic agent and belongs to the class of thiazolidinediones. It can increase the sensitivity of target tissues to insulin and reduce blood sugar. It can also improve the blood lipid profile, increase the activity of the fibrinolytic system, improve the function of vascular endothelial cells, and make C-reactive protein decreased and other effects.

It can be used alone or in combination with other hypoglycemic drugs to treat type 2 diabetes, especially those with obesity and obvious insulin resistance.

The mechanism of action is related to the specific peroxisome proliferation factor activator γ receptor (PPARγ). By increasing the sensitivity of skeletal muscle, liver, and adipose tissue to insulin, and improving the utilization of glucose by cells, it has the effect of lowering blood sugar, which can significantly reduce fasting blood sugar, insulin and C-peptide levels, and also reduce postprandial blood sugar and insulin.

What is Rosiglitazone used for?

Thiazolidinedione insulin sensitizer. It is suitable for the treatment of non-insulin-dependent (type Ⅱ) diabetes.

2. Significantly reduce postprandial hyperglycemia, an 8W study of the effect of rosiglitazone monotherapy on patients with type 2 diabetes.

4. Combined use of rosiglitazone and sulfonylurea to determine that the combination of a drug that reduces insulin resistance and another drug that promotes insulin secretion is more effective than the two drugs alone.

5. Combination with insulin: Rosiglitazone is a potent insulin sensitizer, which can reduce the demand for endogenous insulin when blood sugar is controlled within the normal range.

What is the harm of Rosiglitazone?

When combined with other hypoglycemic drugs, there is a risk of hypoglycemia. Elderly patients may have mild to moderate edema and mild anemia.

Precautions for the use of rosiglitazone

(1) Patients with heart failure, cardiac insufficiency, and edema should be used with caution, such as medication should be closely monitored for symptoms and signs of heart failure.

(2) It can restore ovulation in premenopausal and anovulatory women with insulin resistance. With the improvement of insulin sensitivity, female patients may become pregnant.

(3) Elderly patients may have mild to moderate edema and mild anemia. Use with caution in elderly patients over 65.
On October 27, 2017, the list of carcinogens published by the International Agency for Research on Cancer of the World Health Organization was initially compiled for reference. Rosiglitazone was included in the list of three types of carcinogens.

Note: The above content is for reference only! Please use this additive under the guidance of an expert!

What specimen can be detected by BALLYA Rosiglitazone Test?

Specimen include: all kinds of grains, food and medicine. Widely used in feed industry and food processing industry.
You can choose the right products according to your needs.

To protect the animal have health grain, food, seafood and medicine, avoid contaminated food. The excess rosiglitazone is harmful for animal being, can’t take too much in the body. 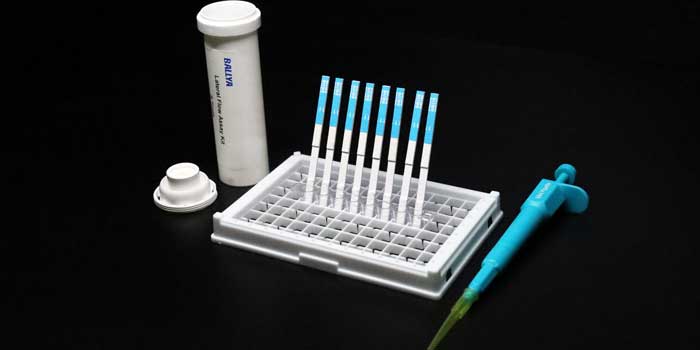 How to use BALLYA Rosiglitazone Test?

BALLYA Rosiglitazone Test is a qualitative test kit. It’s only for screening purpose. If have positive cases or suspected case, maybe use other detection method to make a further detection, such as, ELISA, PCR, qPCR, etc.

BALLYA Rosiglitazone Test is suitable for the detection of rosiglitazone residues in grain, food and seafood. Simple operation, high accuracy and short detection time are the characteristics of this product.

Where to buy BALLYA Rosiglitazone Test?