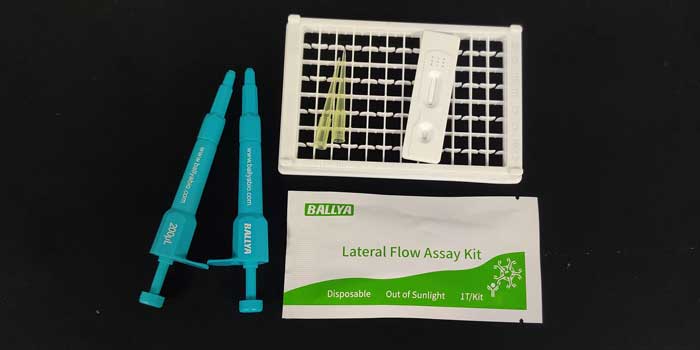 What is BALLYA Animal Healthcare Test?

What is a veterinary drug?

What are the types of veterinary drugs?

Veterinary drugs can be roughly classified into four categories:
① General disease control drugs;
②Infectious disease control drugs;
③In vivo and ectoparasitic disease control drugs;
④ (including growth-promoting drugs).
Except for the biochemical immune products (vaccines, serums, antitoxins and toxoids, etc.) for the prevention and treatment of infectious diseases, as well as special veterinary drugs such as special parasitic drugs for livestock and poultry and growth-promoting drugs, the rest are the same for human use, but the dosage is, Dosage forms and specifications are different. It has long been widely used in the prevention and treatment of livestock and poultry diseases.

Among veterinary medicines, there are more than 20 kinds of commonly used such as diazepam, amoxicillin, florfenicol, ceftiofur, oxytetracycline, chlortetracycline, bacitracin, salinomycin, monensin, colistin, etc… 60% of antibiotics are used for chemotherapy; 40% are used, not only to prevent infectious diseases, but also to promote the growth of livestock and poultry and improve the utilization rate of feed.

Among the anti-parasitic drugs, in addition to the anti-helminth drugs shared by humans and animals (mebendazole, levamisole, pyrantel, etc.), anti-schistosomiasis drugs (antimony agents, nitramine, praziquantel, etc.), and repellents (Niclosamide, etc.), there are anti-fasciola hepatica drugs (nitrochlorophen, triclofenazole), trypanosomiasis, and pyrozoa disease prevention drugs (antipyrine, suramin, mizocar General) and myiasis medicine (organophosphate insecticide). Found that a macrolide antibiotic, after a small dose of intramuscular injection, has a significant killing effect on parasites such as gastrointestinal nematodes, dermatophagous larvae, blood-sucking lice, especially scabies mites. Coccidiosis seriously threatens the safety of chickens and rabbits. There are more than 30 commonly used anticoccidial drugs, including synthetic drugs (such as chlorphenirin, changshanone) and antibiotics (such as monensin, salinomycin), which are often used interchangeably.

Veterinary drug preparations are commonly used injections-injections, but the specifications are several times larger than those for human use. Oral veterinary drugs are often used in powder or microcapsule formulations as feed additives and mixed into feed for free intake by livestock and poultry. Anabolic hormones can increase the benefit of livestock and poultry feeding, mainly made into implants for subcutaneous implantation. Transdermal preparations and medicated baits suitable for aquaculture are on the rise.

Adding a certain amount of drugs (such as antibiotics, etc.) to the feed has a positive effect on enhancing animal disease resistance and improving production performance. However, blindly adding or even abusing veterinary drugs will not only fail to achieve the effect of animal health, but also affect human health and
The ecological environment is extremely harmful. There are mainly the following aspects:
① "Three causes" effects and acute poisoning, such as adding Clenbuterol and other illegal drugs in livestock and poultry feeds, causing drugs in animal products.
The residual amount is seriously exceeding the standard. After people eat the meat that exceeds the standard, it will cause poisoning, and pregnant women will experience teratogenesis and stillbirth after eating.

③ Drug resistance. Compared with the therapeutic dosage, the amount of health antibiotics added to the feed is less, causing the pathogenic bacteria in the animal body to be exposed to low-concentration drugs for a long time.
This promotes the continuous increase of drug-resistant strains (that is, resistance to drugs). Once the disease develops, the effect of antibiotics is greatly reduced, causing losses. 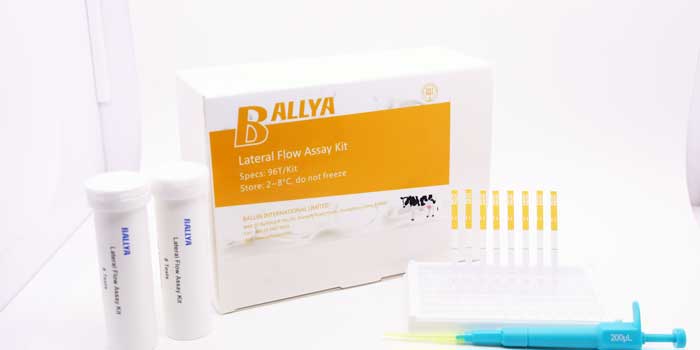 With the economic trends in recent years, the breeding industry has achieved significant development, and the traditional small retail form has gradually formed large-scale. However, large-scale breeding has its own limitations and may have a negative impact on the benefits of farmers. Animal diseases are one of the thorny issues. One. For animal diseases, epidemic prevention and disease detection are the most effective and critical actions. Generally speaking, it has the characteristics of short cycle, fast development, and infectiousness. The symptoms, existing data, and treatment plans of different diseases are different. Therefore, the early stage of immune detection is particularly important, which requires us to pay attention to animal disease monitoring in the current era.
The BALLYA Animal Healthcare Test disease detection kit provided by BALLYA has a diverse series, which can detect different diseases for different animals. The detection time is short, the accuracy is high, and the operation is convenient, allowing the user to complete all the operating procedures alone.

Animal diseases pose a huge threat to milk production, the growth of pigs, cattle, and sheep, and the health of household pets. Timely treatment and effective prevention of animal diseases is one of the important means to solve the problem.
BALLYA Animal Healthcare Test provides rapid detection kits for many common animal diseases. It can be processed before the animal becomes ill or suspected animal cases to minimize economic losses. Ballya will continue to research more rapid animal disease detection reagents.