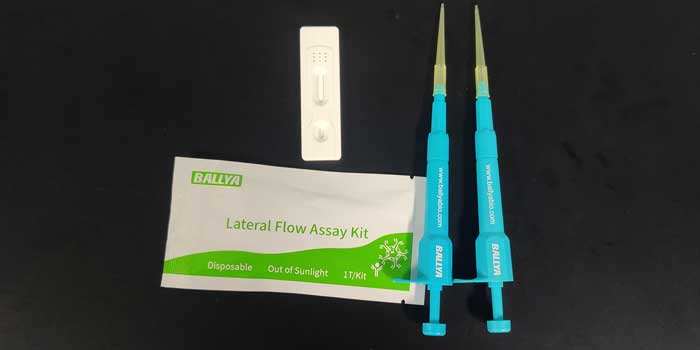 What is BALLYA Rabies Test?

BALLYA Rabies Test is manufactured by BALLYA, it’s rapid test for detection Rabies disease in ruminant and pets. Lateral flow assay test base on the gold immunochromatography assay technology.
Get A Free Quote!

Rabies is an acute infectious disease caused by rabies virus. Most clinical manifestations are specific typhoid wind, waterphobia, pharyngeal muscle spasm, and progressive paralysis. The typical symptom is water phobia, that is, when drinking water, even when the sound of water is heard, the patient will have swallowing muscle spasm and cannot swallow the water. Even if the patient is very thirsty, he will not dare to drink water, so it is also known as water phobia.

Rabies seems to originate in the Old World, the first epidemic in the New World, which occurred in Boston in 1768. Over the next few years, rabies spread from there to various other states and the French West Indies, and eventually became widespread throughout North America.

This disease needs to be differentiated clinically from tetanus, viral meningoencephalitis, polio, Guillain-Barre syndrome (GBS), and so on.

Tetanus is a non-infectious disease. The incubation period of patients is short, mostly 6 to 14 days. Common symptoms include tightly closed teeth, a bitter smile, and systemic muscle spasms lasting for a long time. And rabies muscle spasms are intermittent, mainly in the pharynx. Tetanus patients do not have high levels of excitement and fear of water, and active treatment can be cured.

Rabies is different from Guillain-Barre syndrome in that rabies patients are generally accompanied by high fever, percussive muscle edema (usually in the chest, deltoid muscle, and thighs) and urinary incontinence without compromising sensory function.

Viral meningitis often has conscious changes such as coma, meningeal irritation, cerebrospinal fluid changes, etc., and is curable, all of which help to distinguish from rabies,
A positive diagnosis can be made by immunological antigen, antibody detection, and virus isolation.

The period from the infection to the asymptomatic period before the onset is mostly 1 to 3 months, rarely within 1 week or more than 1 year. There is no sign of rabies incubation period, and there is no reliable diagnosis at this time.

What is rabies virus?

Rabies virus is a rhabdovirus. Its head is hemispherical and its ends are usually blunt. This shape is a typical bullet shape. It is about 130-240 nm long and 65 ~ 80 nm in diameter. Rhabdoviruses have helical symmetry, so their infection particles are approximately cylindrical. They are characterized by a wide variety of host species, from plants to insects and mammals. Viruses that infect humans usually have icosahedron symmetry and are approximately regular polyhedra. Rabies virus belongs to the Rhabdovirus genus Rhabdoviridae. Viral particles consist of a shell and a core. The shell is a tight and intact double-layered envelope of lipoproteins, which contains glycoproteins, and the inner part is mainly membrane proteins, namely matrix proteins. Inside the virus is the helical nucleocapsid, which consists of single-stranded RNA and proteins. The three proteins nucleoprotein, large transcriptase protein or RNA polymerase and phosphoprotein are collectively called ribonucleic acid proteins.

When rabies virus enters the human body, it first infects muscle cells, multiplies in muscle cells near the wound, and then invades nearby peripheral nerves. Then the virus spreads to the central nerve along the axon of the peripheral nerve, and does not spread blood. It mainly invades neurons in the brainstem and cerebellum. The virus replicates in a large amount in the gray matter, and descends along the nerves to the salivary glands, cornea, nasal mucosa, lungs, and skin. The main damage to the rabies virus to the host comes from the endosomes, that is, the eosinophilic particles formed by the abandoned protein shells in the cells. The endosomes are widely distributed in the central nervous cells of patients, which is also the laboratory diagnosis of this disease. An indicator.

How long rabies virus survive outside?

It has extremely poor viability outside the human body, is not resistant to high temperatures, has low resistance, and is difficult to survive without the human body. At room temperature, it can only survive for a few hours in the blood outside the body, usually about three hours at about 29 °C, sensitive to heat, Loss of activity after 30 minutes at ℃, and the virus loses infectivity as soon as it leaves the body.

Can rabies virus survive in water?

But in general, rabies virus can only survive in an anaerobic state. If there is no cover, it will die in a few minutes, its vitality is also very fragile, and it will die soon after being isolated. It can be killed in just two minutes in boiling water. Ordinary disinfectants such as iodine and red potion can also kill it.

Rabies virus glycoprotein G mediates the binding of virions to cell surface receptors and enters cells through endocytosis. The pH-mediated membrane fusion subsequently promotes the release of the RV genome into the cytoplasm. The polymerase complex composed of L, N, and P packaged by the infected virus particles uses the genomic negative strand RNA as a template to initiate transcription expression, replication, assembly, and budding to produce progeny viruses.

Which animals will suffer from rabies?

Rabies dogs can be roughly divided into prodromal, agitated, and paralyzed stages according to their symptoms, which is basically the same as the stage after a person has rabies. In the prodromal period, dogs with rabies can show relatively flustered performance. Both eyes look straight and the ears are erected. They are more sensitive to some stimuli, appear more flustered, and are more likely to bite. However, some dogs may appear silent without identifying their owners. During the excitement period, dogs with rabies will appear relatively mad, running around, it is easier to bite people, and there is a more violent desire to bite people when they see people. This is a typical period. Then came the paralysis period. During the paralysis period, all muscles of the dog will be affected successively, firstly the muscles of the throat are affected, so hoarseness will occur, and the muscles of the mouth will cause sagging of the jaw, and the tail if your muscles are affected, you will have a tail hanging or pinching your tail. After that, the muscles of the whole body are affected. The dog can fall ill, not be able to get up, not be able to walk on its own, and finally die because of the involvement of the respiratory muscles.

Condition analysis: Rabies symptoms in cats, in the early stage, it will hide in the dark and not approach people, and do not listen to the call of the master. If I reach out to pull him, he will bite. After 2 days, he will run around with violent temperament, drooling with his tail, and can take the initiative to attack people. At the later stage, he was paralyzed and did not eat. His tongue stuck out of his mouth and drooling was severe. Finally, death. If rabies develops, it can definitely be seen in 2 days.

Raccoon is one of the main carriers of rabies virus, and its harm is even greater than that of cats and dogs. American health care institutions advise people not to approach wild raccoons and to feed wild raccoons at will. As far as China is concerned, raccoons are alien species and carry many infectious diseases, which may be difficult to cure if they get sick. So it is recommended that everyone is okay not to raise raccoons casually.

The Centers for Disease Control and Prevention (CDC) 's Vital Signs report released on June 12, 2019, shows that approximately 70% of the population infected with rabies virus in the United States People die from bats, probably because people may not know the dangers of bats. Keeping away from wildlife, especially bats, is key to preventing human rabies. Except for Hawaii, bats in all U.S. states carry rabies virus, and the virus can spread throughout the year.

How to treat rabies?

Once rabies attacks, there is no effective treatment in clinic.
Rabies cannot be cured because no effective drugs have been developed to suppress rabies virus. Rabies is caused by rabies virus and is mainly an acute disease that mainly invades the central nervous system. It can be caused by zoonotic rabies. It is mainly manifested by water phobia, fear of wind and unease, paralysis of the whole body, and finally death due to difficulty breathing. Once you have rabies, the mortality rate is relatively high, and the mortality rate can be as high as 100%.
For a long time, the treatment of this disease has been based on prevention, namely rabies vaccine and immune serum.

Which animals can be detected by the BALLYA Rabies test?

The BALLYA Rabies Test can be applied to all kinds of pets. The characteristics of this product are short detection time, simple operation and low price.
The test objects of this product include brucellosis antigens and antibodies. You can choose according to your needs.

Detecting whether a pet has rabies is the most basic health guarantee for pets, and it is also the responsibility of pet owners. Only when pets can grow up healthily can they be better equipped with single owners.
The BALLYA Rabies Test can effectively detect whether a pet is suffering from rabies, allowing the owner and veterinarian to understand the specific situation of the pet in the first time and make corresponding treatments, which can reduce the damage to the pet by the disease in time. 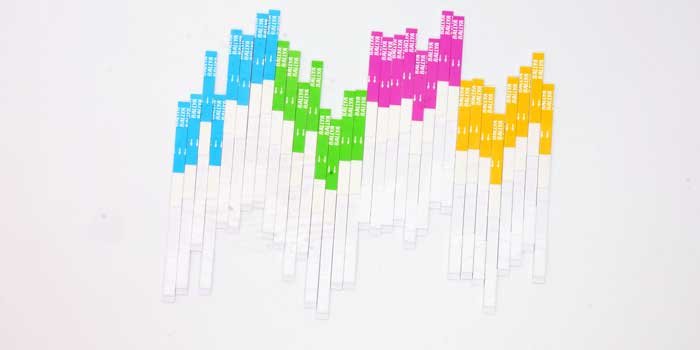 How to use BALLYA Rabies Test?

1. Pipetting 0.5-1 mL of blood, centrifuge for 3-5 minutes at 3000 r/m to separate the serum. Or standing the whole blood overnight at 4ºC to separate the serum. The whole blood (without anticoagulant) can also be tested immediately.
2. Open the package, take out the EP tube, use the micropipette, add 50ul serum into the bottom of the tube. Then, softly re-pipetting up and down more than 5 times to mix the serum with the reagent completely.
3. Wait for 10mins.
4. Add two drops of Buffer Solution into the EP tube. (Spuming should be avoiding) Pipetting the liquid and drop it into the sample well of the test card (keep flat).
5. Read the result within 10-15 minutes. The result after 15 minutes is invalid.

BALLYA Rabies Test is a qualitative test kit. It’s only for screening purpose. If have positive cases or suspected case, maybe use other detection method to make a further detection, such as, ELISA, PCR, qPCR, etc.

Rabies is a natural epidemic or zoonotic acute infectious disease caused by rabies virus. It is widespread and has a very high mortality rate, which poses a serious threat to the lives and health of people and pets.
BALLYA Rabies Test provided by BALLYA can effectively detect whether pets have rabies or carry rabies virus. This kit is not easy to operate, and the detection time is short, the accuracy is high, and the test results comply with EU standards.

Where to buy BALLYA Rabies Test?