What is tetracyclines test?

Single Test Kit, rapid to detect tetracyclines residues in egg and egg product by using colloidal gold immuno-chromatography technology. As soon as 7-10 minutes to results.
Get A Free Quote!

How do tetracyclines work?

There have been three generations of tetracycline antibiotics.

The first-generation products chlortetracycline, tetracycline and oxytetracycline are natural antibiotics, which are widely used because of their broad spectrum, ease of use, and economy. Later, it was found that the chemical structure of these antibiotics is not stable enough, and it is easy to produce drug resistance. Severe bacterial resistance has led to an urgent need to develop new tetracycline antibiotics.

Through extensive structural modification, the second generation semi-synthetic tetracycline antibiotics represented by doxycycline and minocycline were found. This type of antibiotics is more lipophilic and conducive to cell uptake, but in recent years its antibiotic-resistant strains have continued to appear, limiting its clinical application.

In 2005, the US Food and Drug Administration (FDA) approved the listing of tigecycline, which has a significant inhibitory effect on widely-resistant Staphylococcus aureus and vancomycin-resistant bacteria, and the glycyl ring represented by it The emergence of antibiotics marked the birth of the third generation of tetracycline.


Because the necessary pharmacophore of the third-generation tetracycline against drug-resistant bacteria is to have a variety of substituents on the D ring, such as glycyl, dimethylamino, and fluoro. It is very difficult to construct this kind of structure with the previous semi-synthetic method. It is necessary to develop a new and efficient total synthesis method to construct the D-ring multi-substituted tetracycline skeleton, which also marks the study of tetracycline from semi-synthesis into a new era of total synthesis.

Third, it will affect the growth of bones or teeth, so children should not use it as much as possible. 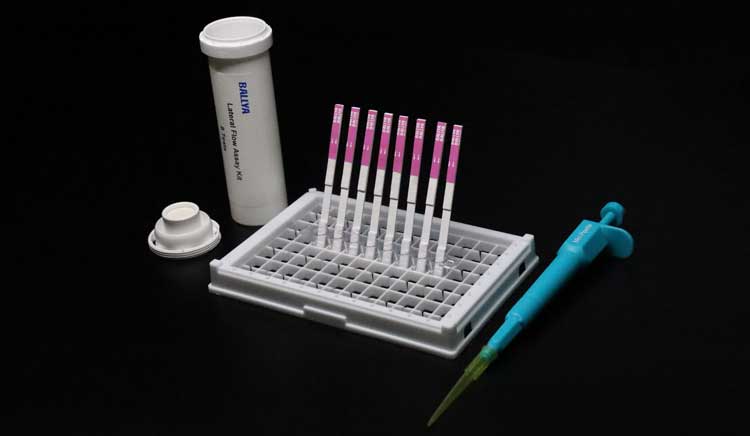 Tetracyclines Test is a colloidal gold immuno-chromatography assay that specially designed for detecting Tetracycline residue in egg and egg producst and meets EU MRL. This kit can be applied for on-site rapid testing by various departments.

The importance of Tetracyclines Test

How to use Tetracyclines Test?

How to order Tetracyclines Test?