β-lactam antibiotics (β-lactams) refer to a large class of antibiotics with a β-lactam ring in the chemical structure. Basically, all antibiotics including β-lactam nucleus in their molecular structure belong to β-lactams Antibiotics, which are the most widely used types of existing antibiotics, including the most commonly used penicillins and cephalosporins in clinic, as well as newly developed cephamycins, thiomycins, monocyclic β-lactams, etc. Atypical β-lactam antibiotics. Such antibiotics have the advantages of strong bactericidal activity, low toxicity, wide indications and good clinical efficacy.

Streptomycin is an aminoglycoside antibiotic. Its anti-tuberculosis special effect has created a new era of tuberculosis treatment.

Streptomyces bacteria is the most advanced actinomycete. A family of actinomycetes.
There are well-developed branched hyphae, without hyphae, and differentiated into vegetative hyphae, aerial hyphae, and 65 spore hyphae. Spore filaments then form conidia. The morphology and color of spore filaments and spores vary from species to species, and are one of the main identification traits of species. More than a thousand species have been reported, mainly distributed in the soil.

As a tuberculosis drug, although streptomycin has been in clinical use for more than half a century, it is still a first-line antituberculosis drug. It can also be used as a microbial source bactericide, which can effectively control plant bacterial diseases.

Allergic reactions: Both streptomycin and dihydrostreptomycin can combine with serum proteins to form a complete antigen, but the antibodies produced are different, so there is no cross-reaction. Dihydrostreptomycin can be used for those allergic to streptomycin.
Urinary system: Streptomycin can cause mild damage to the kidneys, patients may have proteinuria, tubular urine, etc., generally does not affect continued medication.
Other: There may be pain and swelling at the intramuscular injection site, which is generally very mild and does not last long.

1) Acute toxic reaction: numbness, dizziness, deafness, etc. are more common, most of them appear within 10 days after medication, the shortest appear numbness within 20 minutes after injection, lasting 1 to 6 hours, and the most serious can continue for 24 hours without disappearing. There is also perioral numbness, dizziness, movement disorders, headache, fatigue, vomiting, facial flushing, and in severe cases, sweating, dyspnea, and cramps are not easy to distinguish from anaphylactic shock. However, acute reactions are more likely to accumulate or gradually worsen, and some cases only appear at the beginning of the injection and disappear later. The acute reaction of streptomycin is generally considered to be related to the impurities it contains.

2) Chronic toxic reactions: ① Eighth cranial nerve damage; a) Damage to the vestibular system of the ear, mainly manifested by dizziness, headache, and frequent finger errors. Movement ataxia and the like will occur later; b) Cochlear damage: generally occurs later, often after a few months of medication or after withdrawal. The main symptoms are tinnitus and deafness. ② Local irritation: intramuscular injection of local pain, swelling, sterile abscess, etc. Intrathecal injection can cause fever, paleness, agitation, dyspepsia, convulsions, shock, and severe cases can lead to death. ③Damage to the kidney: Streptomycin has mild damage to the kidney, manifested as proteinuria and tubular urine, and some of the renal function temporarily declines and can be recovered after drug withdrawal. Serious permanent kidney damage is rare. ④Inhibition of bone marrow: manifested as leukopenia, thrombocytopenia, aplastic anemia and cytopenia. Leukopenia is common, aplastic anemia and whole blood cell reduction are occasionally seen. ⑤ There are also hirsutism, conjunctivitis, arthralgia, myocarditis, and toxic encephalopathy. 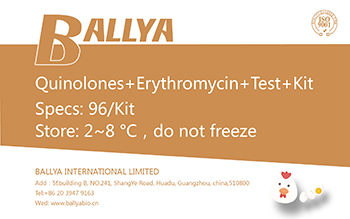