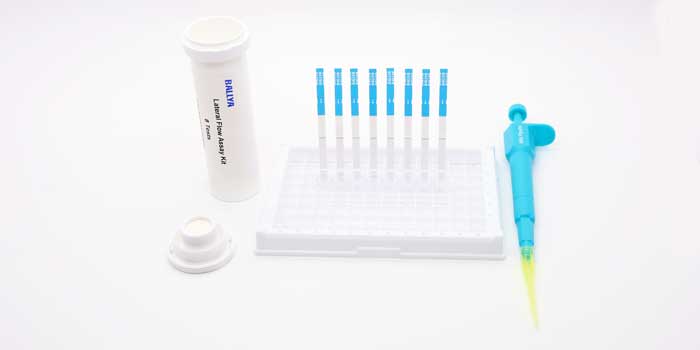 What is BALLYA Phenobarbital Test?

BALLYA Phenobarbital Test is manufactured by BALLYA, it’s rapid test for detection the content of phenobarbital in grains, food and seafood, especially in grains and food. Lateral flow assay test base on the gold immunochromatography assay technology.
Get A Free Quote!

Phenobarbital is a sedative and sleeping pill of barbiturates.

For long-acting barbiturates, the central inhibitory effect varies with dose. It has sedative, hypnotic and anticonvulsant effects.

It is also anti-epileptic, and has good effects on grand and localized seizures and status epilepticus; it has poor efficacy on minor epileptic seizures; it is often ineffective on psychomotor seizures, and may aggravate seizures when treated with this drug alone.

The renal tubules have a reabsorption effect, which prolongs the duration of action.

What is Phenobarbital used for?

(2) Hypnosis: It is occasionally used for intractable insomnia, but after waking up, it often has after effects such as fatigue and lethargy;

(3) Anticonvulsant: It is often used to combat convulsions caused by central stimulant poisoning or high fever, tetanus, encephalitis, cerebral hemorrhage and other diseases;

(4) Anti-epileptic: used for the treatment of grand mal seizures and partial seizures, with fast appearance, and can also be used for status epilepticus;

(6) Compatible with antipyretic analgesics to enhance its effects;

What is the harm of Phenobarbital?

On October 27, 2017, the list of carcinogens published by the International Agency for Research on Cancer of the World Health Organization was initially compiled for reference. Phenobarbital is in the list of 2B carcinogens

(1) After medication, dizziness, drowsiness and other sequelae effects may occur, and long-term use can produce tolerance and dependence. Repeated use should be wary of accumulated poisoning.

(2) A small number of patients may have allergic reactions such as skin rash, drug fever, and exfoliative dermatitis.

It is contraindicated in patients with allergy to this product, severe liver and kidney dysfunction, bronchial asthma, respiratory depression and porphyria.

Precautions for the use of phenobarbital

(1) When used for the treatment of epilepsy for a long time, the drug should not be stopped suddenly to avoid seizures or even status epilepticus.

(2) General application of 5-10 times the hypnotic dose can cause moderate poisoning, and 10-15 times the severe poisoning. When the blood concentration is higher than 8-10 mg/100ml, it is life-threatening. The symptoms of acute poisoning are lethargy, and then the breathing is superficial, the ventilation is greatly reduced, and finally respiratory failure and death.

(4) The speed of intravenous injection should not exceed 60 mg per minute, too fast can cause respiratory depression.

(5) Taking this product during pregnancy may cause hypothrombinemia and bleeding in newborns.
Note: The above content is for reference only! Please use this anesthetic under the guidance of an expert!

What specimen can be detected by BALLYA Phenobarbital Test?

Specimen include: all kinds of grains, food and seafood. Widely used in feed industry and food processing industry.
You can choose the right products according to your needs.

To protect the animal have health grain, food, seafood and medicine, avoid contaminated food. The excess phenobarbital is harmful for animal being, can’t take too much in the body. 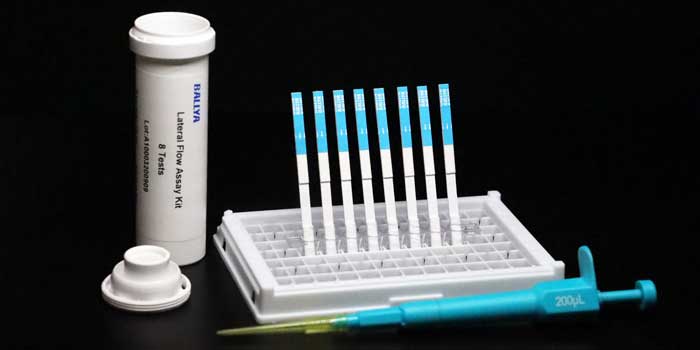 How to use BALLYA Phenobarbital Test?

BALLYA Phenobarbital Test is a qualitative test kit. It’s only for screening purpose. If have positive cases or suspected case, maybe use other detection method to make a further detection, such as, ELISA, PCR, qPCR, etc.

BALLYA Phenobarbital Test is suitable for the detection of phenobarbital residues in grain, food and seafood. Simple operation, high accuracy and short detection time are the characteristics of this product.

Where to buy BALLYA Phenobarbital Test?