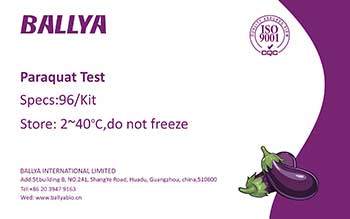 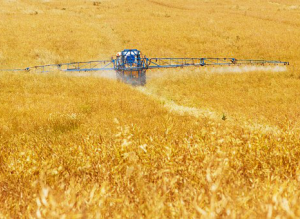 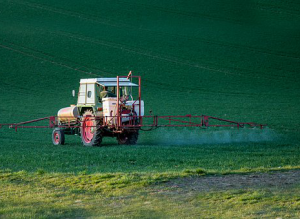 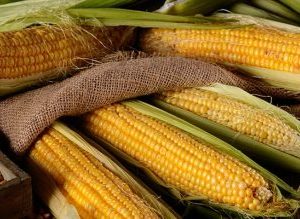 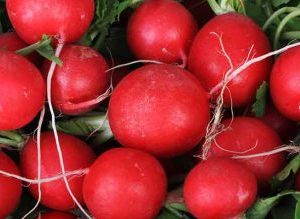 Introduction
The Paraquat Rapid Test is based on the Colloidal Gold Immunochromatography to detect the Quinolones residues in aquaculture products. This kit can be applied for on-site rapid or lab testing by various departments.

Trivia questions : What is Paraquat?

It is a fast-killing herbicide with contact killing effect and certain systemic effect. It can be quickly absorbed by plant green tissue, causing it to die. Has no effect on non-green organizations.

The active ingredient is extremely damaging to the chloroplast layer membrane, so that photosynthesis and chlorophyll synthesis are quickly stopped. The leaves begin to be damaged and change color 2-3 hours after application. Destructive effect, there is a certain conduction effect to destroy the green plant tissue, but it can not penetrate the embolized bark, and it is easy to be passivated after contacting the soil.

What is paraquat used for?

It can control all kinds of annual weeds; it has a strong killing effect on perennial weeds, but its underground stems and roots can sprout new branches; it has no effect on brown stems and trunks that have been woody. It is suitable for controlling weeds in orchards, mulberry fields, rubber orchards and forest belts. It can also be used to control weeds in non-cultivated fields, ridges, and roadsides. For corn, sugar cane, soybeans, and nursery plants, directional spraying can be used to control the weeds and grass.
It can be used as a defoliant for harvested crops in machine harvesting and can be used as an auxiliary agent in the later period. Because the crop does not achieve the desired defoliation effect when the harvest period is approaching, paraquat can be used to quickly kill the green tissue of the crop and dehydrate it to dry, without affecting the short-term stacking and harvesting of the harvested fruit after mechanical harvesting transport.

When to use paraquat?

It can be used when weeds are in full bloom, and can be used in pre-sowing or post-sowing pre-sowing treatment, or in the middle and late stages of crop growth, using protective directional spray to control row weeds. Should be used on sunny days, try to avoid rainy days.

How to use paraquat?

1. Paraquat is a biocide herbicide and is used in gardens and crops during the growing season. Avoid contaminating crops to avoid phytotoxicity.
2. Protective measures must be taken when dispensing and spraying. Wear rubber gloves, masks, and work clothes. If the drug solution splashes into the eyes or skin, rinse immediately.
3. Do not transfer the liquid medicine to fruit trees or other crops during use. Vegetable fields must be used when there are no vegetables.
4. Spraying should be even and thoughtful. 0.1% detergent powder can be added to the liquid to improve the adhesion of the liquid. It can basically guarantee the efficacy when it is rained for 30 minutes after application.

Paraquat is extremely toxic to humans, and there is no specific antidote. Oral poisoning has a very high mortality rate.
Paraquat has a stimulating and corrosive effect on the skin and mucous membranes. Systemic poisoning can cause multiple system damage, especially lung damage, which can cause changes in lung congestion, hemorrhage, edema, transparent membrane formation and degeneration, hyperplasia, fibrosis, etc. It can cause liver and kidney damage and involve the circulation, nerves, blood, gastrointestinal tract, bladder and other systems and organs.

There is no specific detoxification agent. Paraquat-specific antibodies are still in the experimental research stage. The drug treatments that have been used in clinic are:
1. Competitive agent: Propranolol can compete with the lung-bound toxicant to release it and then be cleared. Imipramine has a similar effect, but the clinical effect is still difficult to make a positive evaluation.
2. High-dose cyclophosphamide and dexamethasone treatment: intended to prevent pulmonary fibrosis, it was once considered to be quite effective, but then a prospective study with a controlled observation found that the mortality rate was still as high as 60% or more, and there was no There are significant differences, so further research and observation are needed.

Paraquat is highly toxic to humans, causing great harm to human organs, and there is no specific antidote. The mortality rate of oral poisoning can reach more than 99%. It has been banned or strictly restricted in more than 20 countries. Therefore, the paraquat test is an indispensable link.
The paraquat rapid test kit provided by BALLYA can effectively detect paraquat residues in agricultural products. It is not only simple to operate, but also has short detection time and high accuracy. 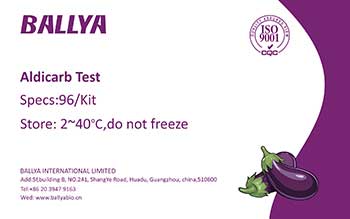 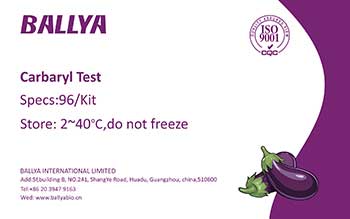 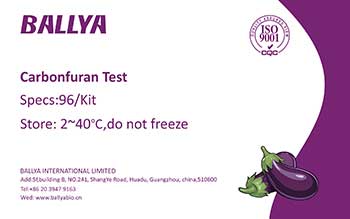 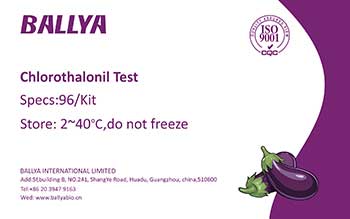 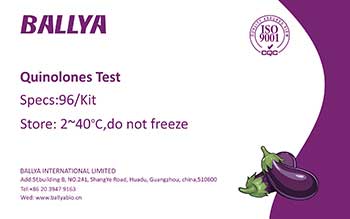 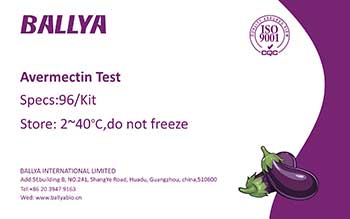