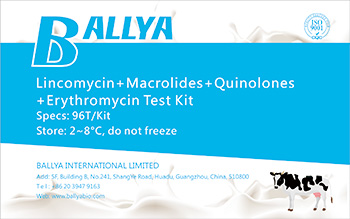 4 Sensor Kit, rapid to detect four types antibiotics residues in milk and dairy product by using colloidal gold immune-chromatography technology. As soon as 7-10 minutes to results.
Get A Free Quote! 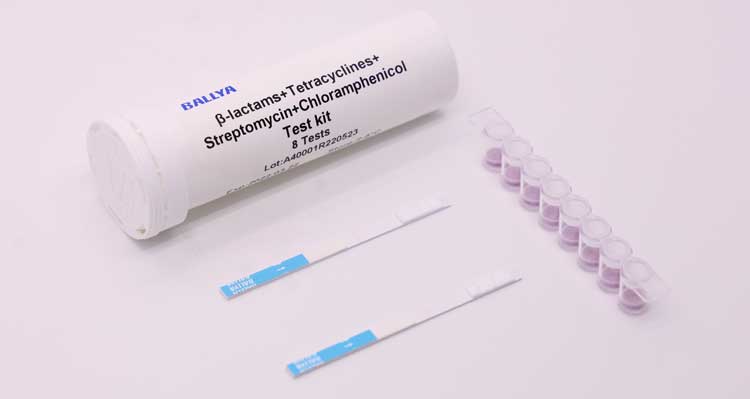 It has poor oral absorption, and high concentrations in bile and feces which can easily cause intestinal flora disorders. When liver and kidney function decline, the half-life is prolonged.

It can inhibit bacterial protein synthesis, and have antibacterial effect on most gram-positive bacteria and some anaerobic gram-negative bacteria.

Macrolides are a class of antibiotics with Macrocyclic lactone. Macrolide potential groups and sugar derivatives are connected by glycoside bonds to form macromolecular antibiotics.

A. The first generation of macrolide antibiotics. Specifically, there are erythromycins, which is commonly used for respiratory problems, as well as josamycin and acetylspiramycin. Compared with erythromycin, these macrolide antibiotics have an improved effect on drug-resistant bacteria, but their liver toxicity is still obvious and can easily cause poisoning.

It can be divided into four generations according to the sequence: the first generation is nalidixic acid synthesized in 1962, which has been eliminated due to poor absorption, high toxicity, and poor antibacterial effect; the second generation is piperidine synthesized in 1973 Pipemidic acid, etc., mainly used for urinary tract and digestive tract infections caused by gram-negative bacteria; the third generation is fluoroquinolones, such as norfloxacin and ciprofloxacin, that have been introduced since the 1980s, such as Ofloxacin, Levofloxacin, Lomefloxacin, Fleroxacin, Sparfloxacin, etc.

Some literatures call the fluoroquinolones produced from the late 1990s to the present as the fourth generation, such as Moxifloxacin and Gemifloxacin, gatifloxacin, etc. The third and fourth generations are currently important drugs for the treatment of bacterial infectious diseases.

Quinolones are bactericides, which have obvious effects on bacteria in the stationary phase and the growth and reproduction phase.

Even if the blood drug concentration has been reduced to an undetectable level, it still has a significant inhibitory effect on some bacteria within 2 to 6 hours, indicating a significant post-antibacterial effect.

Erythromycin is produced by streptomycin and is a macrolide antibiotic. Its free base is for oral use, and its lactobionate is for injection. In addition, there are still ethyl succinate, dodecyl sulfate of propionate for medicinal use.

Erythromycin can penetrate the bacterial cell membrane and reversibly bind to the 50S subunit of the bacterial ribosome near the donor site (P site), blocking the transfer of t-RNA from binding to the P site, and at the same time blocking peptides chain from the acceptor site (A site) to the P site, thereby inhibiting bacterial protein synthesis.

The detriment of Lincomycin, Macrolides, Quinolone and Erythromycin

The concentration of antibiotics in environmental waters is generally trace amounts (ng/L). Current related research shows that antibiotic residues in surface water and drinking water in countries around the world are relatively common. For example, 21 antibiotic residues were detected in 139 rivers in 30 states in the United States, and sulfonamides were detected in the Yangtze River Delta and the Pearl River Delta in China.

At the same time, the coexistence of multiple antibiotics in the environment creates favorable conditions for the growth of drug-resistant, especially cross-resistant strains. 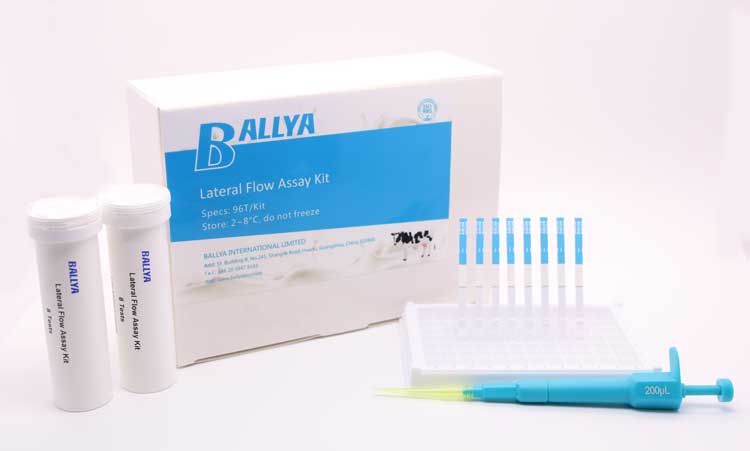 How to use Lincomycin Macrolides Quinolone Erythromycin Combo Test?

How to order a Lincomycin Macrolides Quinolone Erythromycin Combo Test?