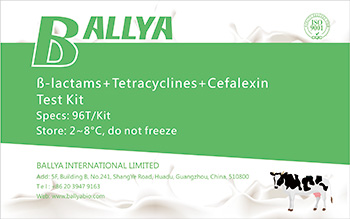 Tri Sensor Kit, rapid to detect betalactam, tetracycline and cefalexin residues in milk and dairy product by using colloidal gold immune-chromatography technology. As soon as 7-10 minutes to results.
Get A Free Quote! 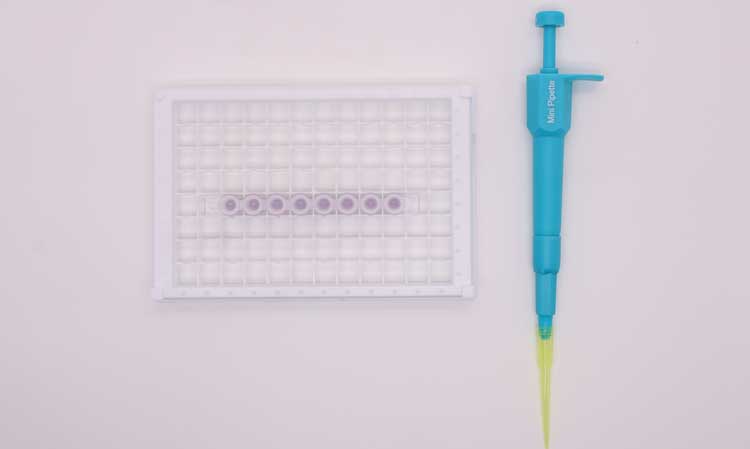 Beta-lactams, Cyclic amides, are named with Greek letters to indicate the number of ring members: β-lactam antibiotics refer to a large class of antibiotics with β-lactam rings in the internal structure of the chemical, including penicillin and its derivatives, cephalosporin Bacteriocins, monoamide rings, carbapenem and penicillene enzyme inhibitors, etc., as well as newly developed cephalosporins, thiomycins, monocyclic β-lactams and other atypical β-lactams Antibiotics.

Basically all antibiotics that include β-lactam core in their molecular structure belong to β-content amide antibiotics.

Tetracycline is a purely natural antibiotic that can quickly inhibit the growth of bacteria by interfering with the synthesis of bacterial protein, and can kill bacteria when the concentration is very high.

Tetracycline is a broad-spectrum antibiotic that inhibits both Gram-positive bacteria and Gram-negative bacteria. It also has a strong inhibitory effect on Rickettsia, Mycoplasma, and Chlamydia, and certain spirochetes.

Tetracycline is ineffective against typhoid fever, tuberculosis, fungi and viruses. Tetracycline and oxytetracycline used to be the main antibiotic for the patient's anti-infection treatment for a long time.

Later, due to the increasing number of drug-resistant bacteria, the effect of tetracycline antibacterial treatment was getting weaker, and the adverse reactions of tetracycline were numerous.

Now it has been basically eliminated. Tetracycline can now also be used in combination with other drugs to treat peptic ulcers caused by Helicobacter pylori infection, mycoplasma, chlamydia and rickettsia infections.

Tetracycline hydrochloride has a broad-spectrum anti-pathogenic microorganism effect, is a fast antibacterial agent, and has a bactericidal effect on certain bacteria at high concentrations.

The mechanism of action is that the drug can specifically bind to the A position of the 30S subunit of the ribosome to prevent the connection of aminoacyl-tRNA at this position, thereby inhibiting the growth of peptide chains and affecting the protein synthesis of bacteria or other pathogenic microorganisms.

It is mainly used to treat mild infections of the respiratory tract, urinary tract, skin and soft tissues caused by penicillinase-producing sensitive bacteria. The incidence of allergic reactions to penicillin allergy to this drug is about 1.1%. Local application is very irritating, and injection administration is limited.

Cephalexin is a semi-synthetic first-generation oral cephalosporin. Its mechanism of action is to inhibit bacterial cell wall synthesis by combining with one or more penicillin binding proteins (PBPs) of bacteria (cephalexin mainly binds to PBP-3), thereby playing an antibacterial effect.

The antibacterial spectrum of cephalexin is similar to that of cephalothin, but its antibacterial activity is worse than the latter. Except for enterococci and methicillin-resistant staphylococci, gram-positive cocci are sensitive to cephalexin.

Cephalexin has a good antibacterial effect on Neisseria spp. and less sensitive to influenza bacilli. It has certain antibacterial effects on some Escherichia coli, Proteus mirabilis, Klebsiella pneumoniae, Salmonella, and other Enterobacter spp, Acinetobacter, Pseudomonas aeruginosa and Bacteroides fragilis.

The hazards of Betalactam, Tetracycline and Cefalexin

The problem of resistance caused by antibiotic residues has seriously affected our treatment of bacterial infection-related diseases.

The Antibiotic Resistance: Global Surveillance Report issued by the World Health Organization on April 30, 2014 pointed out that seven different bacteria that cause blood infections (sepsis), diarrhea, pneumonia, urinary tract infections and gonorrhea are resistant to antibiotics.

As the last treatment for gonorrhea, the third-generation cephalosporin has no effect in Austria, Australia, Canada, France, Japan, Norway, South Africa, Slovenia, Sweden and the United Kingdom. However, many people around the world get gonorrhea every day.

When animals are administered drugs, the drugs are excreted in feces, urine and other excreta in the form of original or metabolites. Residual drugs are still active in the environment, which will pollute soil microorganisms and insects.

According to reports, the concentration of erythromycin and sulfamethoxazole in the sewage pond of animal farms can reach 69g/L. The discharge of these drugs pollutes the environment and destroys the ecological balance.

In recent years, researchers have suspected that the increasing incidence of tumors in the population is related to environmental pollution and animal food drug residues. Estrogen, nitrofurans, arsenic preparations, etc. have all been shown to have carcinogenic, teratogenic, and mutagenic effects. 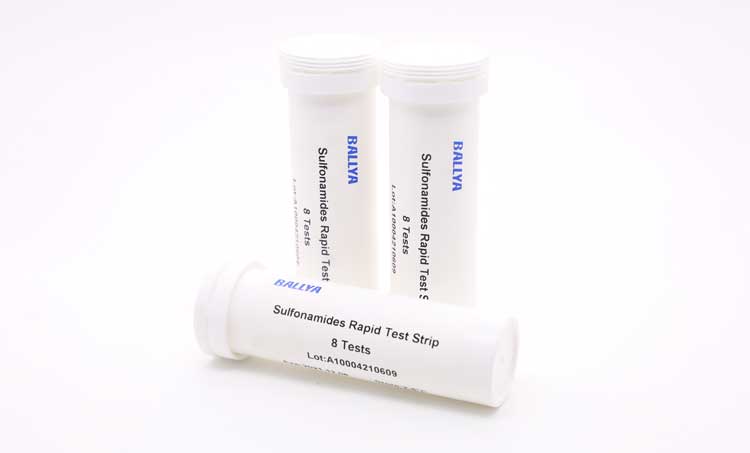 How to use Betalactam Tetracycline Cefalexin Combo Test?

When antibiotics were first used on humans, we regarded them as "panacea". As the problem of antibiotic abuse continues to worsen, their resistance has also brought huge harm to humans.

How to order a Betalactam Tetracycline Cefalexin Combo Test?