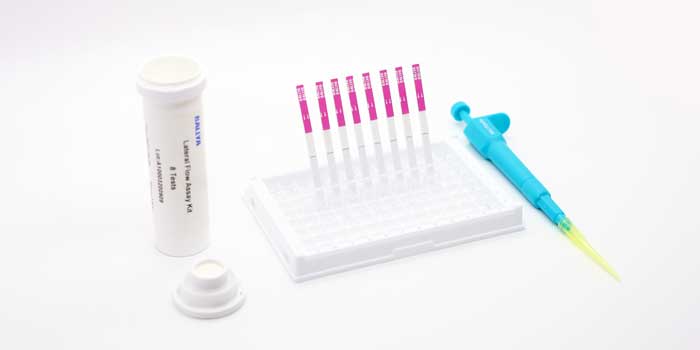 What is BALLYA Dioctyl Phthalate Test?

BALLYA Dioctyl Phthalate Test is manufactured by BALLYA, it’s rapid test for detection the content of dioctyl phthalate in grains, food and edible oil, especially in grain and food. Lateral flow assay test base on the gold immunochromatography assay technology.
Get A Free Quote!

What is Dioctyl Phthalate?

Dioctyl Phthalate is a colorless and transparent liquid with a special odor. It has a melting point of -55 °C, a boiling point of 386.9 °C, and the solubility in water at 25 °C is <0.01%, and the solubility in water is 0.2%. Soluble in most organic solvents and hydrocarbons, slightly soluble in glycerol and ethylene glycol. It has good compatibility with most industrial resins.

What is Dioctyl Phthalate used for?

Dioctyl Phthalate is the most widely used plasticizer. Except for cellulose acetate and polyvinyl acetate, it has good compatibility with most synthetic resins and rubbers used in industry.

The European Commission for Health and Environmental Sciences pointed out that the DEHP exposure of patients undergoing long-term renal dialysis may exceed the tolerable daily intake.

What is the harm of Dioctyl Phthalate?

The vapor pressure of DEHP is low, and the temperature of the PVC manufacturing process is quite high, so the released DEHP also increases, causing people to pay attention to its health risks. DEHP is absorbed by food and water. DEHP has been detected in milk and cheese. Foods in contact with containers containing DEHP can also be contaminated, especially high temperature and non-polar solvents, such as foods with high oil content in PVC packaging.

DEHP will be hydrolyzed into DEMP (mono-2-ethylhexyl phthalate), and continued hydrolysis will generate phthalic acid salts. Alcohols released during DEHP hydrolysis are easily oxidized to produce aldehydes and carboxylic acids.

Effect of Dioctyl Phthalate on the organism

Phthalates enter the body of humans and animals to have an effect similar to estrogen, which can interfere with endocrine, and is a potential endocrine disruptor. If the concentration of phthalates in adult males is higher, the number of sperm will decrease, and the quality and motility will be worse. Women will increase the risk of breast cancer and endometrial cancer.

Because DEHP has a great impact on growing children, some countries have banned DEHP from toys.

A clinical study showed that taking or long-term exposure to DEHP has a significant effect on cardiomyocytes. In vitro studies have also shown that these compounds can cause irregular heart rhythms. After the cardiomyocytes are treated with DEHP, the number of junction proteins in their gap junctions will be significantly reduced.

DEHP can cause liver tumors in animals and is considered to be one of the possible carcinogens for humans.
Note: The above content is for reference only! Please use this plasticizer under the guidance of an expert!

What specimen can be detected by BALLYA Dioctyl Phthalate Test?

Specimen include: all kinds of grains, food and edible oil. Widely used in feed industry and food processing industry.
You can choose the right products according to your needs.

To protect the animal have health grain, food, and edible oil, avoid contaminated food. The excess dioctyl phthalate is harmful for animal being, can’t take too much in the body. 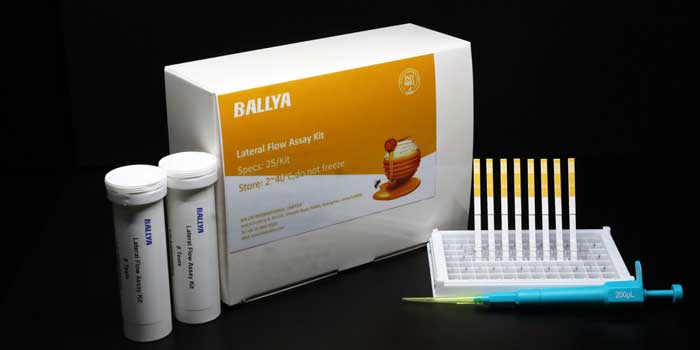 How to use BALLYA Dioctyl Phthalate Test?

1. Take some grain or food specimen
2. Add the supernatant to cassette
3. Wait for 15 minutes to result
4. For details of operation, refer to the kit instruction

BALLYA Dioctyl Phthalate Test is a qualitative test kit. It’s only for screening purpose. If have positive cases or suspected case, maybe use other detection method to make a further detection, such as, ELISA, PCR, qPCR, etc.

BALLYA Dioctyl Phthalate Test is suitable for the detection of dioctyl phthalate residues in grain, food and edible oil. Simple operation, high accuracy and short detection time are the characteristics of this product.