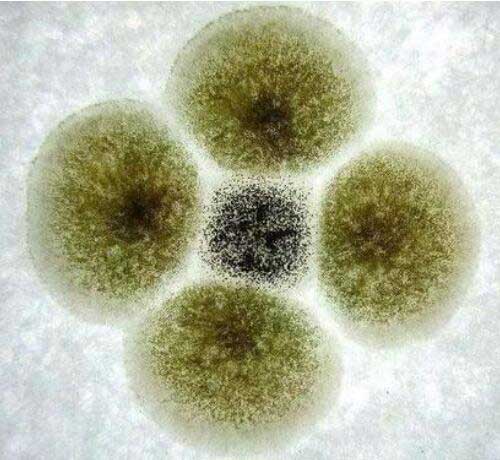 Mycotoxins mainly refer to the toxic metabolites produced by mold in the food they contaminate. They can enter humans and animals through food or feed, causing acute or chronic toxicity to humans and animals, and damaging the liver, kidneys, nerve tissue, hematopoietic tissue and skin tissue, etc.

Mycotoxins form when crops can be harvested in the field. Under terrible storage conditions, mycotoxins can continue to form on crops after harvest. High humidity generally favors the growth of mold and mycotoxins in the feed. Temperature is another important factor. Crops under high temperature and arid environment are susceptible to mold spores. Once conditions permit, mold spores can produce mycotoxins.

Aflatoxin (AFT) is a difuran ring toxin produced by certain strains such as Aspergillus flavus and Aspergillus parasiticus. There are about 20 kinds of its derivatives, named B1, B2, G1, G2, M1, M2, GM, P1, Q1, and poison alcohol. Among them, aflatoxin b1 is the most toxic and the most carcinogenic.

Zearalenone, also known as F-2 toxin, was first isolated from corn with head blight. The toxin-producing bacteria of zearalenone is mainly strains of Fusarium, such as F. graminearum and F. tricinctum, Fusarium culmorum, wood Fusarium equiseti, Fusarium sernitectum, Fusarium solani and other species. Fusarium species generally require 22% to 25% humidity to propagate in corn.

Ochratoxin is another mycotoxin that has attracted worldwide attention second to aflatoxin. It is a group of important food-contaminating mycotoxins produced by 7 species of Aspergillus of the genus Aspergillus and 6 species of Penicillium of the genus Penicillium. Among them, ochratoxin a is the most toxic, the most widely distributed, the heaviest pollution to agricultural products and has the highest toxin production.

The T-2 toxin is one of the trichothecenes (TS) compounds produced by a variety of fungi, mainly Fusarium tritheca. It is widely distributed in nature and is a common toxin that pollutes field crops and stockpiled grains, and it is harmful to humans and animals.

Vomitoxin, also known as deoxynivalenol (DON), belongs to trichothecene's compound. It is named because it can cause vomiting in pigs and has a certain harmful effect on the human body. The European Union classification standards see it as a third-level carcinogen.

In 1995, Blanc detected a mycotoxin harmful to humans and animals-citrinin in the culture of Monascus. Citrinin contains a carboxyl group, and has two forms: ionic state and non-ionic state (carboxyl group and adjacent ketone group and hydroxyl group form intramolecular hydrogen bonds).

It is lemon yellow needle-like crystals in absolute ethanol or benzene-cyclohexane, with a melting point of 175°C. It is soluble in hot alcohol, ethyl acetate, benzene, acetone, chloroform, slightly soluble in diethyl ether and ethanol, while insoluble in water. It is a kind of antibiotics that inhibit the growth of bacteria.

According to the study, based on its LC50 value, the toxicity of citrinin is considered to be at the same level as that of aflatoxin B1 (LC50 is between 10-100μg/mL). The LD50 of citrinin injected subcutaneously and intraperitoneally in rats and mice is 67mg/kg and 35mg/kg, respectively, and its toxicity is above moderate.

The target organ of citrinin is the kidney. For example, if citrinin is added to the pig feed at the dosage of 200mgkg-1 per day, nephropathy will appear within 1 to 2 months. Although the toxicity of citrinin is not as strong as that of aflatoxin B2, it is still used as a strict control indicator for food pollution abroad. The latest research results show that citrinin also has a toxic effect on genes.

Factors affecting the growth and toxicity of mold

The key factors for the risk of infection with mycotoxins in the field are the previous crop, crop stalks, crop type, field management, crop flowering and weather during harvest. Crop stalks and some residues on the soil surface are the main breeding grounds for molds, especially the residues of corn and wheat after harvest.

Tillage, especially deep ploughing, can reduce the residues that have been infected by mycotoxins on the ground and reduce the overwinter mold. A series of environmental stress factors such as drought, lack of fertilizer, high crop density, weed competition, insects or mechanical damage can promote the production of mold and the formation of mycotoxins. Zearalenone, fumonisin and trichothecenes compounds are easily produced in the field, inclusive of vomiting toxin, T-2 toxin, etc.

Warehouse is an area with a high incidence of mycotoxins. The factors that affect mold growth and toxin production during storage mainly include: mold growth environmental factors (temperature, humidity, pH, nutritional factors), and the interaction of many kinds of microbes, feed ingredients.

Most toxin-producing molds are medium-temperature microorganisms living at 4-60 °C. Toxigenic molds do not produce toxins necessarily at a suitable temperature.

Molds can grow in a relatively wide range of pH values, but the pH range required for toxin production is relatively narrow. Most mycotoxins are produced in the acid pH range, which is the general range of feed values. Like humidity, the range of values required to produce toxins is also affected by environmental factors such as nutritional factors.

The growth of mycotoxin also lies in biological factors. Various molds can interact with each other during the growth and production of toxins. Cuero's (1987) study showed that on various media of sterile corn, rice kernels, and corn and rice malt extracts, Aspergillus flavus, Penicillium virens and Fusarium graminearum only produce aflatoxin and zearalenone in corn.

How to prevent the generation of mycotoxin effectively?

Controlling the source of mycotoxins is the initial stage of mycotoxin control. In this stage, resistance breeding can be used to cultivate anti-fungal crop varieties. Rational farming, irrigation and fertilization, and timely harvest to reduce the growth of mold and mycotoxins are needed. When it comes to corn, wheat and rice and other fine crops, plowing the residues of the previous crop harvest and timely harvesting can effectively reduce mold pollution. At the same time, a blower can be used to remove the grain husk, which has the highest mycotoxin content.

To control the degree of mold contamination, moisture is fundamental. Since corn and other grains are the main source of moisture and mold in feed, the first step is to control the moisture in the raw materials to keep the mold in a low metabolic activity state. After the raw materials are harvested, they must be dried quickly and the moisture content is controlled within a certain range.

Corn is one of the most prone to moldy feed ingredients. Complete corn is less likely to be infected by mycotoxins due to the presence of seed coats. Crushed grains and powders do not have the protective effect of seed coats and are rich in nutrients, easy to be infected by mold to produce mycotoxins. The content of mycotoxins in the powdered corn is often several to tens of times than that of the whole grain as the sieving to remove the powder and impurities in the corn will effectively remove the mycotoxin. The test results showed that the content of aflatoxin, zearalenone, and vomitoxin in corn sifted with a 4-mesh sieve was 85% lower than before. Through this simple action, the content of mycotoxins can be significantly reduced. As a self-feeding pig farmer, it is indeed worth using.

There is a new type of anti-mold packaging for feed. The feed can be kept in the bag without mildew for a long time. The material of the bag is made of polyolefin resin, which contains 0.01%～0.50% vanillin. The outer layer of the bag is covered with polyolefin resin film, which can prevent vanillin or ethyl vanillin from slowly evaporating and diffusing into the feed. So it can prevent mildew, and this aromatic smell can also improve the palatability of feed.

Adding antifungal agents to feed formulation is a crucial mycotoxin prevention method. An anti-mold agent can be added to the feed during processing. Feed antifungal agents can destroy the cell structure of microorganisms or enzymes, so that the enzyme protein in the mold loses activity and cannot participate in catalysis, thereby inhibiting the proliferation of molds and the production of toxins.

When using antifungal agents in feed, pay attention to the dosage. Excessive dosage will not only affect the original taste and palatability of the feed, but also cause acute and chronic poisoning in animals and excessive drug residues.

Molds are widespread, and if appropriate temperature and moisture are added, mycotoxins may be produced. The economic loss it brings to producers is often incalculable, so the most effective and wise approach should be to effectively control the source and storage of feed, and pay more attention to the hygiene of the farm.